I have long been a fan of the Leica D-Lux series of compact cameras and have followed their evolution from the D-Lux 2 model to the latest incarnation, the D-Lux 6. The original D-Lux model emerged in May 2003, but had a different look to later versions and apart from its compact nature, shares little of the DNA of the later series. 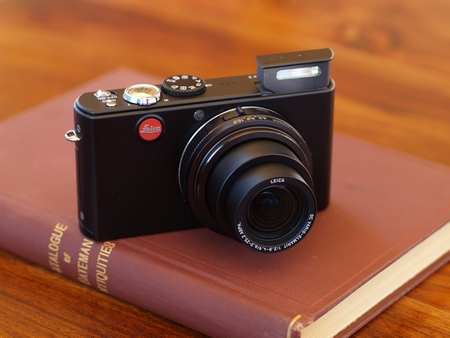 Sometimes a photo event calls for discretion, and a compact camera can prove the perfect compromise offering quiet operation and a tiny footprint. Image quality can suffer when compared to SLR’s due to the small and often noisy sensor size. This, however, has been addressed by some manufacturers by adding larger APS-C sensors to certain models.

The D-Lux series are not true Leica cameras inasmuch as the R&D was shared with Panasonic. And this becomes obvious when comparing them to the Panasonic  LX series; the feature set is pretty much identical but they differ in their finishes – the Panasonic version sporting a small but useful integral handgrip (optional handgrips are available for the Leica equivalents).  The lenses, too, are identical and bear the Leica name, so quality is assured irrespective of where they are manufactured. There are unsubstantiated rumours about the software being ‘tweaked’ by Leica for the D-Lux series.

True to form, Leica charge almost a third more than Panasonic for what is, fundamentally, the same camera. And this is the same for peripherals such as cases, batteries etc. So why buy the Leica? If I was to be honest, it was the looks of the D-Lux 3 and the fact it sported the legendary red dot that persuaded me to jump in. These are not usually deciding factors for me when purchasing equipment, but its excellent build quality and more than a whiff of traditional design was difficult to resist.

We have had the D-Lux 3 for several years as our truly portable option for family events and holidays. It is so small that there is little excuse for not taking it along in a bag or packet. OK, so this is an old model now, but it still functions 100% and the specifications hold their own with all but larger sensor compact cameras. But it is the tiny sensor size that lets it down a little (1/1.65), particularly with higher iso settings and when using the inbuilt jpeg engine. However, excellent results are possible when switching to RAW and being a little more sympathetic with the processing. 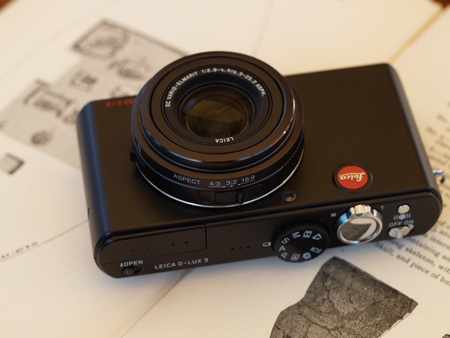 One of my favourite features is the sliding aspect ratio switch located around the lens barrel housing. I love the 16:9 ratio and am pleased this feature had been retained through successive generations.  I also like the ability to be able to take occasional movies, particularly on holidays. Whilst not HD, they serve as nice memories, and are more than adequate for my own personal viewing as movies do not feature high in my photographic interests. Apart from the Pentax K-5, this is the only other camera we have that supports a movie mode.

The lens is a very useful 28–112mm equivalent 2.8-4.9 optic which covers an excellent range, albeit a tad slow at the telephoto end. Later models introduced different lenses, all of which are faster than that of the D-Lux 3.

I shoot the camera mainly in aperture priority mode and have found the metering and white balance systems to be very accurate. The tiny pop up flash can be very useful for photographing group gatherings, but unlike its successors, the D-Lux 3 does not sport a hot shoe for external flash (or electronic viewfinder).

As with other Leica models, the D-Lux range has been available as limited editions in special colours such as titanium and safari green, and I must admit to almost caving in and purchasing a titanium D-Lux 5. Fortunately sense prevailed and the urge eventually subsided. There is no doubting that some of Leica’s special editions are works of beauty – things to admire rather than use and I have enough closet queens without adding more to the collection.

So will we ever purchase another in the D-Lux series? Unlikely while the D-Lux 3 still keeps going and we have the slightly larger but less versatile X1. But I would never say never…particularly if another special edition comes along that weakens my resolve.