2016 was a big year for us in terms of building new, and extending existing camera systems, and I cannot believe that a year has passed by since my infatuation with Leica’s TL system began. It would be fair to say that the 2016 Photography Show had a huge impact on my decision and is conclusive proof that such events help greatly when evaluating new systems. 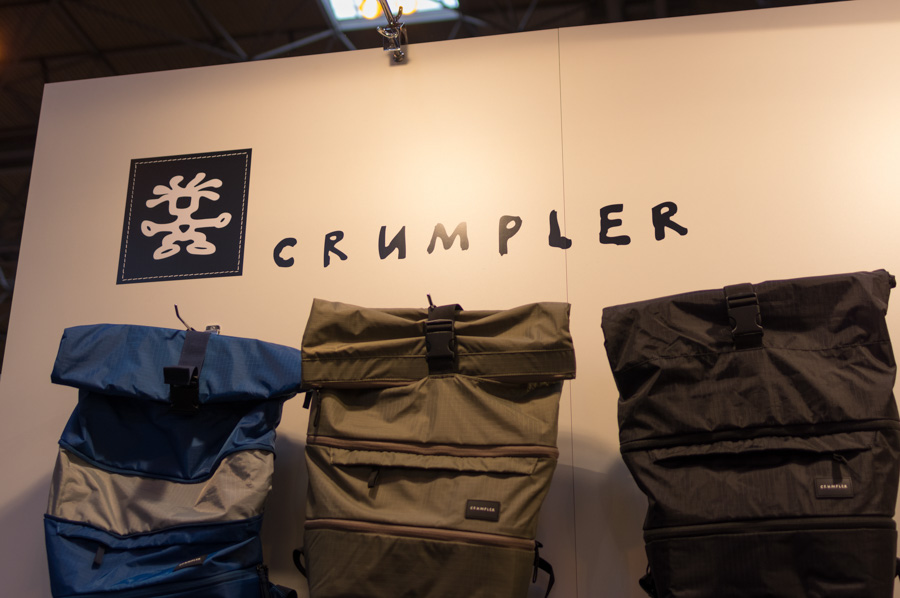 So here we are at the 2017 event and, similar to previous years, we have a list of vendors we wish to visit as well as a few intended purchases. It was with some disappointment that we learned Leica were not present this year as, given this is the manufacturer of my new system, I was hoping to discuss the TL system with them and get my hands on some of the lenses I do not own. The situation reminded me greatly of attending shows many years ago when I used the Olympus OM film system as they went through a period of not attending shows, much to my frustration. Whatever the reason for Leica’s ‘no show’, I really hope that they make the effort for 2018 as I am evidence that live marketing works (as it did in 2015 when I got my hands on a demo X 113 and walked away from the show with a new one).

Ethan has spent the last few months looking for a replacement backpack and tripod and has narrowed his search down to Manfrotto, therefore we wasted no time seeking out their stand for a bit of a hands on session.

His Pentax system has slowly grown over the last couple of years and, with the addition of a 31mm f1.8 lens toward the end of 2016, things have got a bit crowded in his existing Tamrac bag. Prerequisites are; 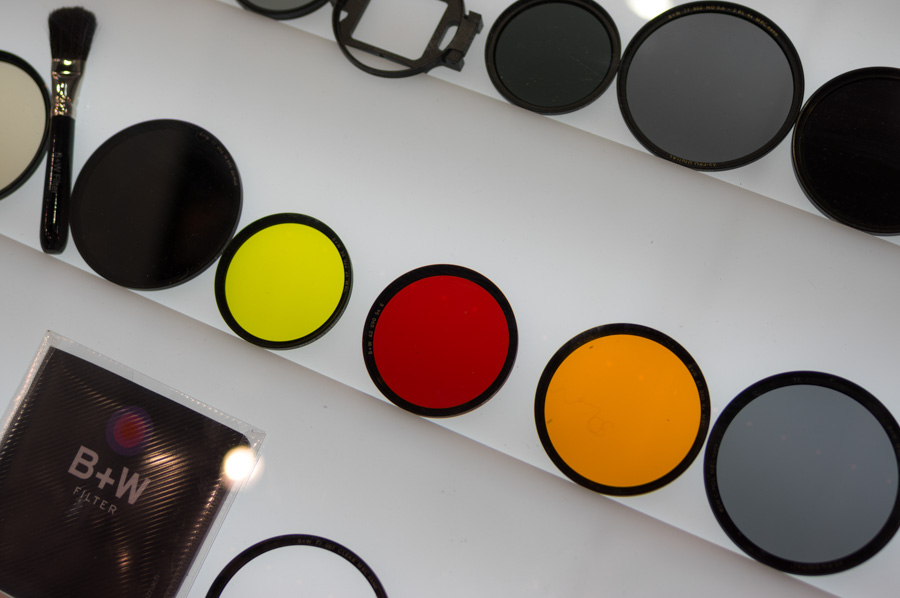 As Manfrotto purchased the KATA brand, and also maintain the National Geographic bag line-ups, their portfolio is pretty large and offers something for all types of photographer. We spent some time looking at several of their offerings before Ethan settled on a ProLight 3N1-36. This model ticked all of the boxes being much larger than his Tamrac. Wide, well padded straps ensure it feels comfortable. There is also a large amount of extra space for storing personal items.

The name Manfrotto has, for decades, been synonymous with quality when it comes to tripods. Ethan’s current Velbon model is excellent for studio work, but its weight and size make it cumbersome for field use and causes problems regarding weight when it comes to air travel. Addressing this issue is long overdue, so he made it a priority to resolve this at the show. The model he walked away with was a Manfrotto Carbon BeFree that is superbly lightweight (1100g), collapses to just 40cm long but extends to 142cm thus making a very useful travel tripod. It also attaches to the 3N1-36 bag perfectly.

Reviews of both of these items will be available when they have been fully field tested.

Even though neither of us are Olympus users anymore I will always have an interest in their product line due to my long relationship with their OM Film System and E-System lines. They were also one of the few companies that remained in the running until the end when I was looking at a new system. Always innovative and manufacturers of reliable gear, I was keen to get a first-hand look at their 25mm f1.2 lens, which would have been one of my choices had I gone with their m4/3 system. 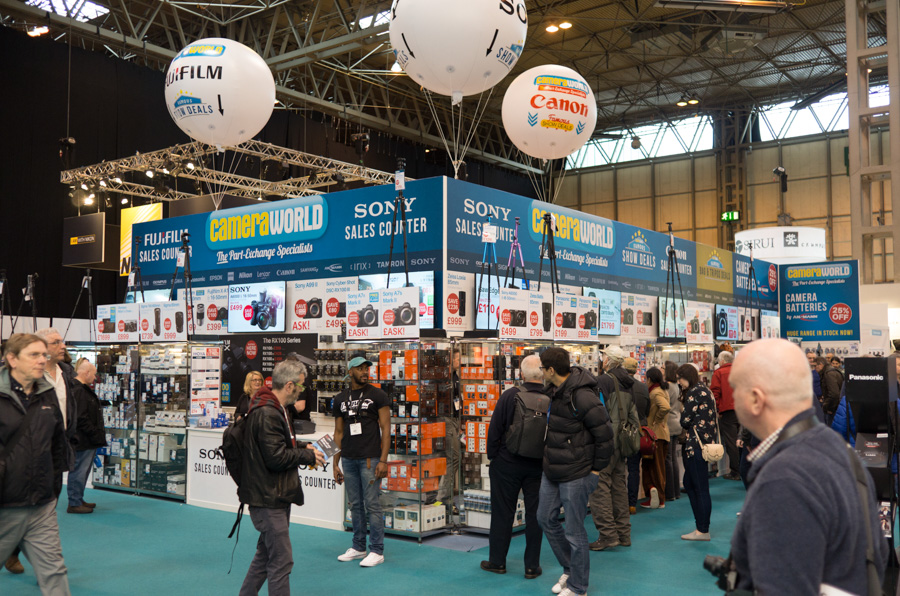 In real life I found the 25mm to be much smaller than anticipated and typically well built - hallmarks of Zuiko lenses. It is much smaller than my Summilux TL 35mm f1.4, which is remarkable given the additional brightness. These attributes are reasons why I will always  have an interest in Olympus gear.

A year on from when I last handled one. I am still fascinated by the Pen F, particularly in chrome and black finish. Yes, it does scream ‘retro’ which I feel is becoming a bit of a fashion cliché now, but there is no denying that it is a well-engineered and beautifully designed which I find quite inspirational. Picking up this camera makes me want to use it and if I was being honest, there are very few models from any manufacturer make me feel this way. My only criticism is that it feels a little on the light side and a bit unbalanced with some of the larger Zuiko optics.

The Ricoh Pentax stand was a big attraction for Ethan. Having used their K-5 and K-3 models for a few years now, he is a very satisfied customer. The K-1 caused interest enough for us to attend a launch event last year, and almost converted me to Pentax at the time. Just over a year on, and it appears to be the new K-P that is getting the attention now. We are told that it is not a replacement for the K-3 but a model that will run in parallel with it. The allure of Pentax’s ‘Holy Trinity’ of Limited lenses (31, 43 & 77mm primes) continues to torment Ethan. At the time of writing, he owns the 31 but I feel that it will not be too long before he has the others!

When the K-P was first unveiled we were unsure of what to make of it. From some angles it looked a real attractive piece of kit, from others not so much. After a bit of hands-on time at the Pentax stand, we were both very taken with it. Putting it next to Ethan’s K-3 showed just how much they have shaved off making it feel very similar to Olympus’ OMD. While the standard grip is considerably shallower a great deal of attention has been paid to the ergonomics making it comfortable to hold. The addition of built-in WiFi is always welcome, as is PixelShift. One thing we did notice was the ability to change between a mechanical and electronic shutter, having never seen this feature in a camera before we was unsure of its purpose. Unfortunately, even after messing about with it we are still as clueless! Still, an interesting feature non the less… 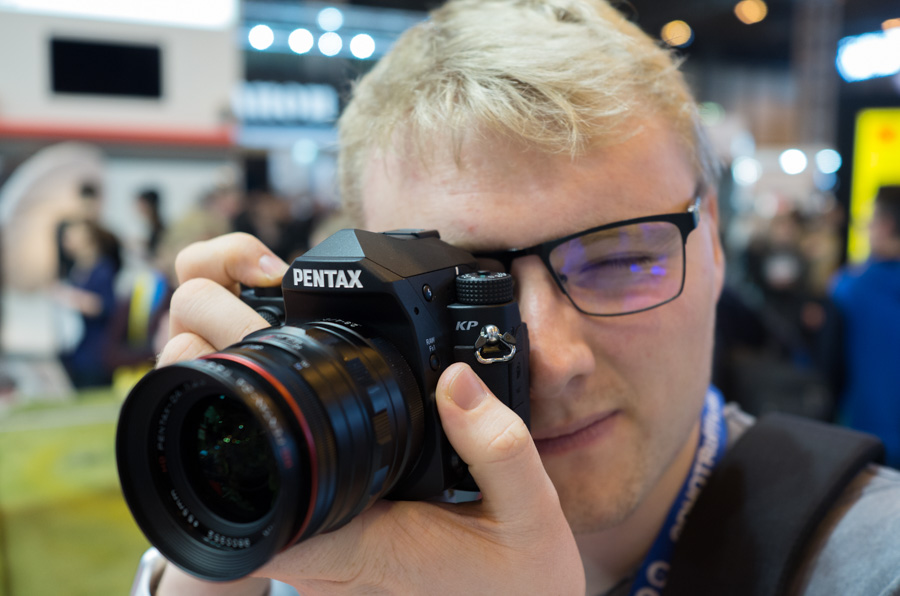 There was a time when I religiously covered all of my lenses with a UV filter, and collected a host of others such as ND’s, POL, UV and effects filters. The UV’s were primarily used to protect the front element of each lens, remaining in place at all times unless swapped for another kind. Over the last few years I seemed to have lost my paranoia of damaging lenses…ironic really as my recent love affair with Leica has seen me purchase the most expensive lenses of my entire photographic career. At present I do not use any kind of filtration, but I do have a requirement for a C-POL. Buying into a new camera system has resulted in none of my existing filters fitting the new lenses. To make things a little worse, two of my lenses use a more uncommon 60mm filter size.

Knowing that B&W were attending the show was very good news as, along with Heliopan, they had made it to my short list of filter manufacturers. Given that I could not find a source for Heliopan, seeking out the B&W stand became something of a necessity.

A discussion with one of the B&W team was very useful and I quickly learned that they produced a high transmission Polarising filter that sounded perfect for my requirements. One of the defining attributes was that it was suitable for apochromatic lenses, which means it matches my 60mm perfectly.

The only problem was that none of the vendors had one in stock so I placed an order to allow me to take advantage of show discounts.

There is never a year goes by when we are not lured into the Paramo stand as their clothing suits photography very well, and we are keen hill walkers. Some of the kit we have purchased from them is more than ten years old and still holds up to extremes of weather. What has always surprised me is that they have never got into bag manufacturing as the materials they use are very durable and they seem innovative enough to be able to bring something new to the rather crowded bag/backpack table. 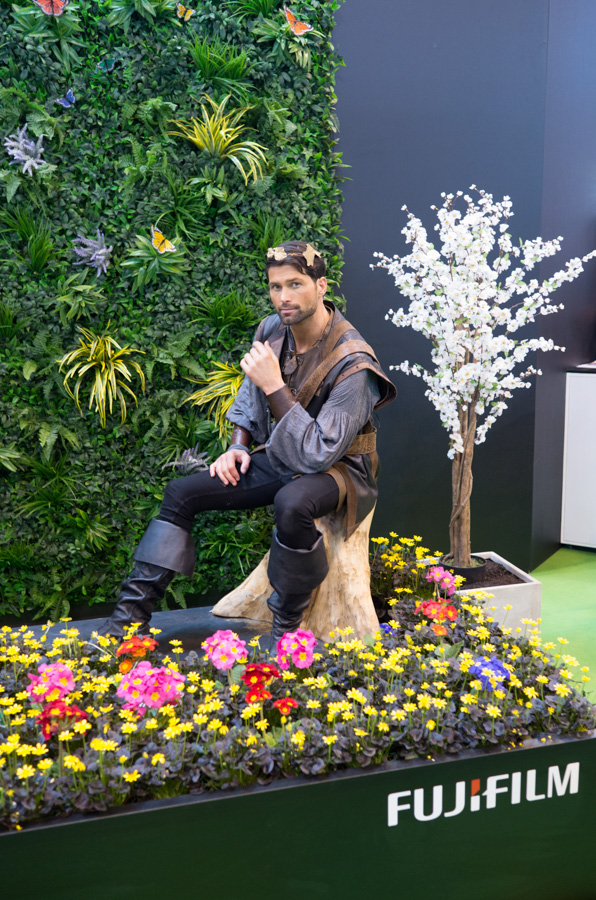 As usual, the rails were bursting at the seams with superbly made apparel and (also as usual) I was attracted to their range of jackets which are some of the finest photography coats I have used. If my budget was large, I could easily take a new one home every year, but given their longevity, there is little point… I still regularly wear one purchased in 2005!

While on the subject of clothing, I would love to see COOPH (Cooperative of Photography) make an appearance at the Photography Show. They manufacture a great line of clothing and accessories with the photographer in mind. Their shirts feature unusual and original designs, some of which have lens cap pockets and built in lens cleaning cloths. See their on-line store here http://store.cooph.com/.

Anyone reading through the articles on PhotoArk will find my fondness for Crumpler stuff no surprise. I was going to use the show as an excuse to purchase a new backpack but events overtook themselves a few weeks ago when I came across one of their Muli packs at a price I could not refuse. This left me with no real excuse to browse their product range, other than really to take a closer look at what I was not going to buy.

A real bonus point with the Crumpler range is that it does not scream ‘photographer’ and I urge anyone who is looking at transporting their gear in a more transient way, to take a look at what they offer. It is well made, durable and modern…being an owner for many years now has never given me a reason to complain.

A company that caught our eye was Lume Cube, a kick starter business which manufacture small, very durable, light cubes. With a brightness of 1500 lumens, these tiny lights are perfect to keep in a bag for spontaneous lighting on the go, and an excellent modelling light for macro photography. I hesitated buying one at the show, but writing this article back at home, regret my decision. For anyone interested in taking a closer look, visit www.lumecube.com. I have a feeling that one will find its way into my camera bag in the next few months.

As is becoming the norm, we left the NEC with a few pounds less in our bank accounts. Lots of questions were answered but a whole lot more raised. As always, the event was a great day out and the best opportunity available in the UK for testing out kit. But it’s not just about the gear…there is a whole other side to the event that caters for the cerebral aspect; throughout each day there are countless demonstrations and talks by leading experts that help to plug a gap in the visitor’s knowledge, address a specific interest or expand a photographer’s abilities. Whatever the reason for your visit, the experience is fulfilling. We are already looking forward to the Photography Show 2018! 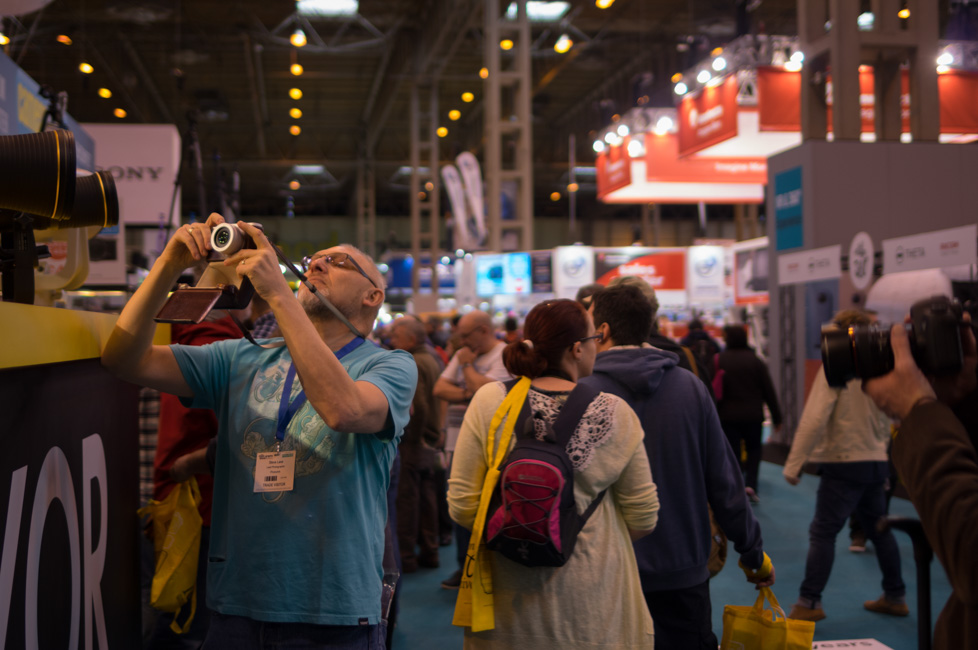 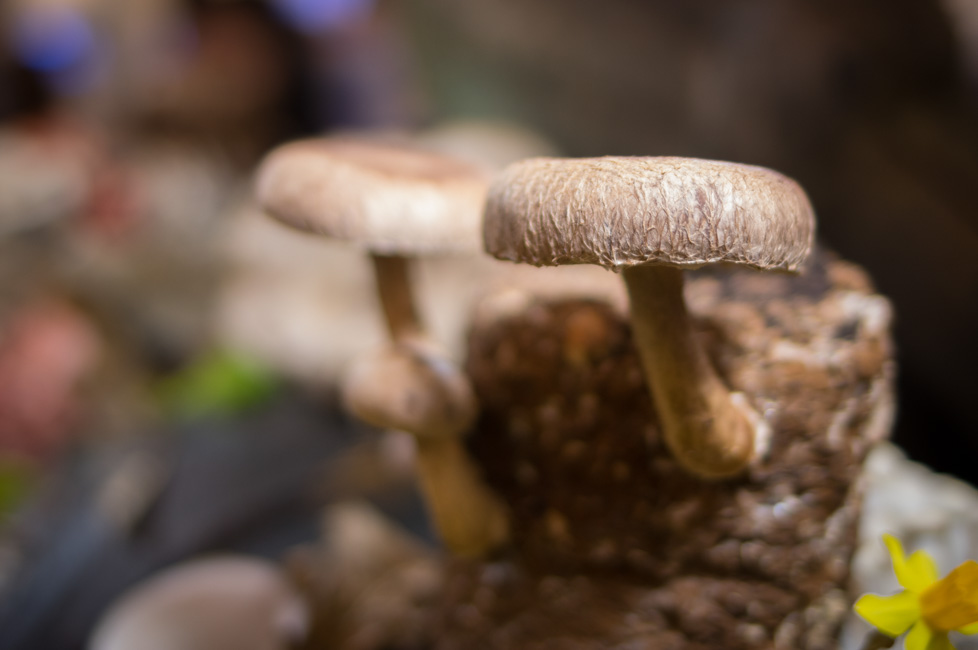 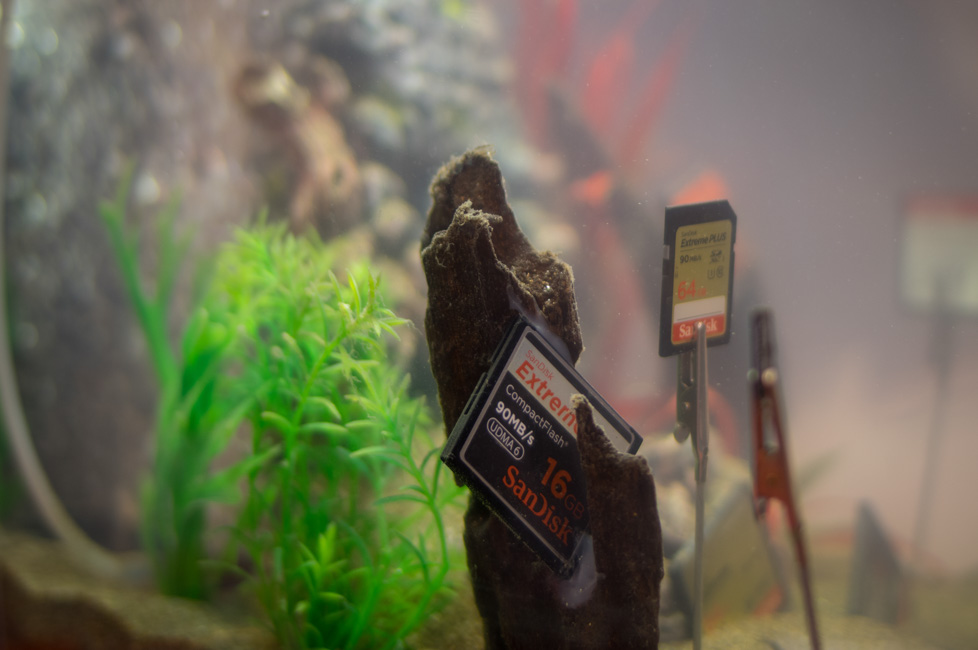 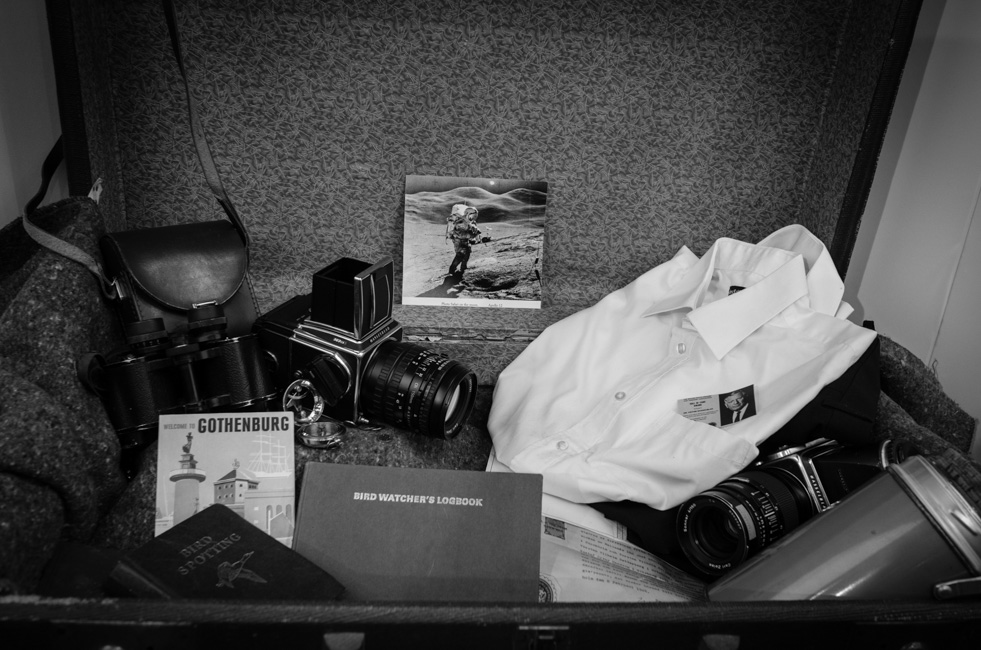 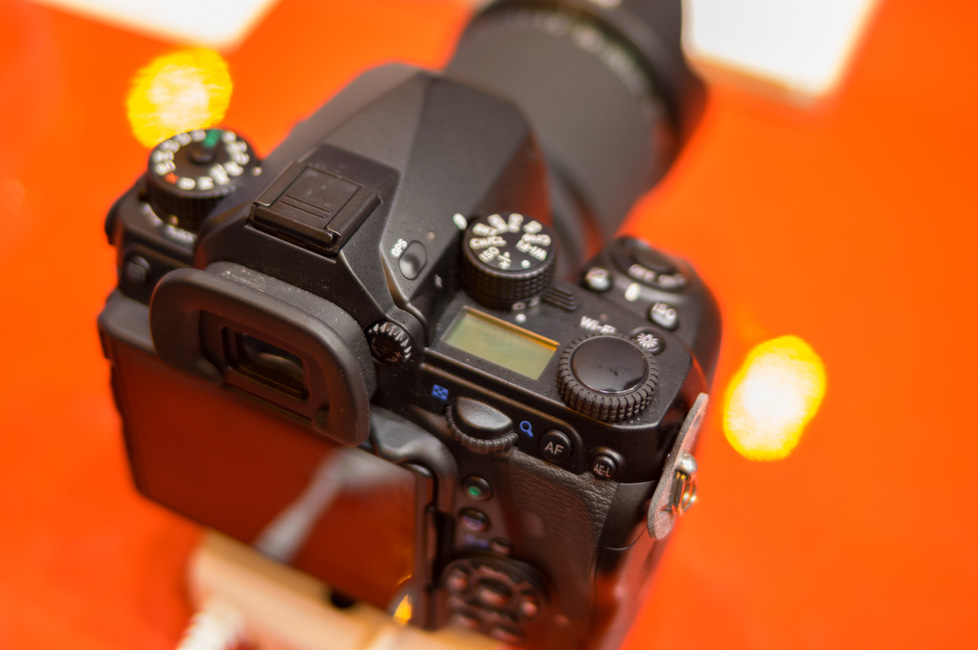 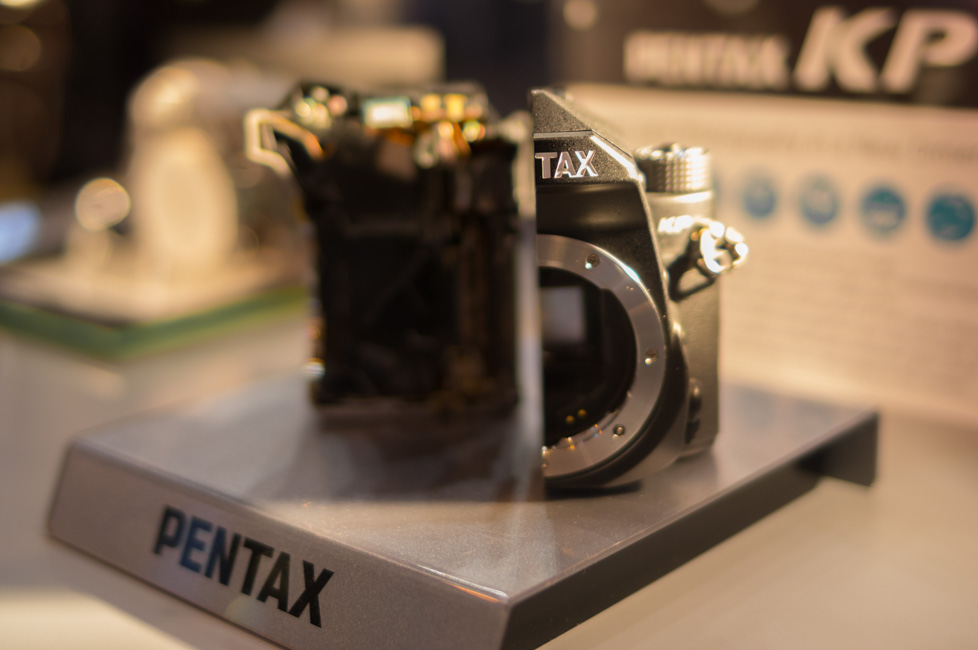 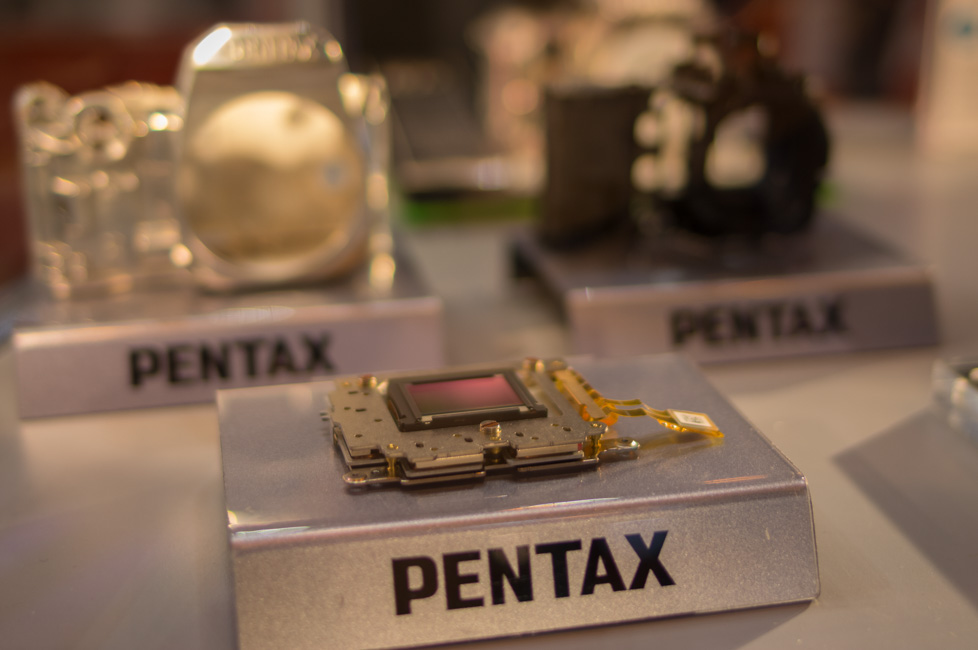 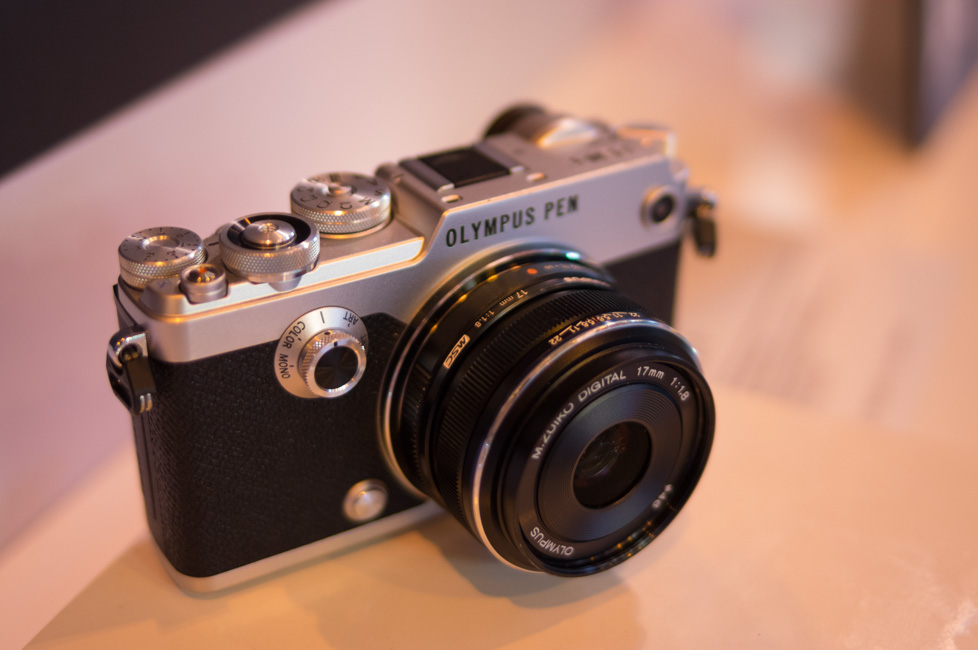 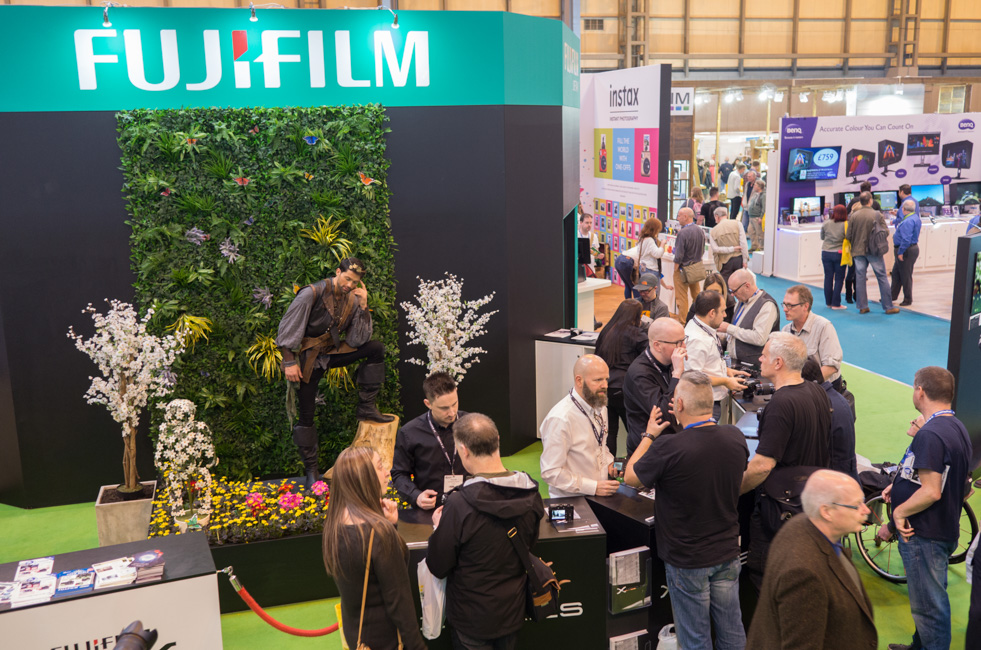 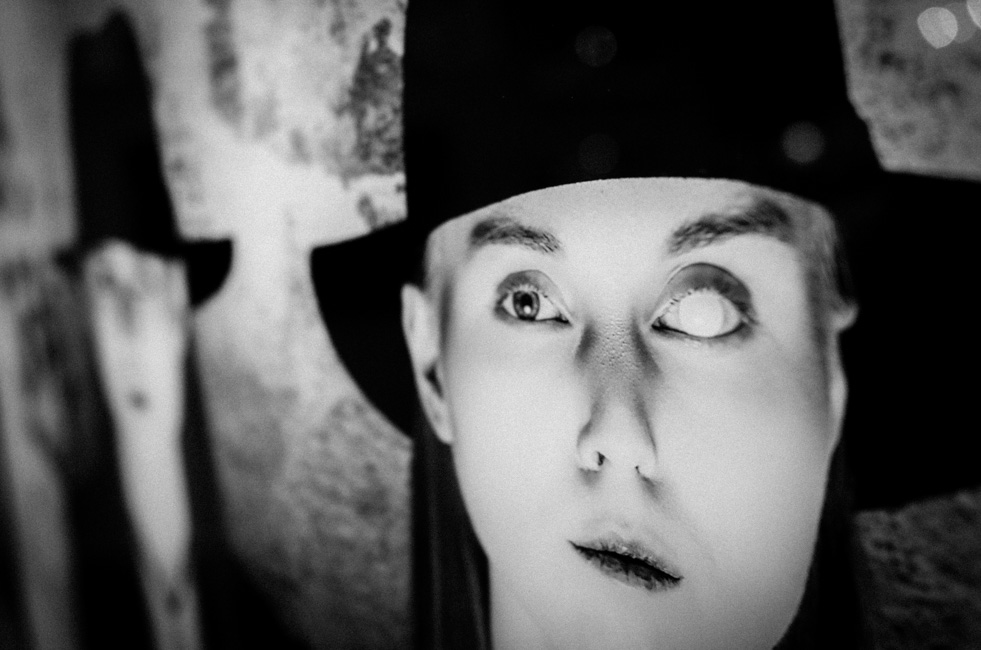 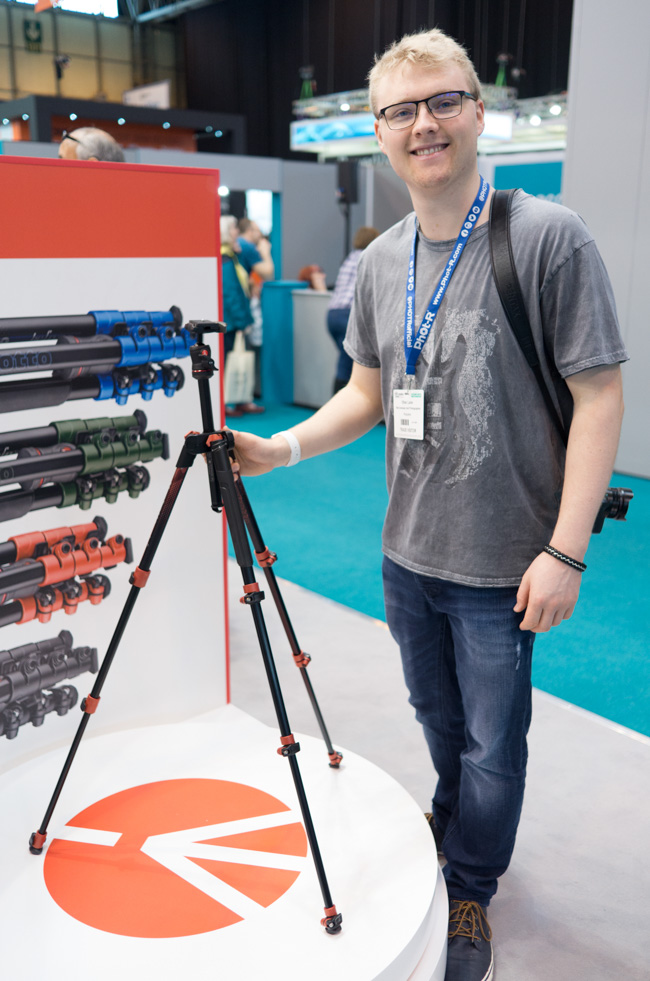 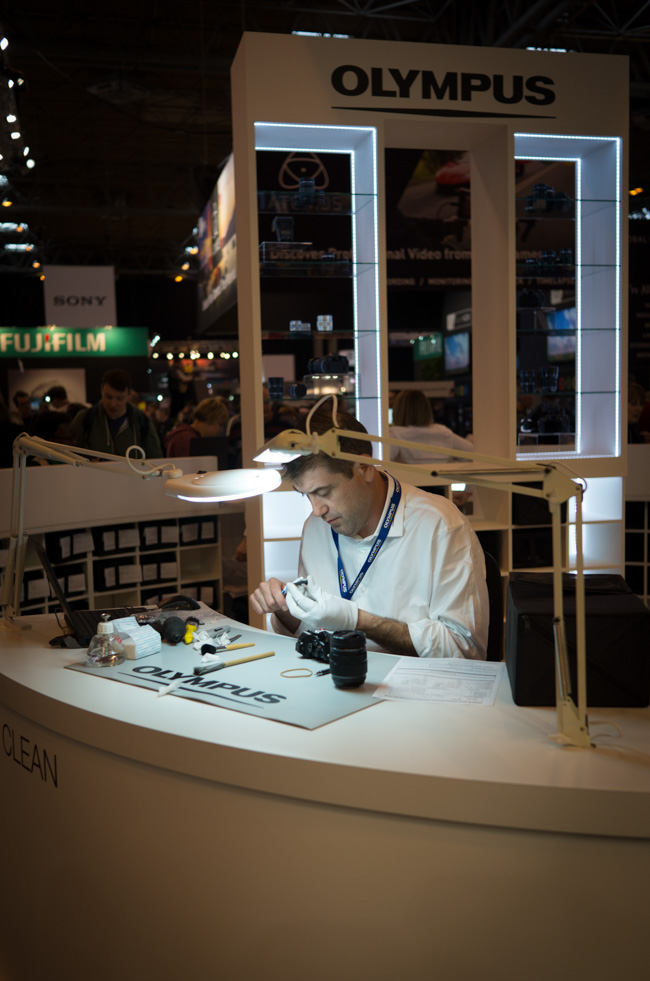