For my first PhotoArk Blog entry, I thought I would take a brief retrospective look at an old friend and favourite, the Olympus Zuiko 50mm f1.2 Lens. Long out of production, and expensive when new, it is one of my all-time favourite lenses of any system and format. For those that are not familiar with the OM System lenses, they were designed with true portability in mind and this large aperture lens is no exception. Stand this optic next to similar offerings from other manufacturers of the day, and the genius of the OM System’s chief designer, Yoshihisa Maitani, really shines. 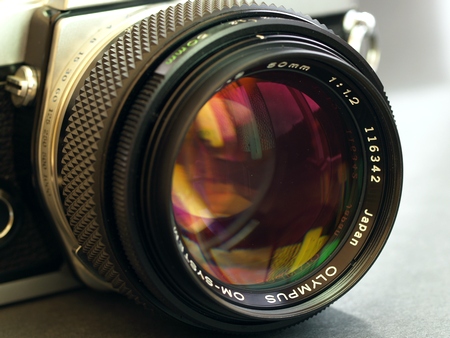 This model replaced an earlier single coated 55mm version sometime in the early 1980’s (Olympus folklore suggests around 1982). I was a latecomer to it, purchasing mine in the late 1990’s, a few years before production ceased.

Just 43mm long and taking 49mm filters, even now I marvel at how it was possible to create such a fast lens in such a small package. There is nothing on the market like it today, and even Olympus never replaced it with a diminutive digital equivalent (probably close on impossible due to the pre-requisite autofocus motors).

But what is it like to use? In short, simply wonderful. I have long been a fan of the 47 degree/50mm focal length due its versatility. But I found that learning its secrets took a while, and something I overcame many years earlier with a ‘slower’ 1.8 version. As one expects, such a bright aperture results in very shallow depth or field when used wide open. But this is the key to real creativity, as subject details can be isolated incredibly well and are rendered with a natural softness that lends an almost unquantifiable quality to the final image.

I was recently looking at some old slides, one of which was taken with the 1.2 wide open. Subject matter was nothing more than a drinks receipt, rolled up in a small glass, standing on a cluttered table. The only point of sharp focus across the entire image were the numbers printed on the receipt – the chaos of the rest of the table had simply melted away to abstract colours and patterns. Similarly, I rediscovered a series of slides of incense burners and icons in a dimly lit church. All were taken handheld at f1.2 and the results were very atmospheric. These are typical wide open results – its ability to take a mundane subject and transform it to something worthy of further study is remarkable. 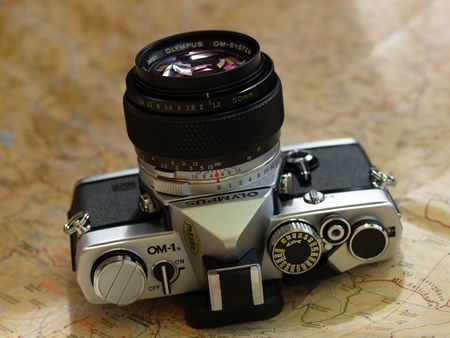 And the tiny Zuiko’s talents do not end here; stopping down to f4 and beyond, the results are stunningly sharp and contrasty, making it a very useful walk around optic. My guess is that for those photographers used to zooms, a 50mm fixed lens will seem limiting. Let me assure you that it isn’t - its limits are governed by the outer reaches of the photographer’s imagination, nothing more.