It was always my plan to build a small collection of SL primes, based around the focal lengths thatI consider most useful to me. In recent years I have preferred to keep my lens choice small, unlike around 20-30 years ago when I had a dozen or so for one system. Back then the number of lenses in my collection had grown out of trial and error as I experimented with different focal lengths and speeds. In retrospect I found it useful (if not a bit costly) to establish which angles of view I tended to operate with, as my personal taste has not really changed much since then. My core system comprised of 35, 50 and 100mm lenses, the latter occasionally being replaced with a 135, or even more occasionally a 180. It was these which saw most active use over many years, while others were used simply when I felt like a change (and to justify their existence). 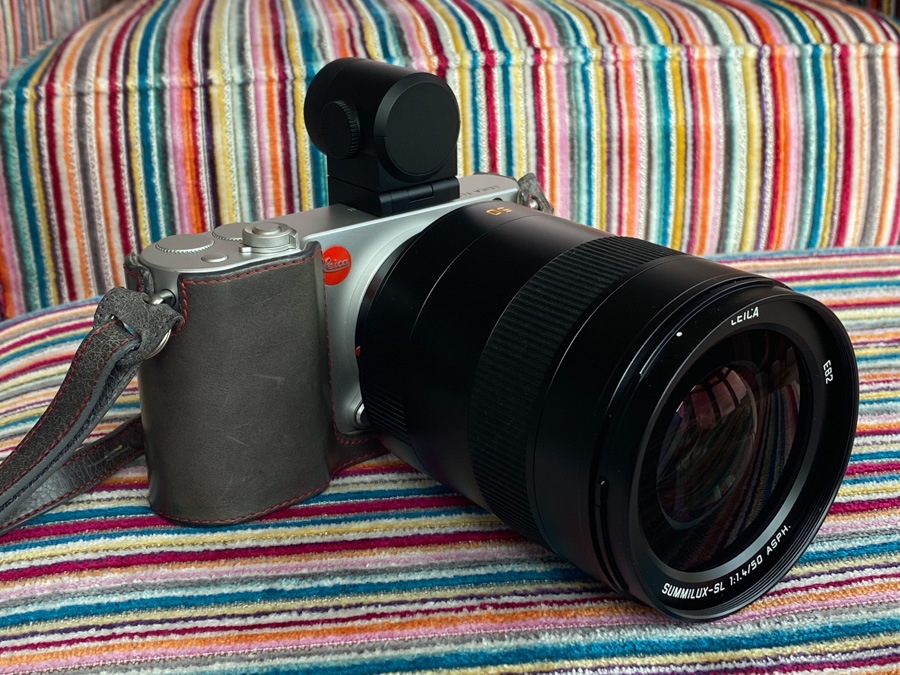 As I moved into the digital age, I did so with a much better understanding of what my style of photography required, and what was simply GAS (Gear Acquisition Syndrome). Of course staying on the ‘straight and narrow’ where GAS is concerned is fraught with difficulty, but on the whole I made a much better job of it second time around. My first digital SLR was Olympus’s revered E-1 for which, other than a very dodgy kit lens it came with, I only ever purchased two further lenses - the 11-22 zoom and 50 prime macro. After selling the kit lens, these became my only glass for several years as between them they covered my favourite focal lengths*.

When I discovered the Leica universe and watching for many years their systems evolved, I became interested in the T series, but looked beyond what the APSC format offered at the time, to rumours that the mount was developed with a larger sensor in mind - 36 x 24mm. It was not long after this that fiction morphed into fact with the announcement of the SL 601 body. Things were becoming interesting. Over the next couple of years new lenses were added to the roadmap, the most interesting to me were the Summicron Primes. Several were announced, covering 21 to 90mm focal lengths, although we are still waiting for the last players, the 24 and 21 super-wides. By this time I had already brought into the TL system along with four lenses (11-23, 35, 60 and 55-135). This allowed me to sit on the side lines and watch the SL system progress with an eye to one day running the TL and SL systems alongside each other, with both being able to share the lenses. For lighter travelling, the TL system was perfect. For more thought provoking and discerning projects, I could use the SL.

Starting with the APO-Summicron 75 f2 ASPH two years ago, I traded my TL60 in part exchange as the focal lengths were very similar, although I was giving up the 60’s true macro capabilities. This also gave me the benefit of just three dedicated lenses for the TL instead of four, in keeping with my ‘less is more’ philosophy when it comes to interchangeable lens cameras.

More recently I added the APO-Summicron 35 f2 ASPH to cover the wider angle aspect. Completion of the trinity was made when I added the Summilux SL 50 f1.4 ASPH. So why the 50 ‘lux and not the ‘cron? I have to admit that I had originally planned on getting the ‘cron for the simple purpose of consistency. The SL Summicron primes are the same size and, more or less, the same weight. The ‘lux is a very different animal, sharing more in common with the Vario-Elmarit-SL 24-90 f2.8/4 ASPH. My choice had a lot to to with the results I had reviewed by means of many samples posted to the internet. It also had a little to do with my own experience of using the Summilux TL 35 f1.4 over the course of a few years. Used wide open, images sometimes deliver a quality that is hard to describe. Subject matter was sharp while backgrounds gently smoothed into very acceptable bokeh. The colour palette also felt special, being quite muted or neutral. My expectation of the SL 50 ‘luxes high performance outweighed any negativity regarding its increased bulk. Given that I was yet to own a SL body, I had also made enquiries about it’s handling on TL/CL bodies, as these would need to suffice while I re-filled the coffers in preparation for SL2/S ownership. Yep is is a bit unbalanced but kind forum members sent me sample images taken with the CL that swayed my opinion that the ‘lux was the way to go. What I would have until a 36x24 format body came along was a very high speed 75mm f1.4 equivalent - mighty useful for my preferred style of shooting.

A lot has been written about the specifications of the Summilux SL 50 f1.4 ASPH, therefore there is little point regurgitating it here. Suffice to say that this is a big, heavy piece of hardware for which top priority it put on image quality and robustness. I have no doubt that this lens will stand up to some very testing weather conditions. In fact the first and second time I took it out conditions were snow and rain. Even though the CL/TL2 bodies I used it on are not weather sealed, the rigs were not protected in any way and received a soaking on both days. The lens is engineered for such changeable conditions and the huge lens hood resulted in very little snow or rain landing on the otherwise unprotected front element, sparing me the hassle of wiping down the element for a clear shot.

Much has been written about the ‘lux’s sedentary autofocus, particularly after its release. Having never experienced this, and with my copy using the latest firmware, it has been fast enough (and very quiet) for my use. In lower light and using less contrasty subject matter, it does hunt a little. Again, it does not concern me much as, when focus is confirmed, it has been very accurate. There is a fair bit of mis-information out there about a lot of large elements having to be moved around when focussing. This is complete garbage as the SL primes autofocus by means of moving just (in the case of the ‘lux) three smaller inner elements to achieve accurate results. Other SL primes incorporate the same technique using a smaller lens focussing group. This means that there is less weight to be moved, assuring fast focus. Use of what Leica calls “Dual Syncro Drive” also gives the design almost silent action as well as internal focussing. 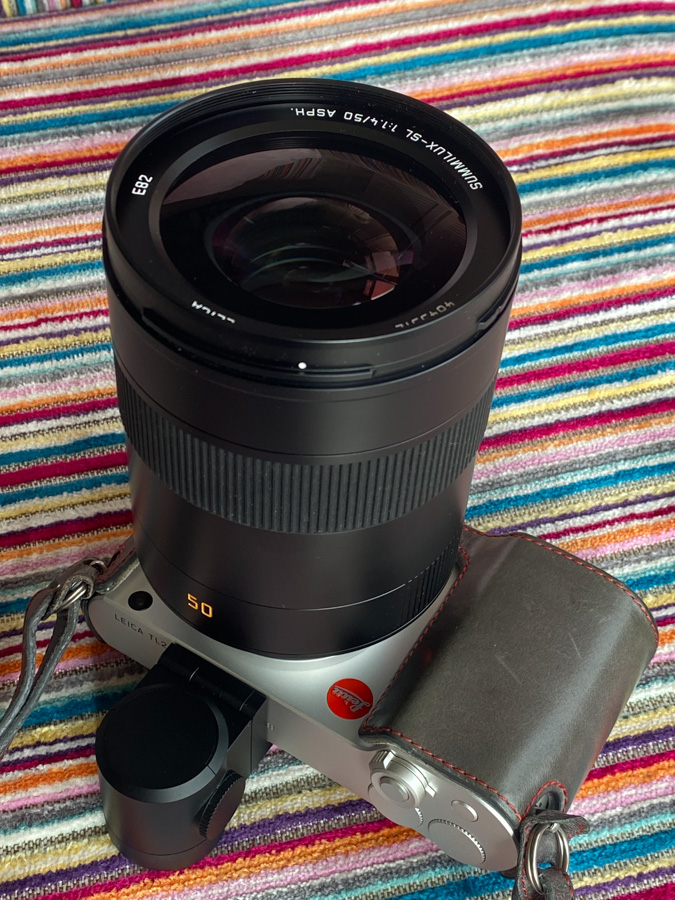 Using such a large lens on a smaller body does mean that the outfit is unbalanced, forcing it to hang ‘nose down’ on the strap. This may bother some users, and it feels slightly worse on the CL that it does on the TL2 as I tend to hang on to the latter’s grip most of the time, simply out of habit. I think that if I added the optional handgrip to the CL, I would end up holding it in the same manner. As far as I am concerned I am not too bothered by it, or by its weight when hanging around my neck or over a shoulder. When hanging from a shoulder, I am more worried about clonking a passer-by or inanimate object. There is no doubt that a whack from this thing would be painful.

This is not a lens that I use for rear screen focussing or composition. Steadying almost 1.5 kilos in front of you with no image stabilisation is difficult, unless shooting at very high shutter speeds. I found that I had more spoiled images using this technique when compared with other lenses I own, including the 55-135mm zoom at its long end. So, when using the TL2, the Visoflex becomes a mandatory accessory, allowing the camera to be held close to the body while cradling the lens via this hood. Used like this, the combination is really good. Of course the CL has an integral viewfinder, so this is not an issue.

Image quality is everything I expected from a Summilux. It has been designed to be used wide open and I tend to use this lens with open aperture shooting in mind. I do stop it down but agree with Peter Karbe that this only needs to be done to increase depth of field. If I knowingly intend to shoot stopped down, the ‘lux is not my choice as I have other slower aperture lenses that fulfil this in smaller packages.

Over the last few months, I have found the Summilux attached to my TL2 has become my ‘go to’ setup as the short telephoto effect fits in with my view of the world more and more. I purchased it with the intention of it addressing a specific need for shallow depth of field compositions, but found it to be a far more versatile tool. Having recently taken it on several trips around my local area and in the Peak District, I found I rarely swapped lenses. Results are exactly what I have been looking for, often invoking the word ‘Wow!’ When I review them. Using it as I am with my APS-C bodies, I am left wondering if it will garner such a response from me when I add a SL series body, returning it to its true 50mm focal length.

As a 50mm f1.4, it is an expensive and large choice of lens. But the beauty of the L Mount means that it has a little magic up its sleeve in terms of becoming a fast 75mm when paired with a CL or TL body. To me I feel that this makes it all the more of a reason to own one, but am mindful that even factoring in its duel ‘pseudo’ focal length, would be hard to consider it as a lens that offers value for money. Many 50mm lenses on the market today provide similar results, and for far less expenditure. But if you really need to scratch that reference-class Summilux Leica itch, there is no substitute.

*The Olympus E-1 was a four-thirds sensor model, therefore calculating the focal length to understand it from a 35mm perspective was simply a matter of doubling the value. For example, the 11-22 was a 22-44mm zoom and the 50 became a 100mm prime. 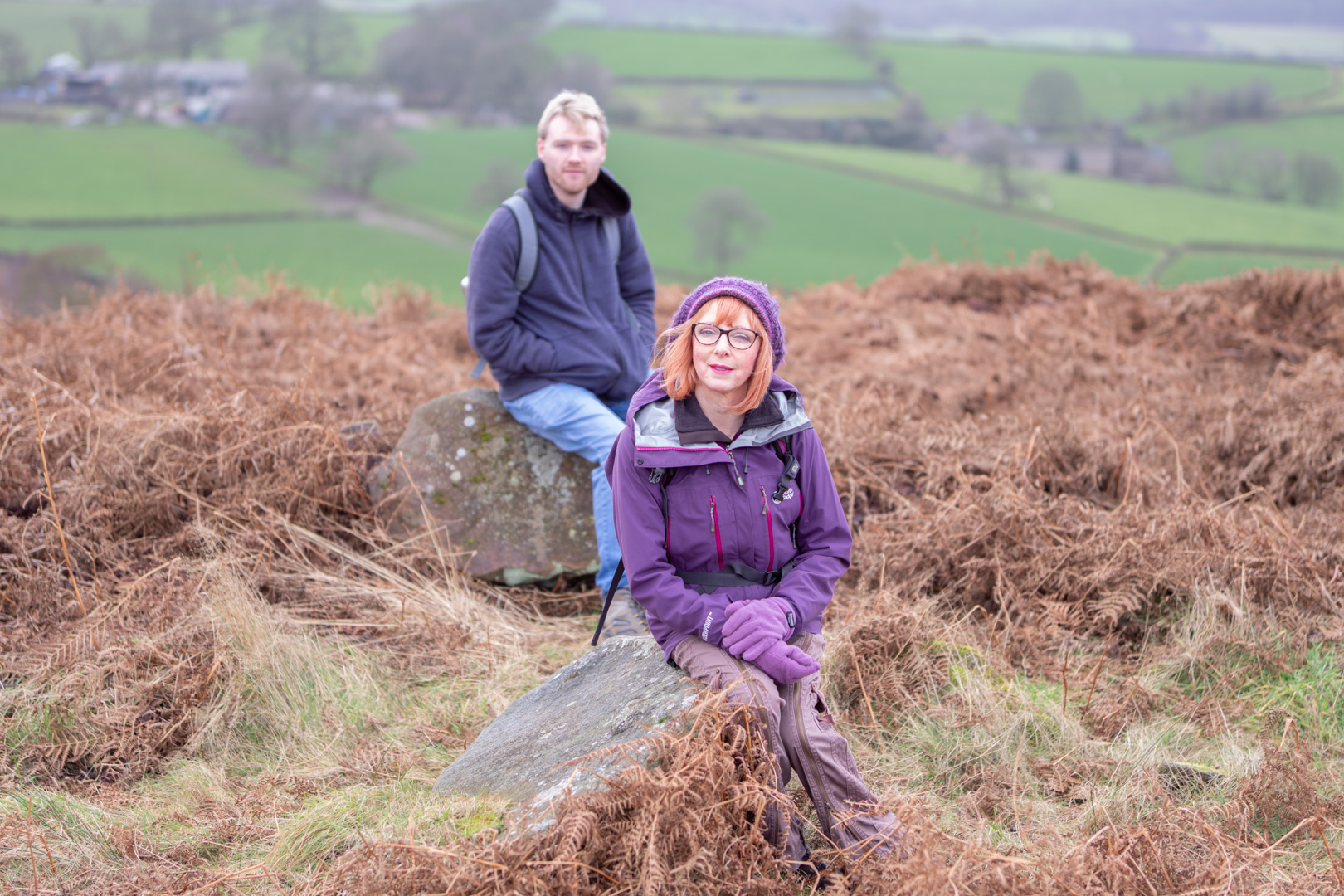 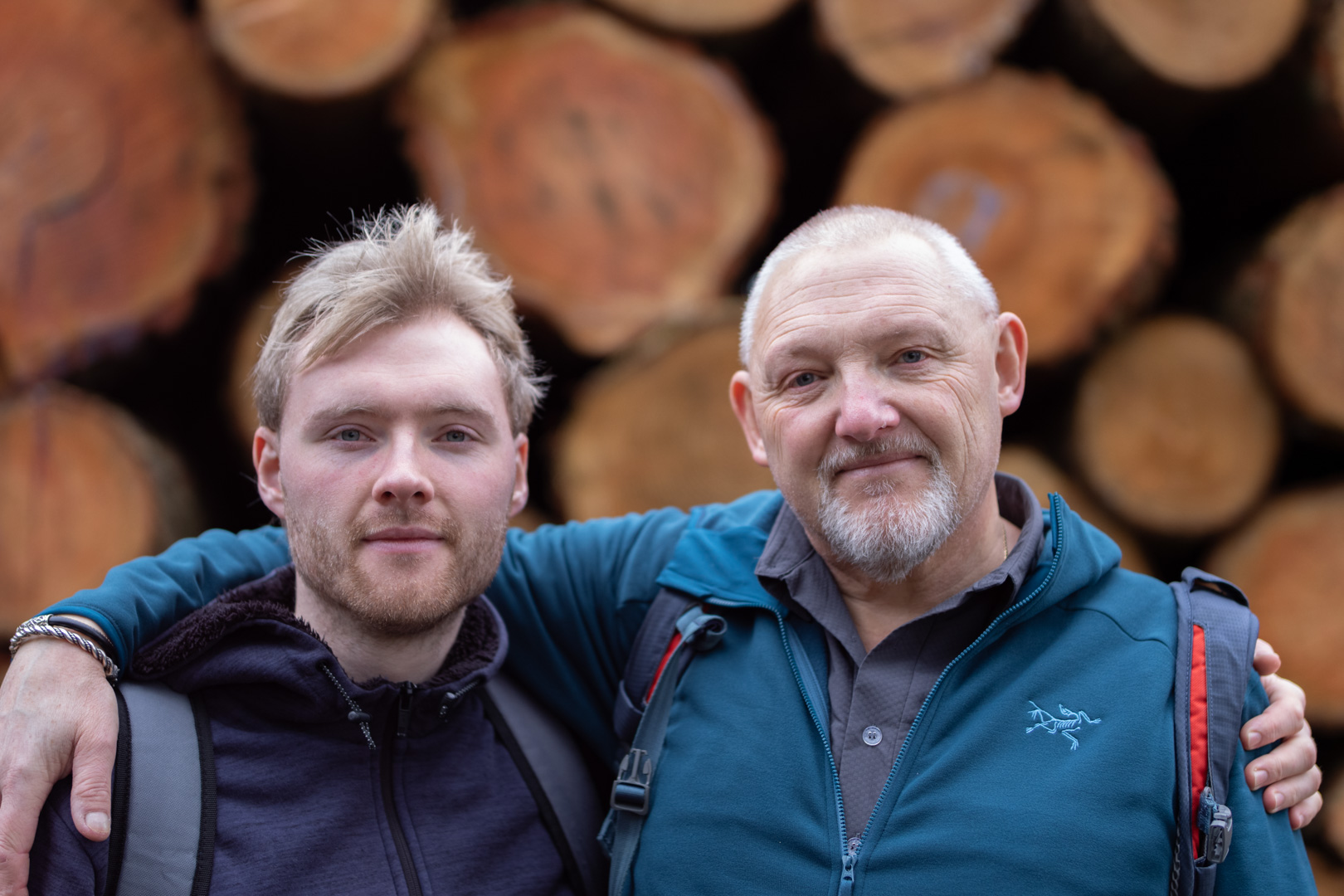 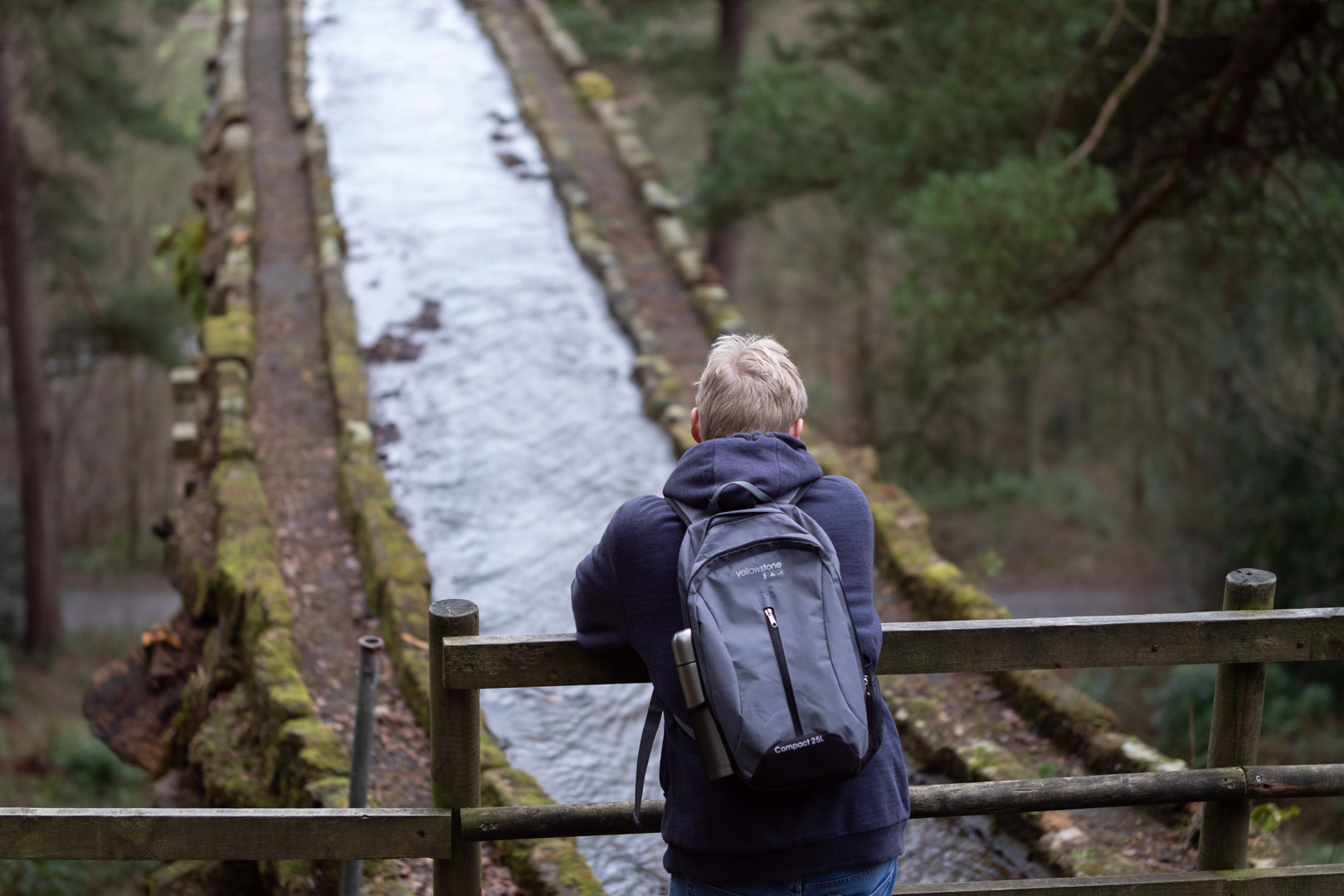 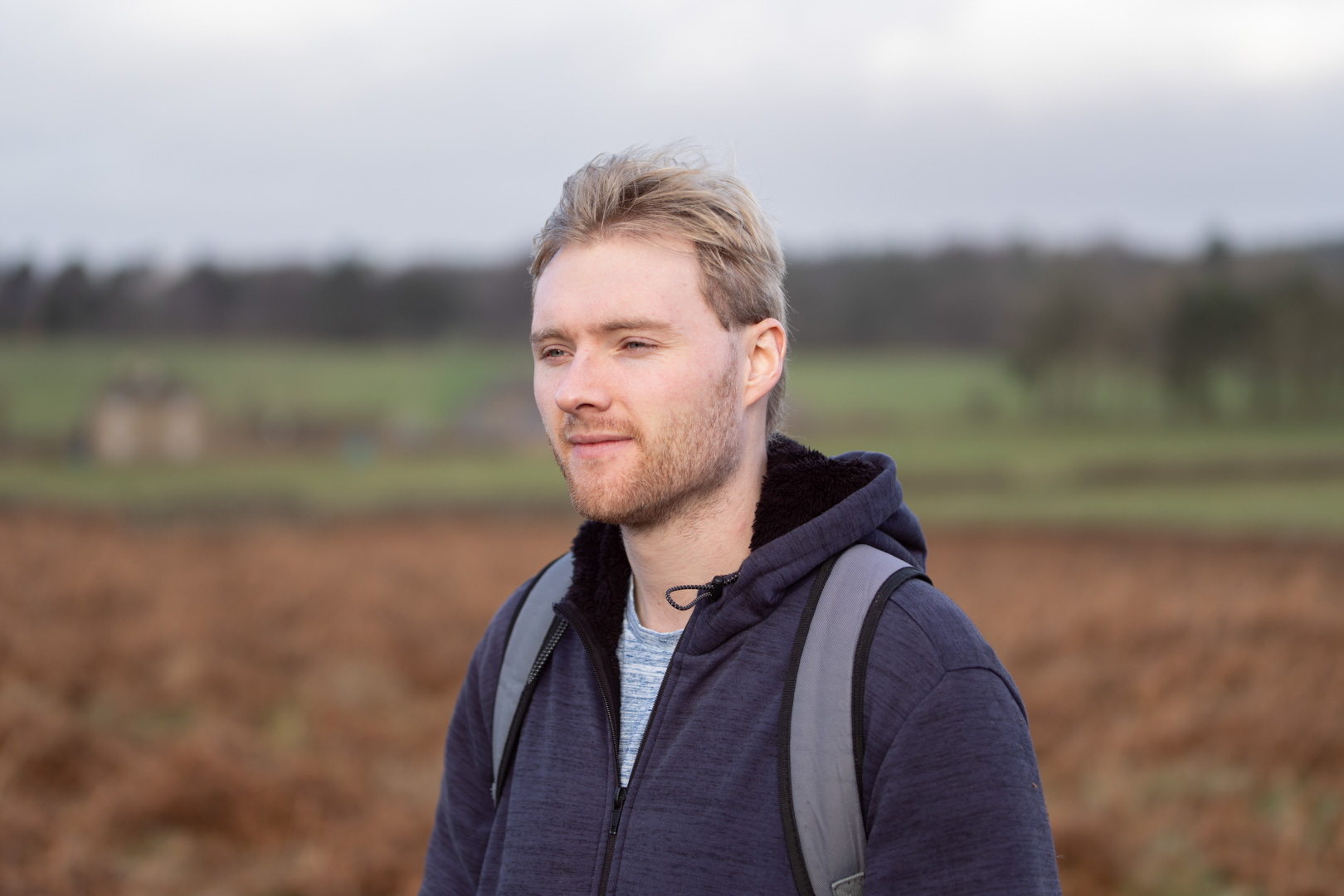 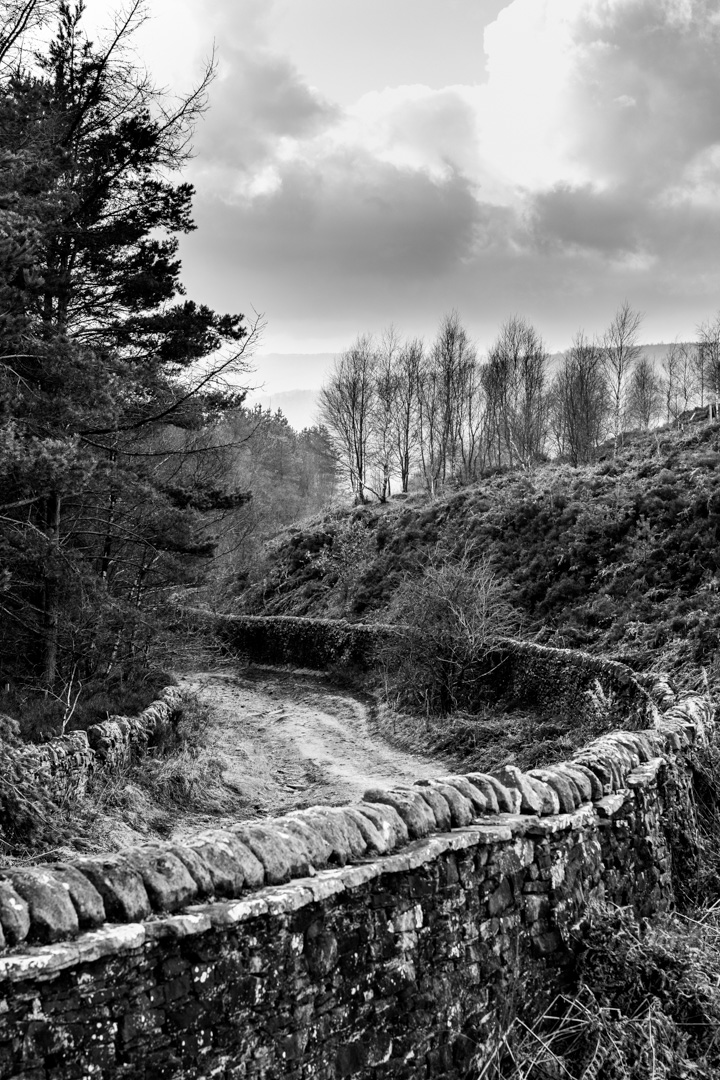 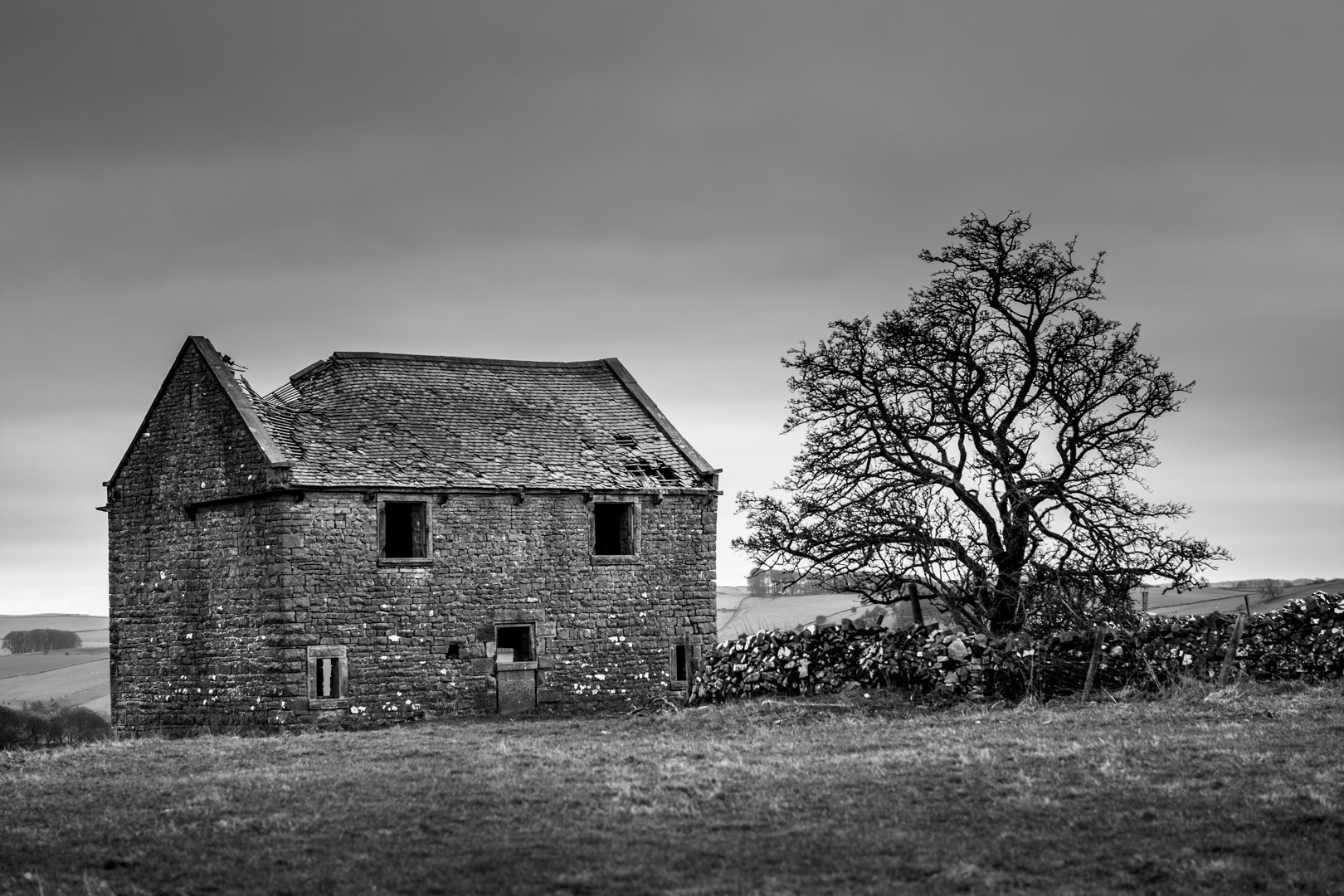 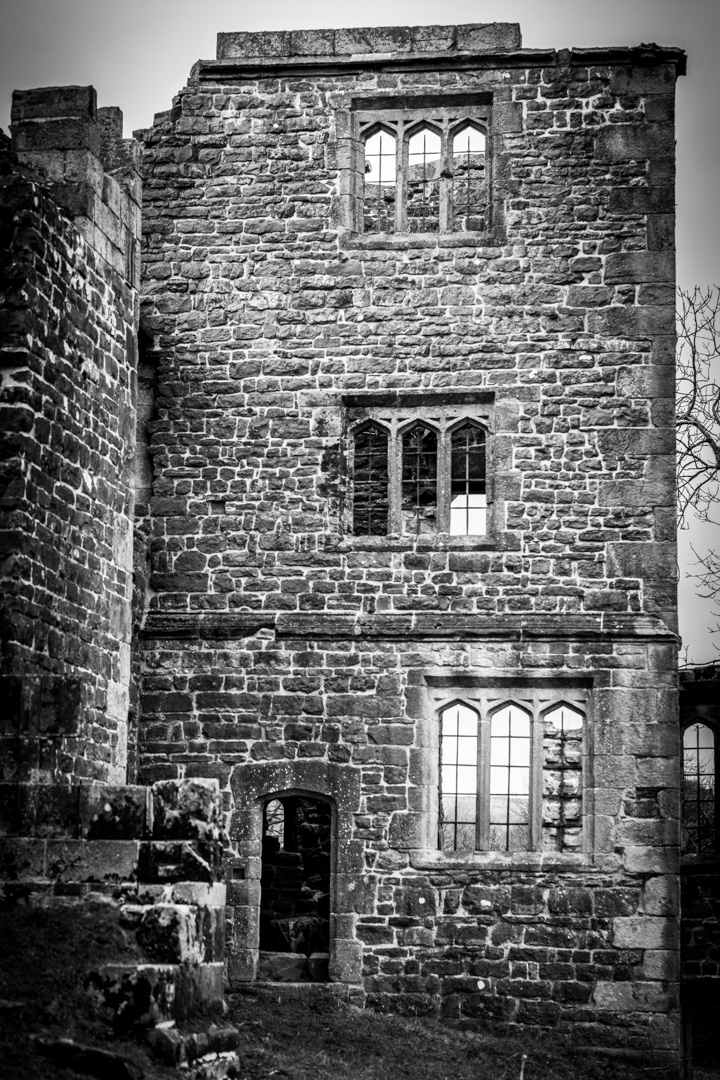 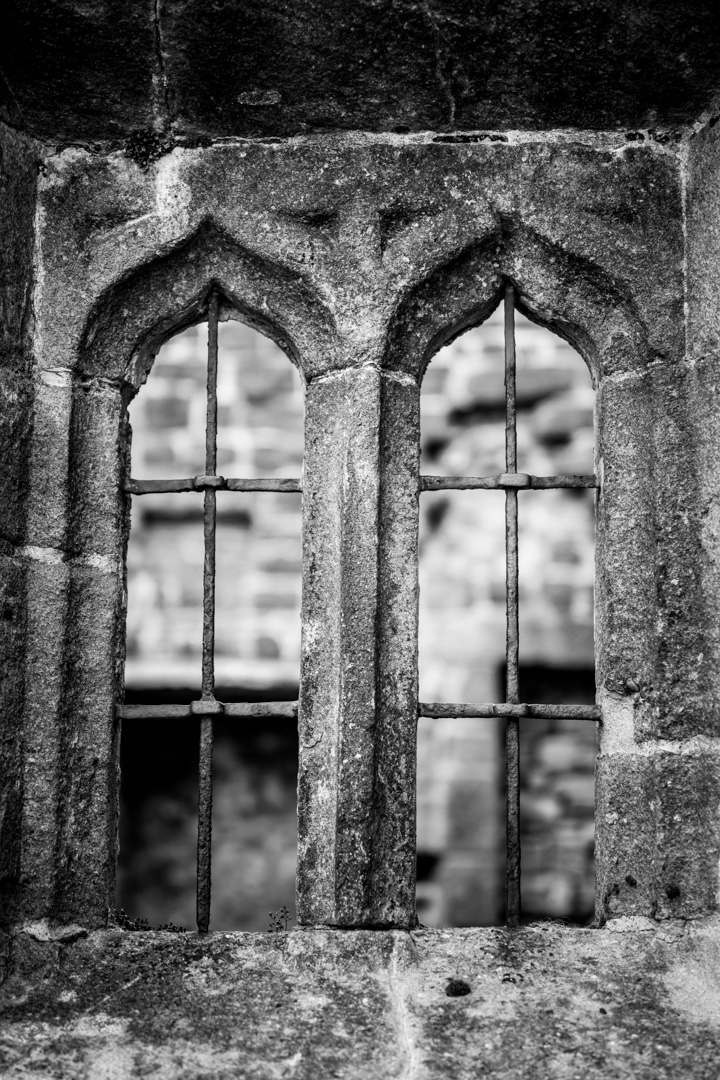 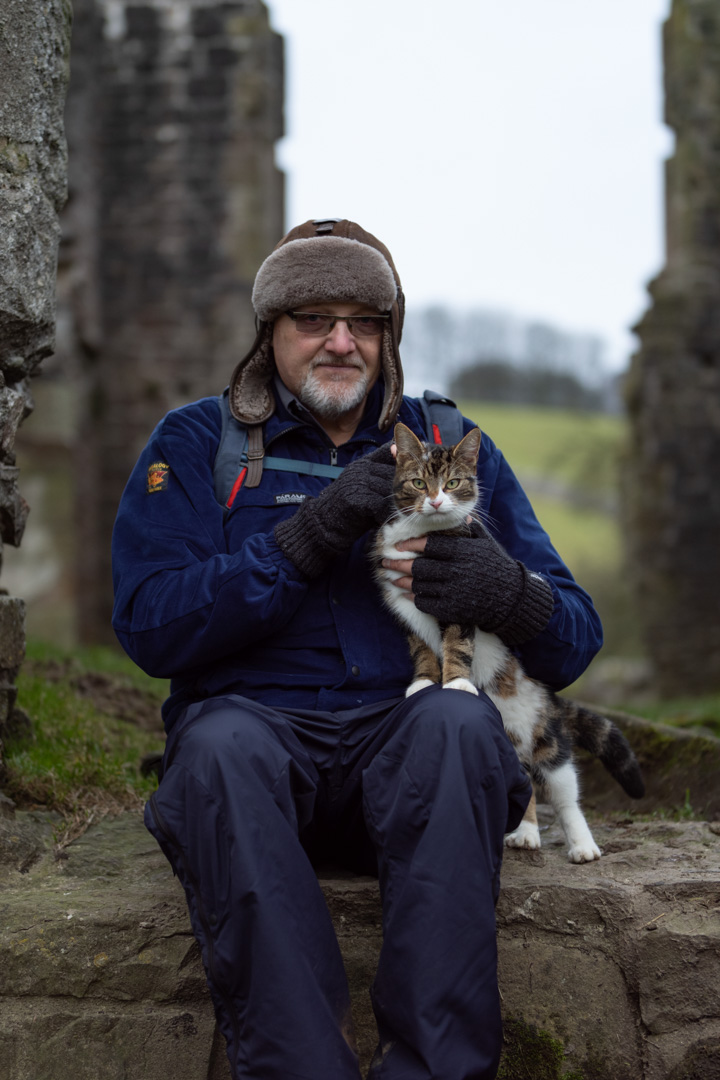 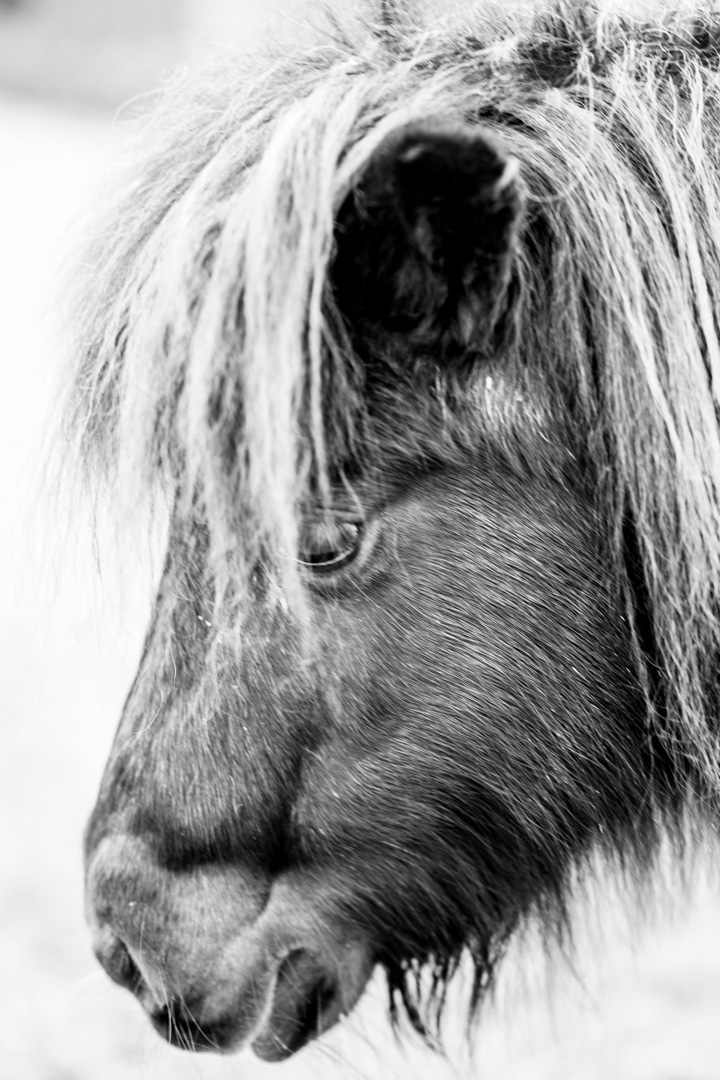