In November 1986 I was walking through a ploughed field a couple of miles south of Newhaven, Derbyshire, when something sticking up from the soil caught my eye. Kneeling down I pulled a small and almost perfect flint arrowhead from the ground. It was a beautiful sunny afternoon and I have no doubt that if it wasn’t for the light reflecting from the artefact, it would have gone unnoticed. I cleaned the arrowhead in a little water I had with me, which revealed a beautifully translucent and finely knapped item.

Having a keen interest in ancient history and some experience in field surveys/archaeological digs, I knew that what I held was crafted around 3500 years ago and probably of Neolithic origin. Finding something like this raises a stack of questions but the one which immediately sprang into my mind was WHO was the last person to hold this? A distinct possibility that this was lost by the original owner and it has laid, untouched, for millennia until now. This would make it the closest thing to a Prehistoric handshake I was likely to receive…what a buzz!

With fired imagination I returned home and decided to research the area. Thanks to a couple of books written by Thomas Bateman (a pioneer of Victorian era archaeology in Derbyshire and Staffordshire), and Ordinance Survey maps, it soon became clear that my discovery was made close to a round barrow known as Alek Low. Bateman’s notes indicate that he ‘excavated’ the site (formerly known as Elk Low) in 1843 and his findings included flint tools and human remains. So it was possible that my arrowhead was linked to this site.

A few weeks later I obtained the landowners permission to walk several acres of ploughed land on the south eastern slope below the burial mound, and where the arrowhead was found. I drew up a scale map of the area with the intention of plotting any further finds to see if there was a distribution pattern. What I thought would take a weekend extended to several as I unearthed item after item. Knives, burins and scrapers came to light, along with a mass of unworked flakes, possibly struck off flint cores during the manufacturing process. Lending this theory more substance I also found a discarded core with lumps struck from its cortex. I should add that flint is not naturally found in the area, so what I was picking out of the earth had been imported.

As the weeks slipped by, my survey began to reveal a concentration of unworked (possibly waste?) material in a specific area. It was interesting to note that very few ‘worked’ artefacts were found amongst this – these came from a much wider area surrounding the unworked items. Although inconclusive, my thoughts are that the area below the burial mound was inhabited long ago by early settlers who made the tools they needed to sustain an early hunting/farming lifestyle. It would be interesting to scientifically excavate the site to see if further evidence can be found.

Throughout 1987 I carried out similar exercises in different areas of the White Peak, including a concentrated site near the hamlet of Aldwark (close to Green Low chambered tomb), which revealed beautifully worked flint tools - proof enough that early man roamed the area widely.

The flint collection has been in storage for 30 years and it was due to the recent acquisition of my Leica TL 60mm macro lens that interest has returned to it. I was looking for a project that exercised the close-up properties of the lens so decided to create a collection of images that illustrate what a Neolithic toolkit may look like. All of the items photographed are original, genuine, antiquities from a time long before Roman armies walked on British soil. 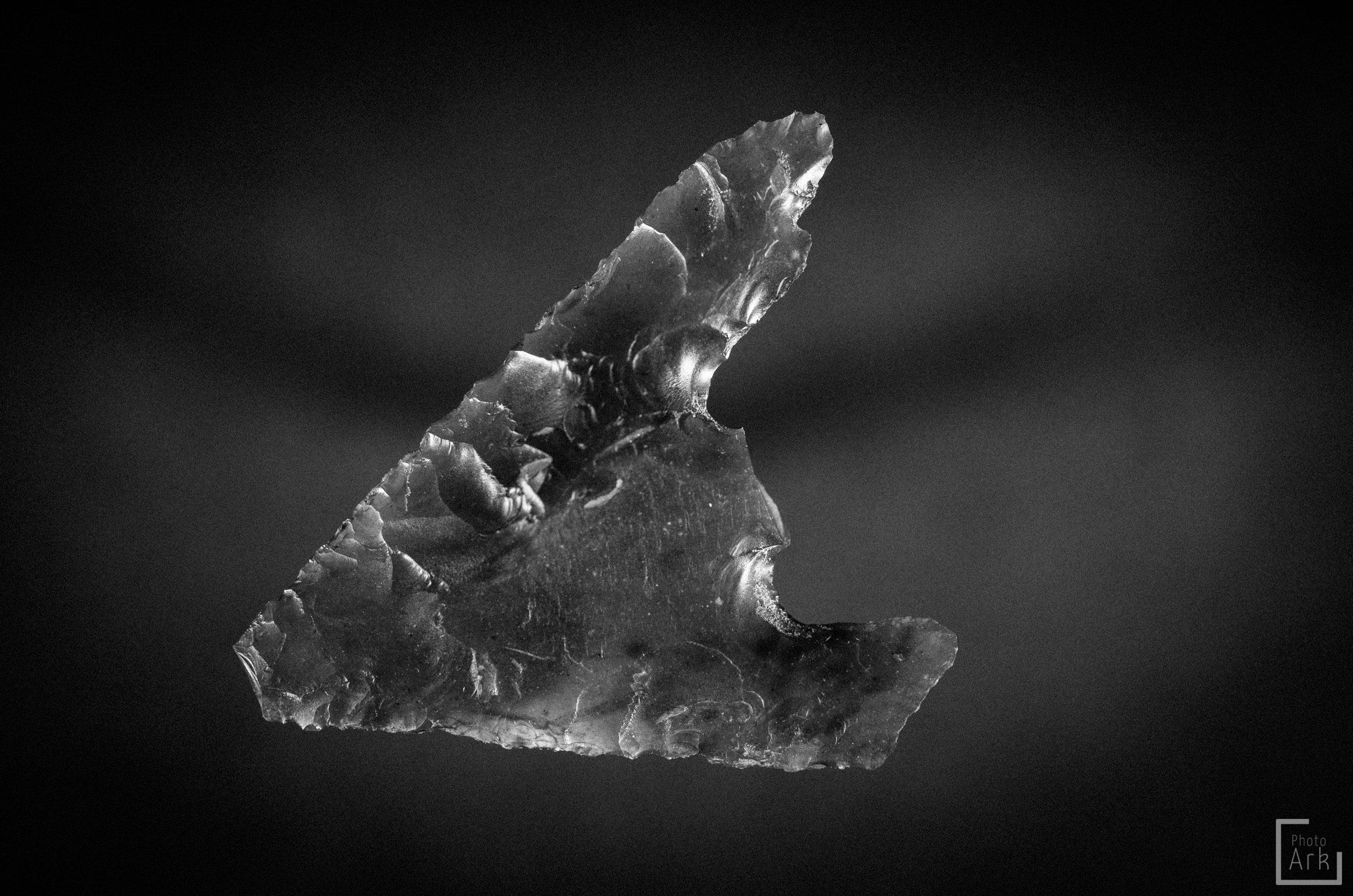 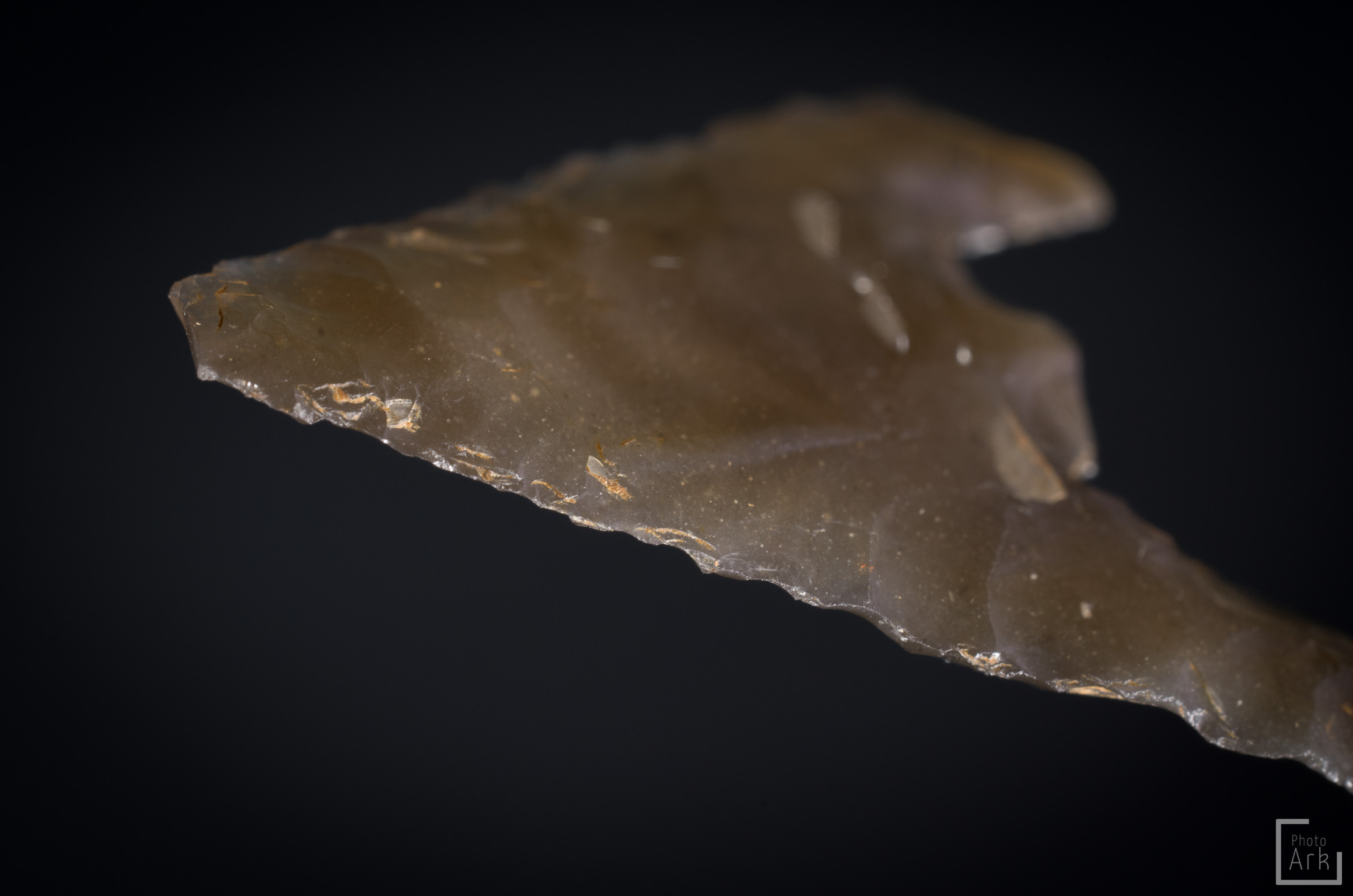 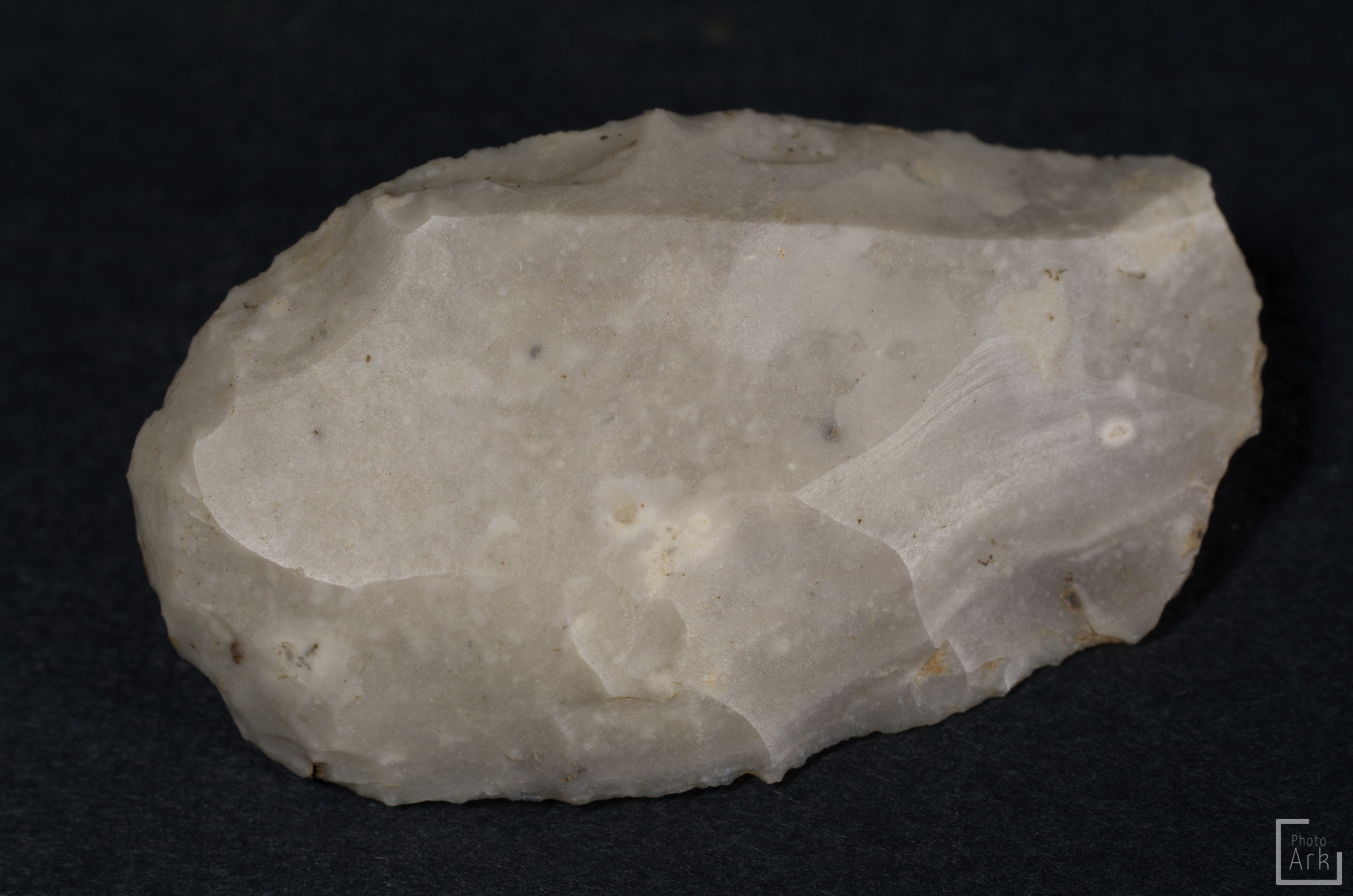 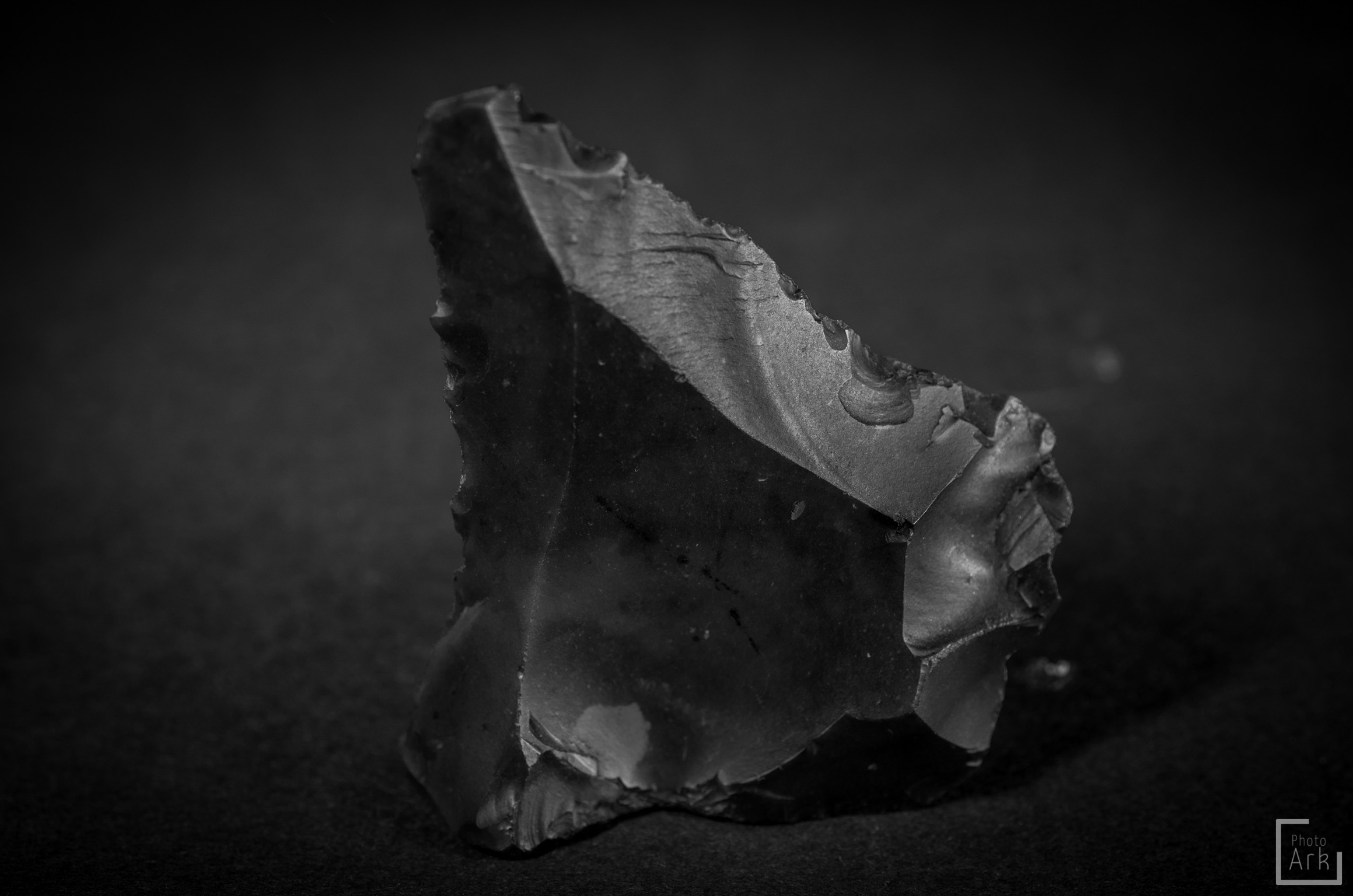 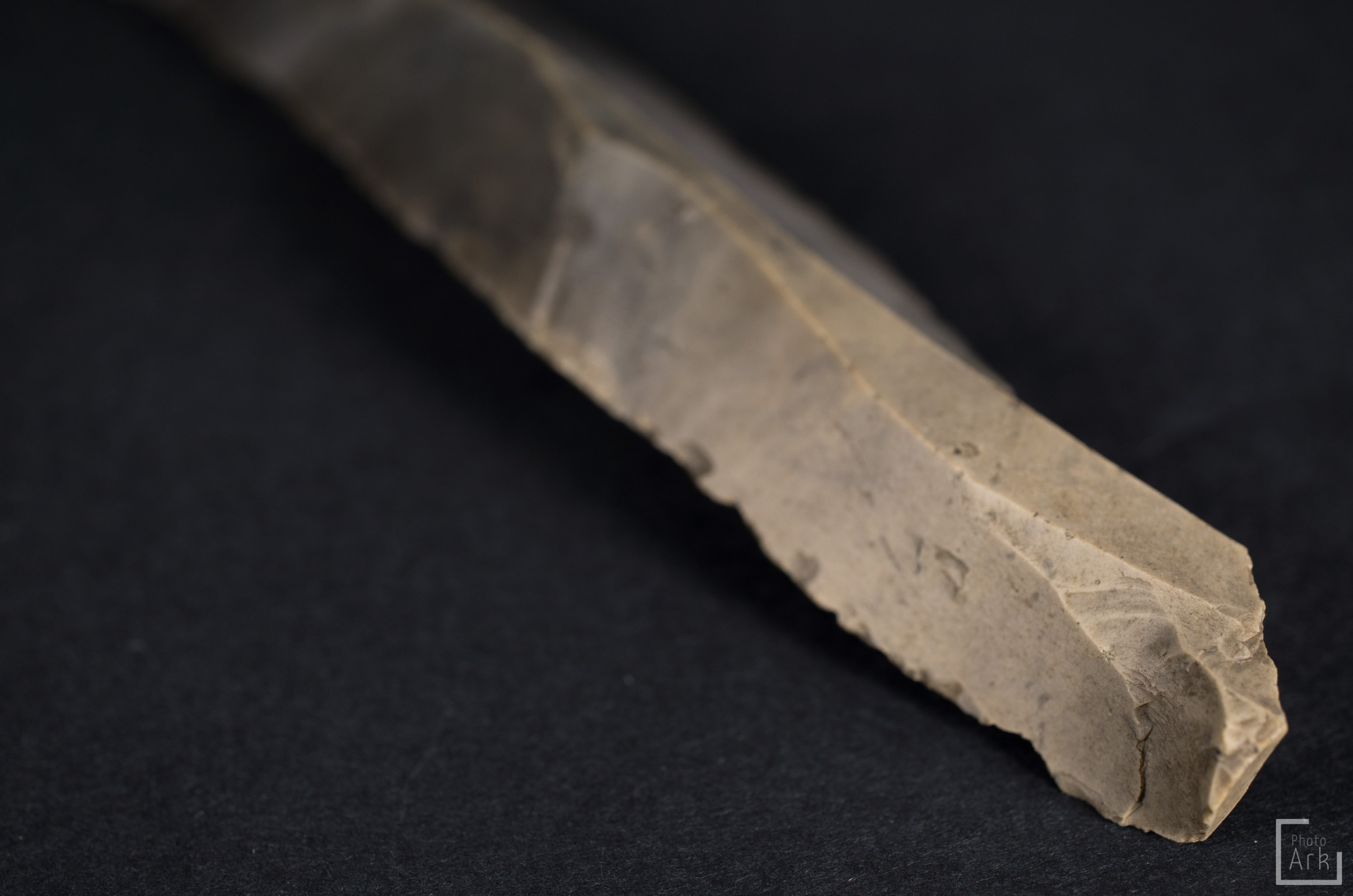 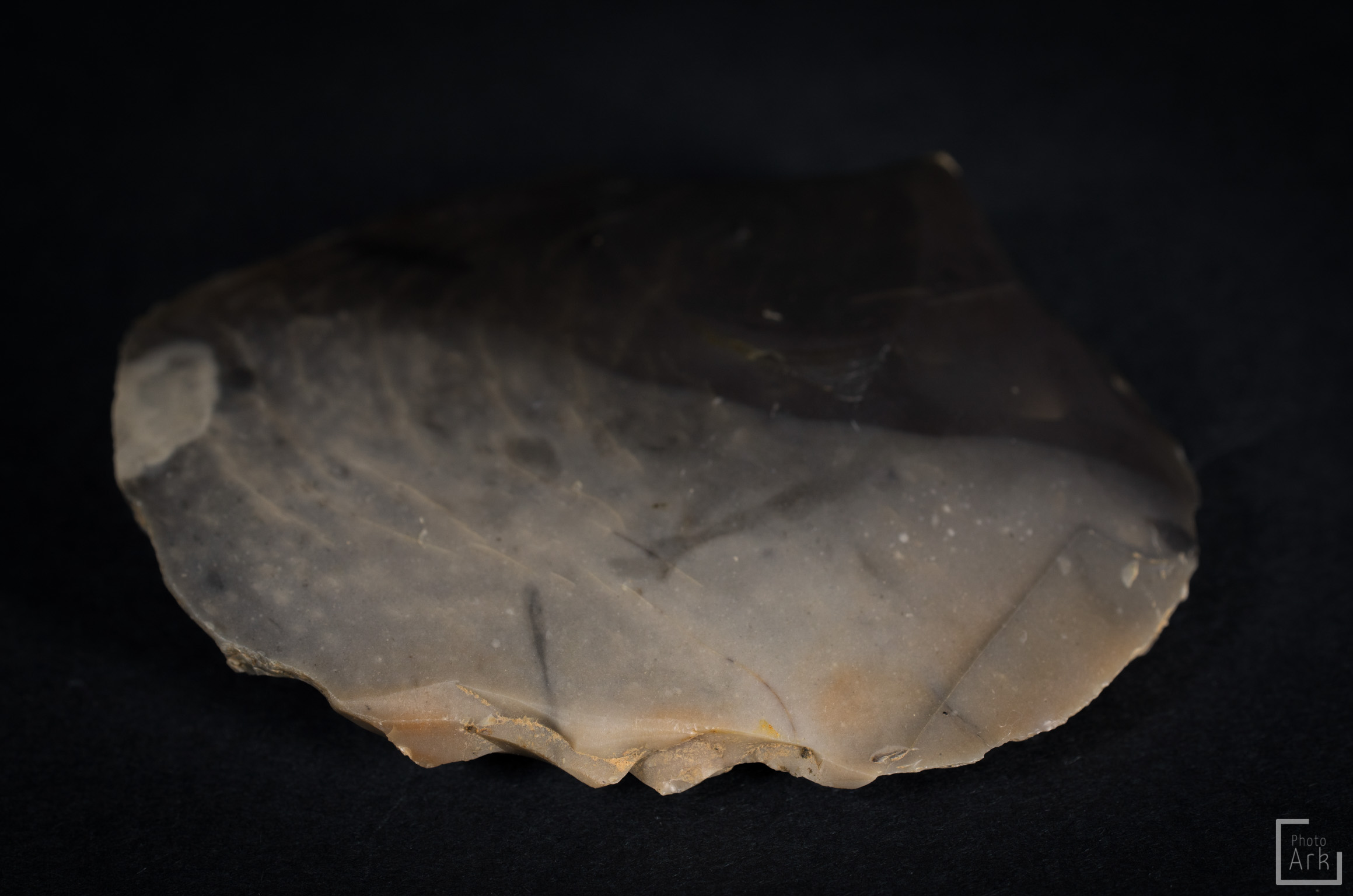 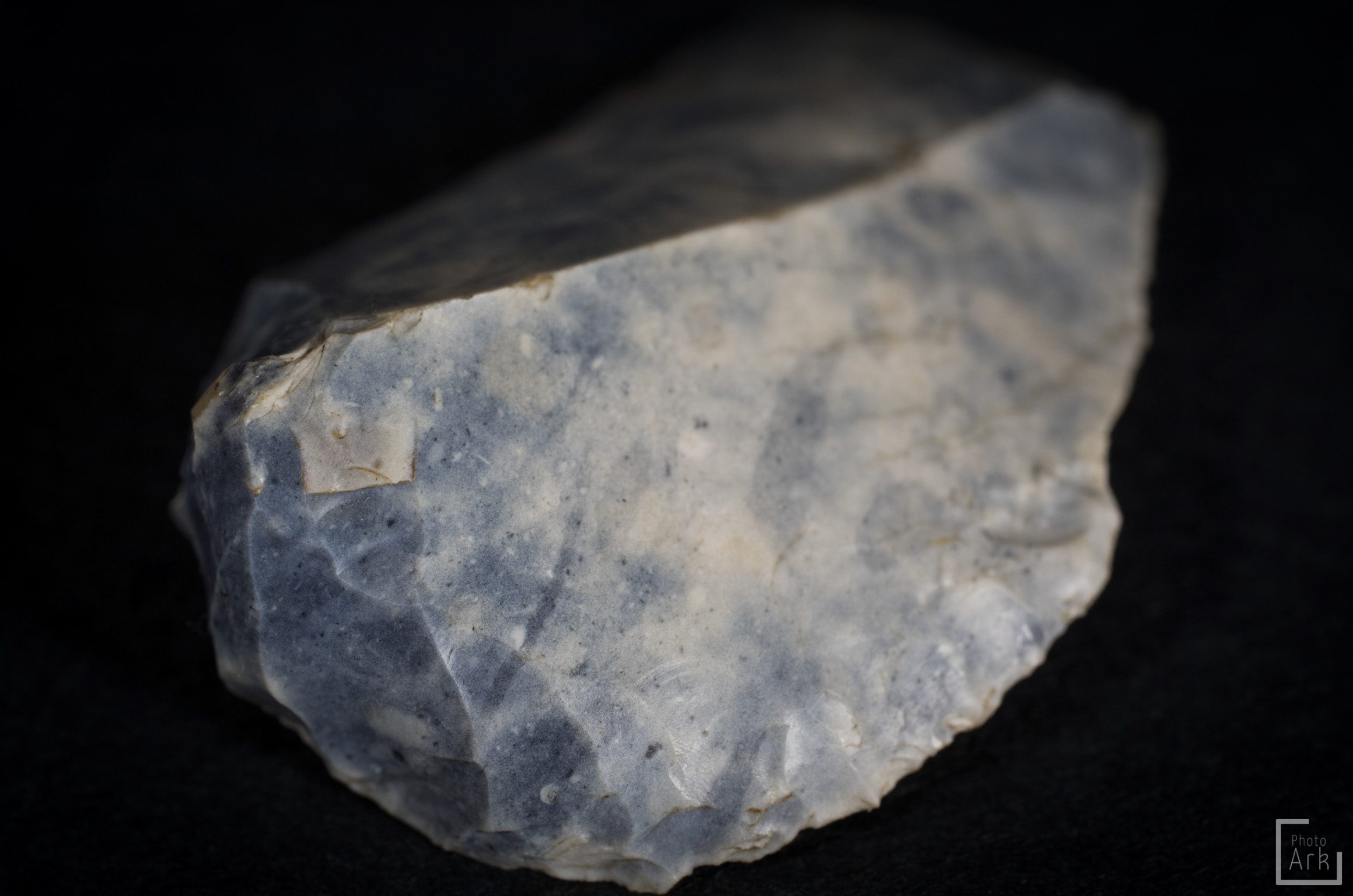 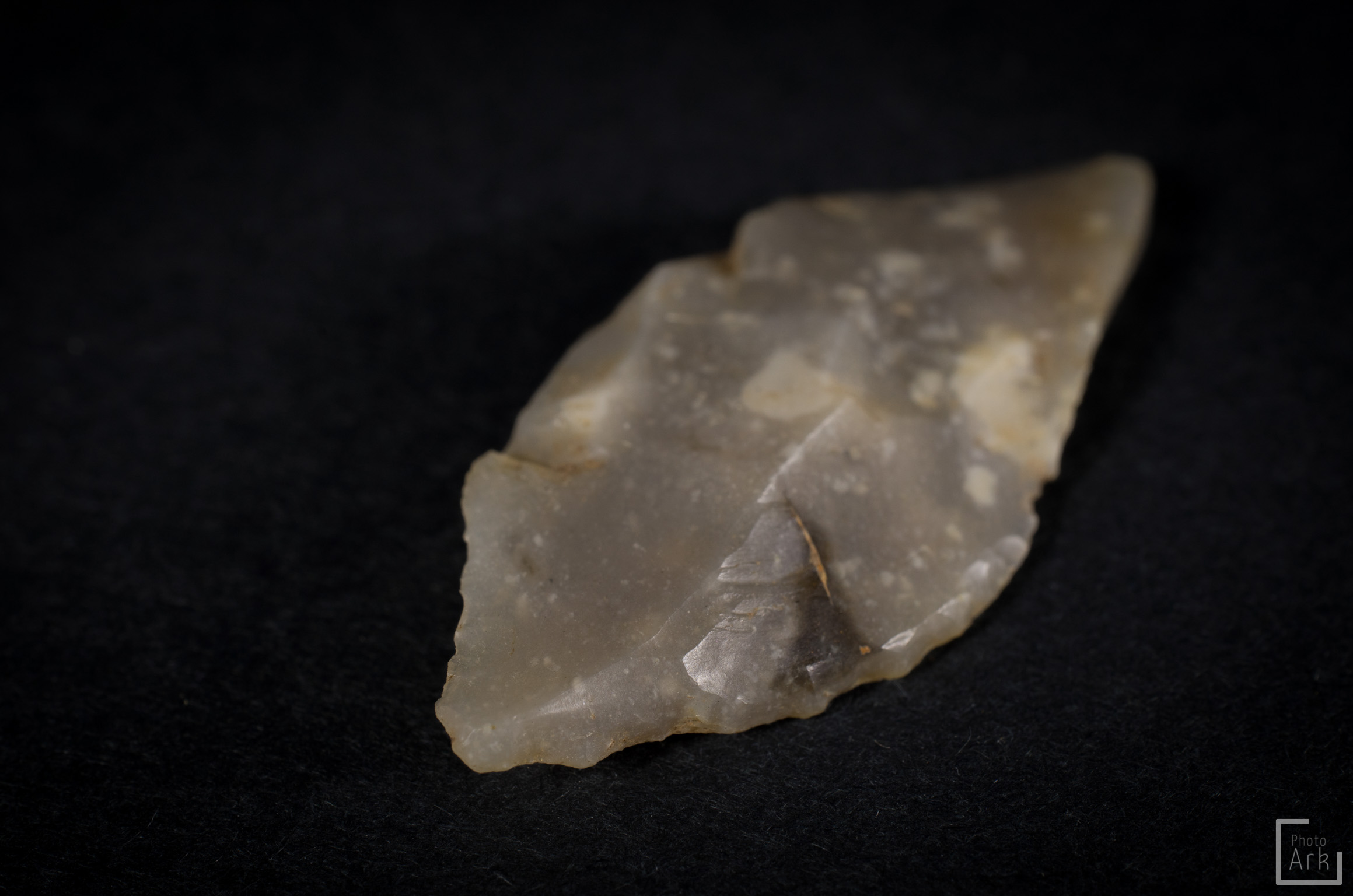 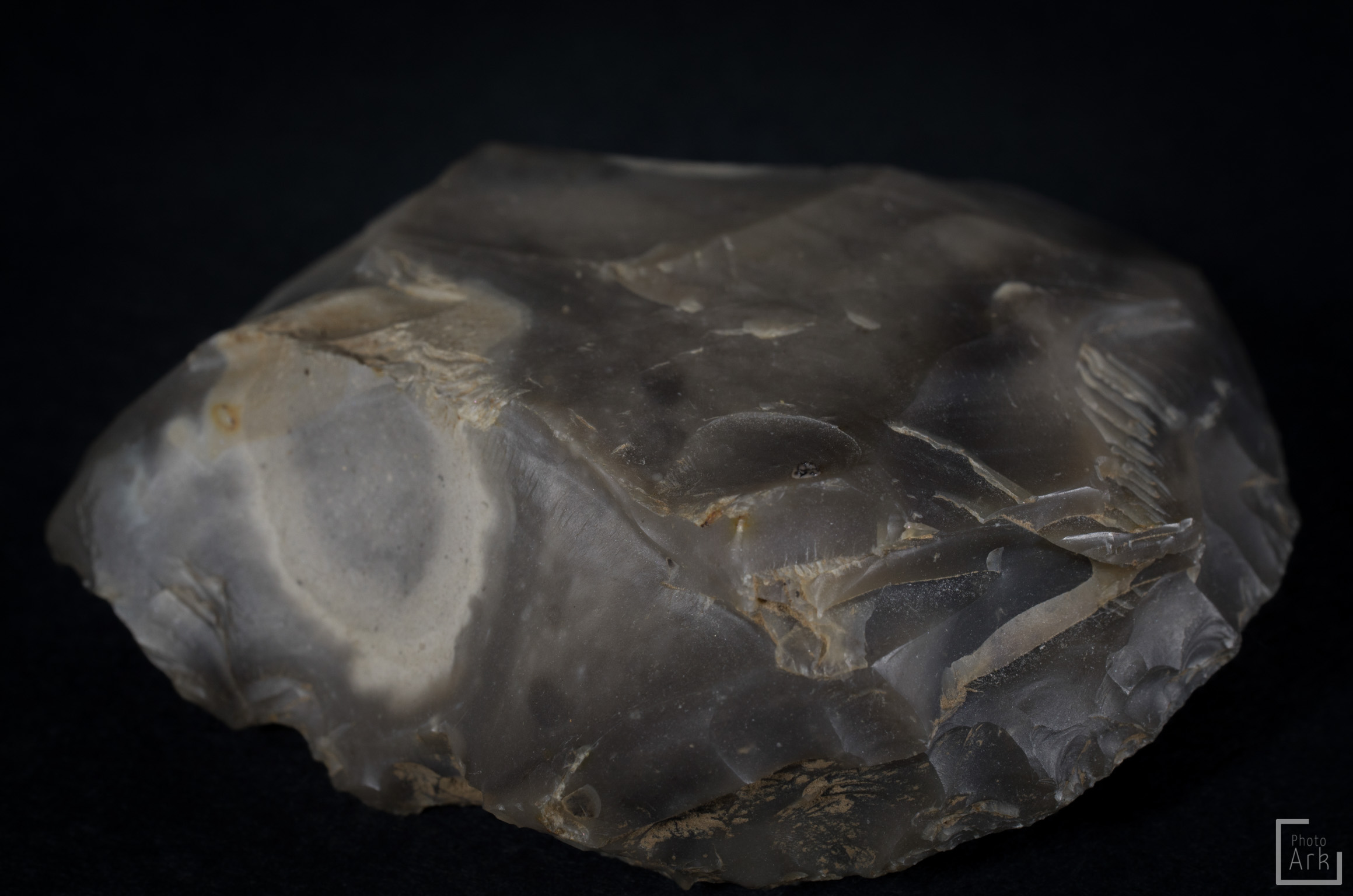 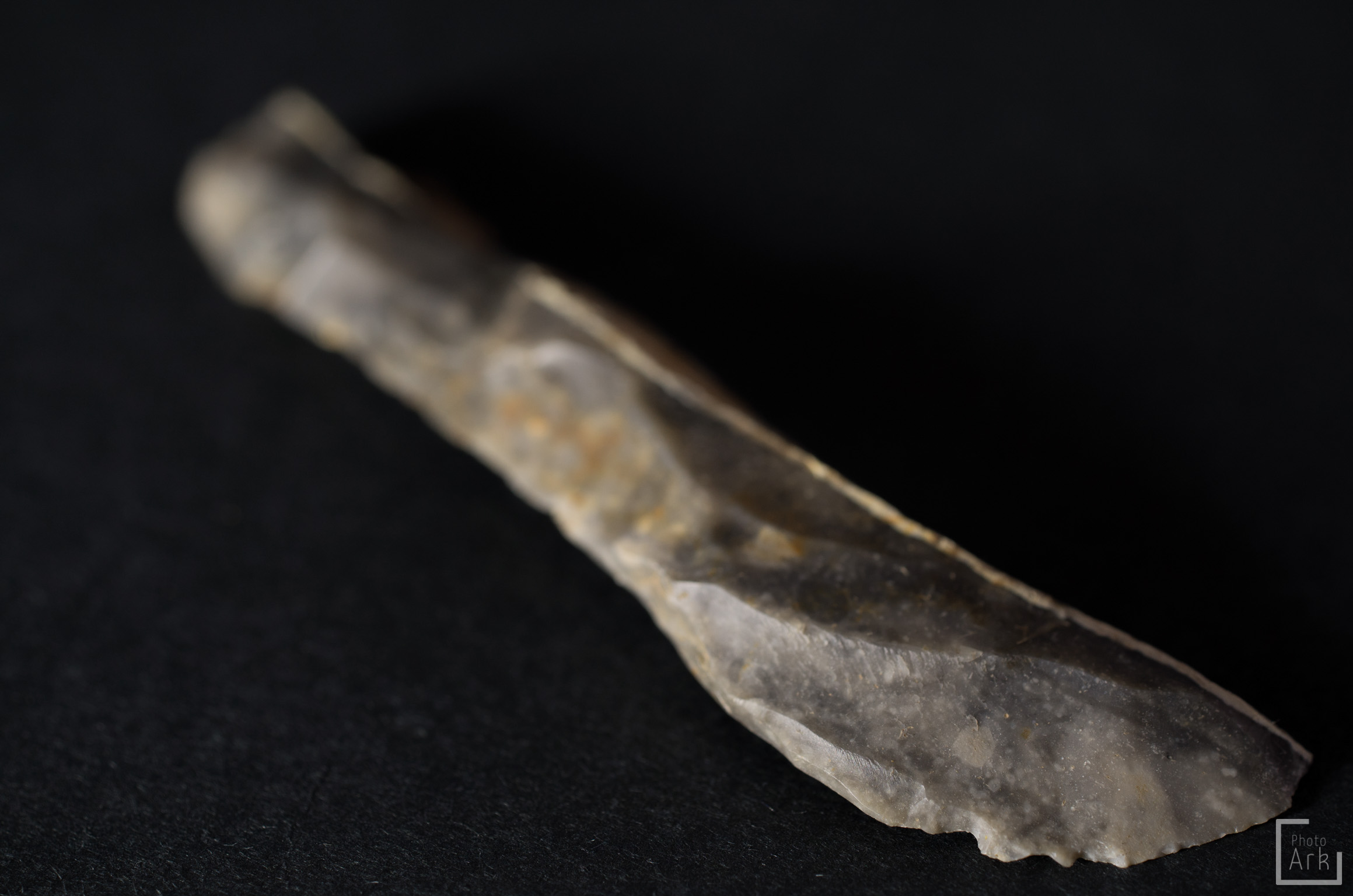 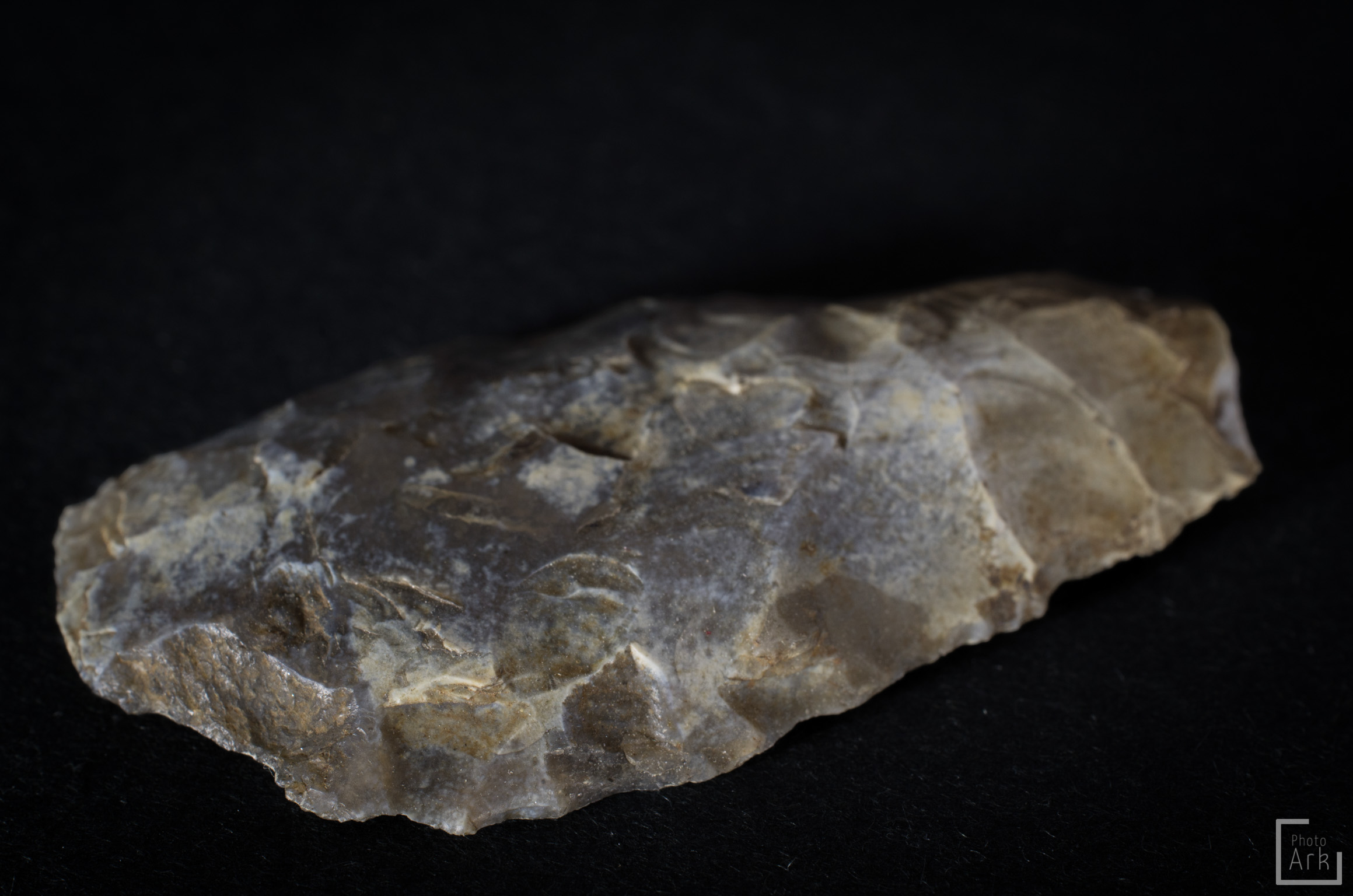 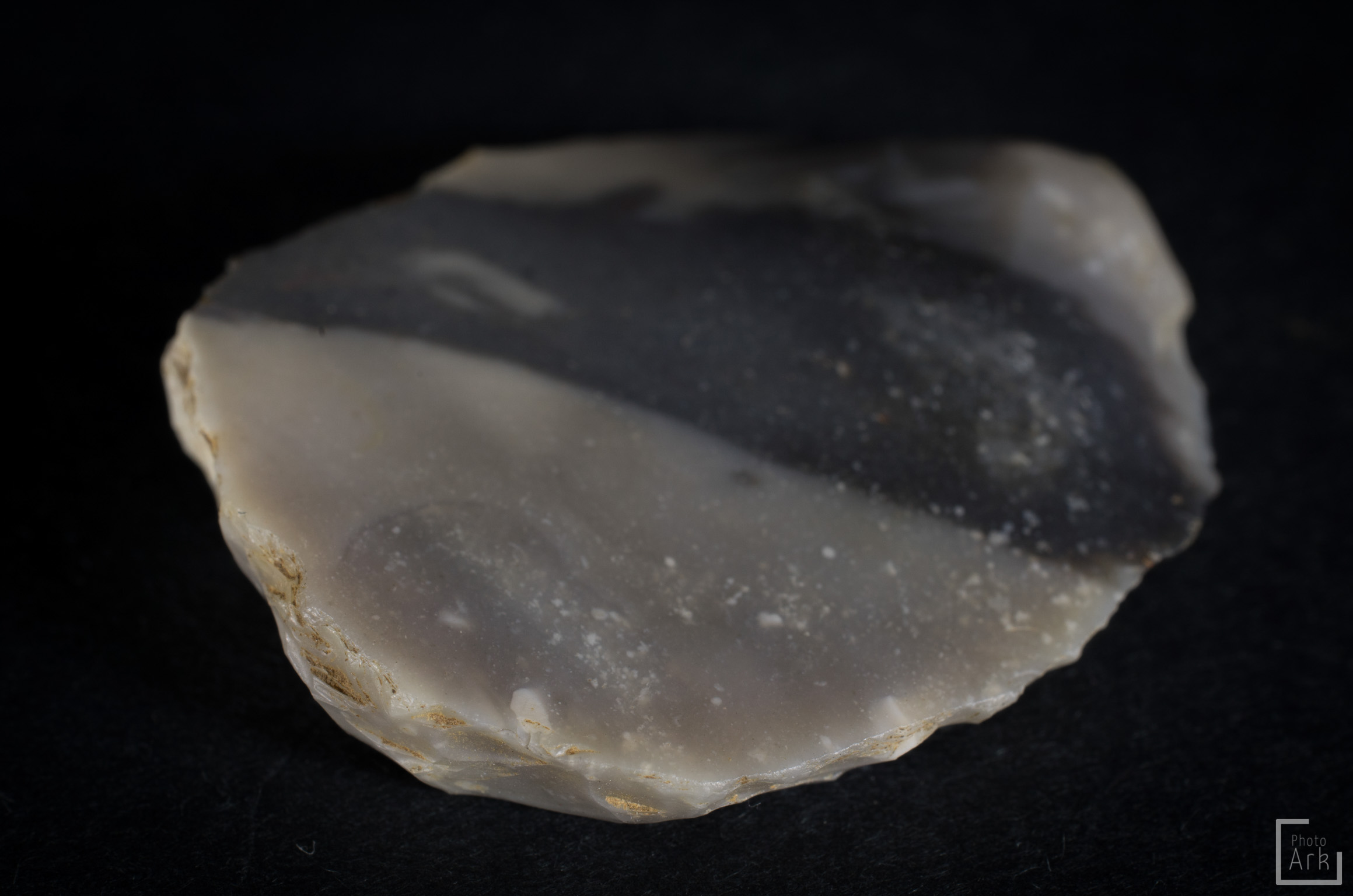 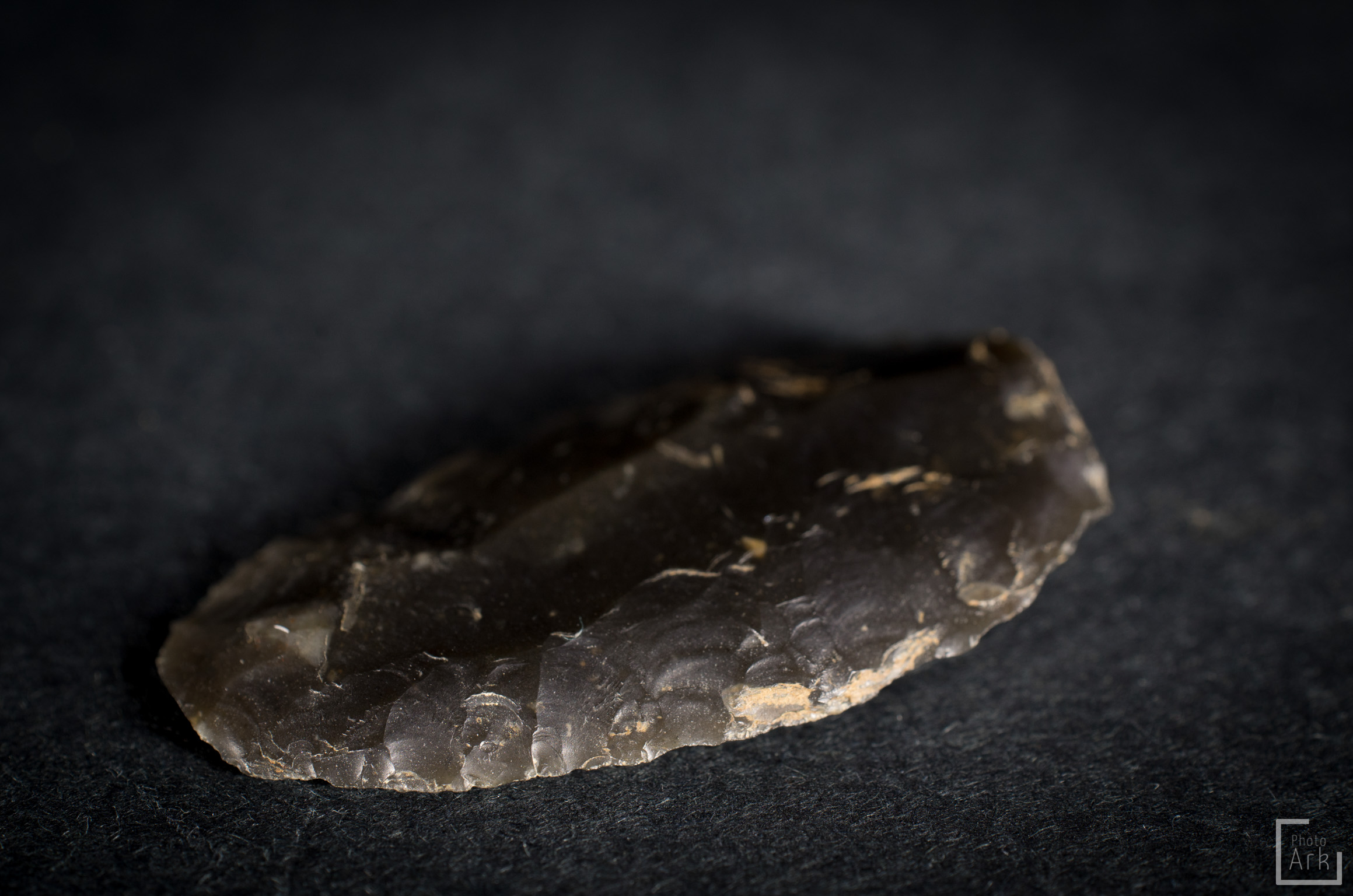 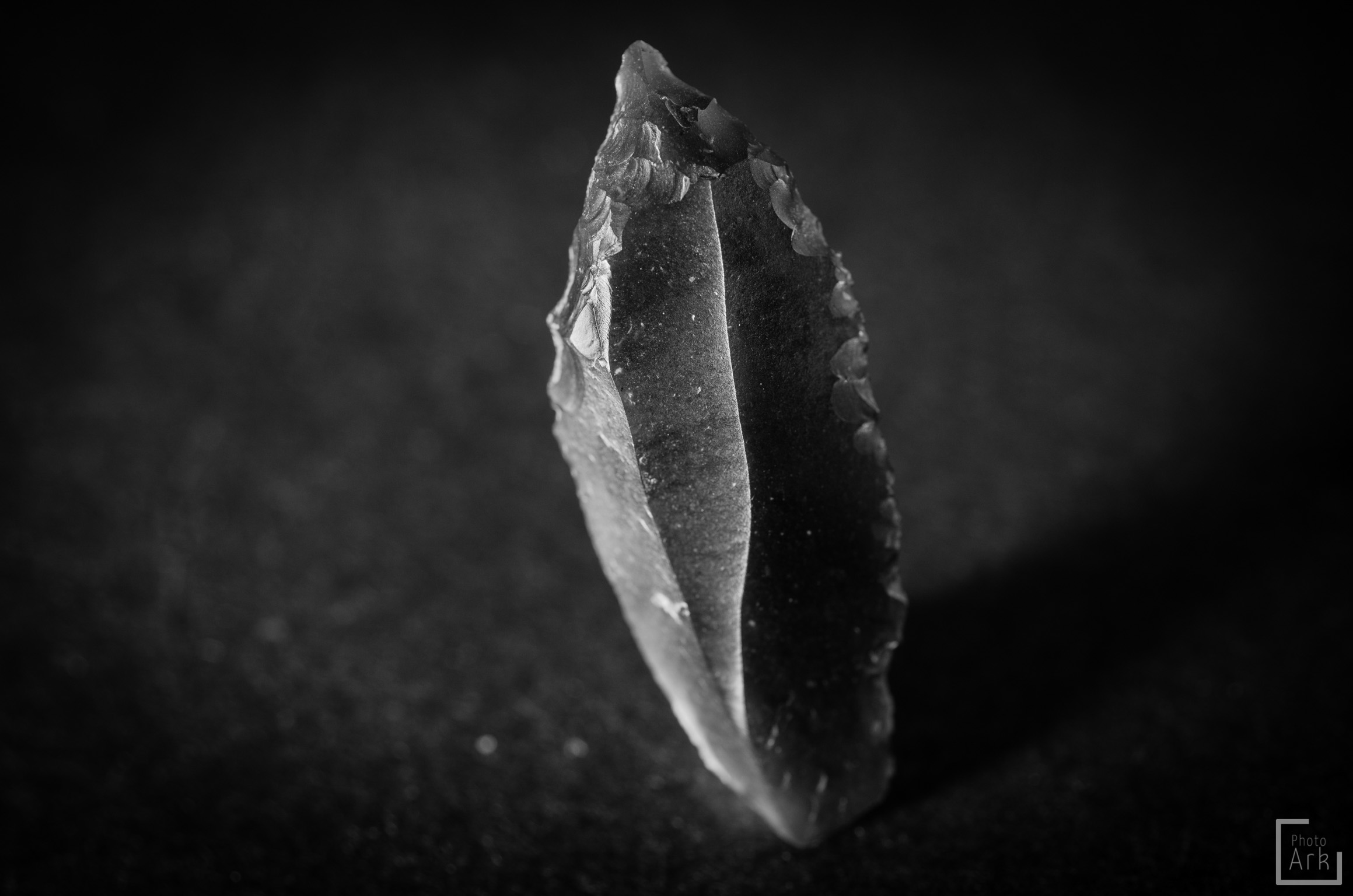 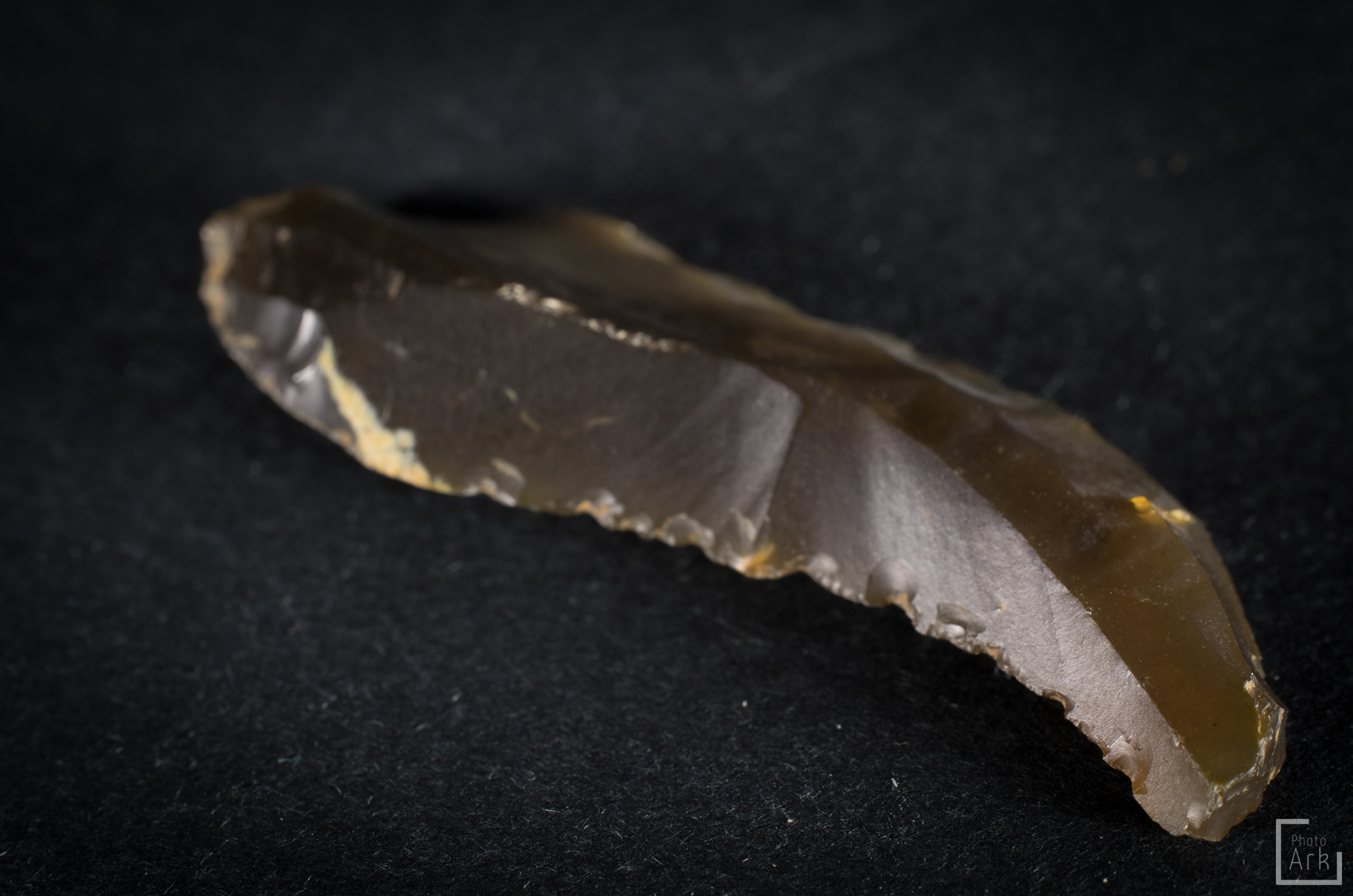