Differences between Leica T and TL2

Leica’s T series cameras have polarised opinions regarding camera design and interface since the original T was released in 2014 and it is the vocalisation of these opinions that help to keep the camera series in the limelight, forging love/hate relationships from users and non-users alike. There is little doubt that Leica took a very bold step when developing the system as even today, there is little else out there that looks quite like it. I must admit that when I first laid eyes on the original T, I was unimpressed – it seemed a step too far, and the innovative touch screen interface was the exact opposite to what I was used to seeing in a camera. 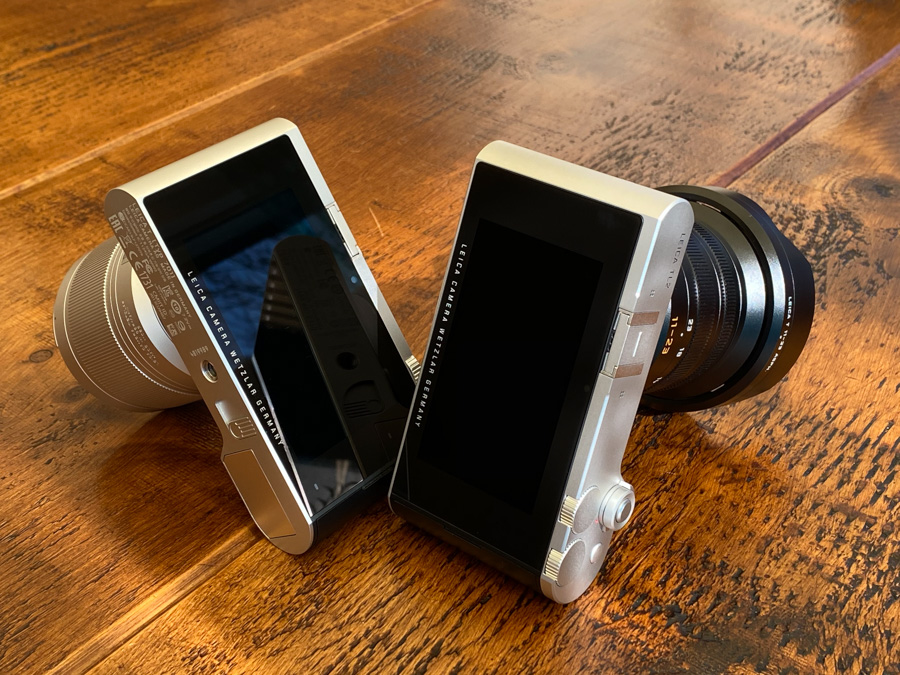 At this point I had not handled one and it was only through doing this that my opinion took a 360° turn. Suddenly it all made sense and my affection for buttons and dials melted away. I suddenly felt that the use of a myriad of buttons were a workaround while a better solution was found. My analogue past dissolved as I welcomed in a new operational dawn and I took to a touchscreen interface like the proverbial fish to water.

That was a few years ago and I have never looked back or fallen out of love with its simplicity. Touch screens have found their way into many cameras today, but not on the scale that the T utilises one. Naysayers predicted that the T would die quickly, and the entire system be consigned to history. But this has been far from the case as new models came along in the years that followed, and the lens line up was gradually expanded. At the time of writing this, there have been three models; the T, TL and TL2. Will there be any more? Only Leica knows the answer. But even if the TL2 marks the end of the line, the system will thrive through the CL and its big brother, the SL2.

A few months ago, I decided to purchase a TL2 and see for myself what improvements had been made and exactly how much these improvements added to the shooting experience over the much-denigrated T. My original T and the newer TL2 are firmware patched to the latest versions (1.9 & 1.6 respectively) and, as there are many differences between the two models, I am only going to cover fundamental changes, and not in any order of importance to me.

So we are looking at reasonable increase here, up from 16 to 24 megapixels which keeps the TL2 aligned with many other APSC-sized sensor cameras. If I was to be truly honest, I never had an issue with 16mp, and found that with TL lenses, the results were more than satisfactory. Apart from an increase in detail, there is little more that an 8mp increase gives me. Dynamic range appears similar and I still find that I have to underexpose by 1/3 stop to ensure highlights are not blown out. Something I haven’t tried yet is to see how much low light performance has improved, not that I have any complaints about the T’s performance here.

Just when I thought I had seen in the T the most austere design in photographic history, the TL2 takes it a step further by removing the power button’s on/off text and flash icon. As the dedicated video button can now be used as a function button, the red dot of paint has also been removed. A redesign of the button shape makes for a better user experience, but it does stand a little bit taller than that of the original design. The flash has also gone which leads to an even more stripped-down appearance. Gone are the sharp edges in favour of a slightly chamfered finish, which makes for a better handling experience.

I don’t think I am the only one who complained about the T’s inability to record DNG file only, as I do not use in-camera jpg’s. Consequently, the first action when copying files over onto my computer is to delete them all. It is a waste of time and card space having to deal with them each time. So, to hear that Leica had finally addressed this in the TL2 made me very happy indeed. Given the increased megapixels between the two models it was a good time to deal with this issue. My X113 behaves the same as the T in this respect and if I recall correctly my X1 before this. Whatever its origins I am really pleased that it has been changed.

I am guessing that the above was made possible partially because of the introduction of a new, faster processor. But there are other areas where things are noticeably faster, namely start up time and overall general response. There is considerably less screen tearing when reviewing pictures and using gestures to enlarge them. The T was noticeably laggy here and although it didn’t really bother me, I could understand how it would annoy others.

This came as something of a pleasant surprise to me and something that I hadn’t considered in my upgrade plans. For anyone who has used Leica’s X series cameras, you will probably have noticed how whisper quiet the shutters are. These were cameras that could be used in very quiet locations, or when wishing to be stealthy. They were also great for capturing candid moments, being very unobtrusive machines. The TL2 benefits from a shutter overhaul that includes an electric shutter with a top speed of 1/40000th second. Any shutter noise created when using the electronic shutter is artificial and can (thankfully) be switched off in the camera’s settings. This makes it completely silent and one of my favourite upgrade features. 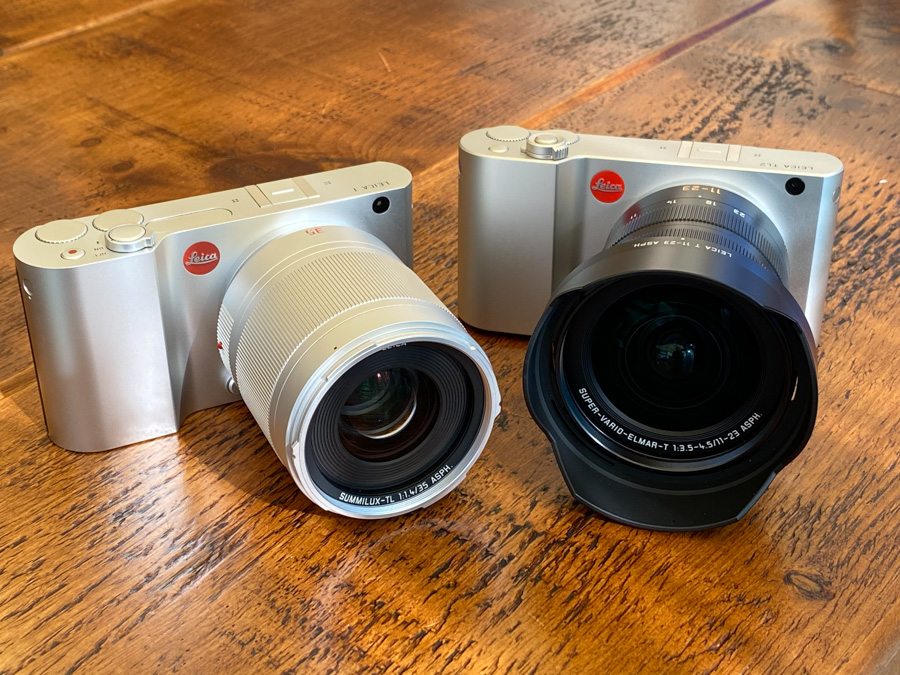 T series cameras are one of very few designs that include realistic amounts of internal memory. By realistic I mean that I can easily achieve a few days shooting before getting worried about space. I get the impression that this was increased in the TL2 to mitigate the megapixel increase, as the memory has doubled in size from 16 to 32gb. Read/write speed seems a tad slower when compared to using a SD card. But if I was being honest, in the real world this matters little to me. My only reservation about using the internal memory is in the event of electronic failure, as it would probably require the camera sending back to Leica to retrieve them… along with a pretty nerve-wracking couple of weeks waiting to see if they can be retrieved. I do use it now and again, but for any shoots that are precious to me, I prefer to use a card.

A great little addition that finally does away with fiddling about getting the pesky connector the right way around. 25 years ago, this would not have been a problem for me, but my eyes are not what they were, so USB-C is a big help. Of course, the other benefit is that USB 3.0 has a transfer speed that is almost 10 times faster that USB 2.0 (4800 Mbps compared to 480 Mbps). Naturally this blazing speed is dependent on the target device also supporting USB 3.0, which my MacBook sadly doesn’t.

The touch screen size has (thankfully) remained the same size and even though the menu items have been regrouped, it is as intuitive as ever. I have no preference over the way the menu icons are presented and can happily switch between models with no problems. As discussed earlier, the faster processor in the TL2 does give a better user experience due to less lag and tearing, but again this doesn’t not overly concern me.

Contrast Detect Auto Focus (CDAF) systems always have headroom for improvement when compared to Phase Detect Auto Focus (PDAF). But taken alone they are not really such poor performers except in very low light conditions. Manual Focus helps mitigate this and if your subject matter is predominantly low light work, maybe you should consider a camera that uses PDAF. I do agree that when used with the TL60mm macro lens, focusing can be very frustrating as the lens hunts for what seems like an eternity before locking on at close distances. For this kind of application, I always switch to manual focus as this gives me finer control over my actions. The TL2 is a little better in these situations when compared to the original T. But to be honest, there is very little in it. 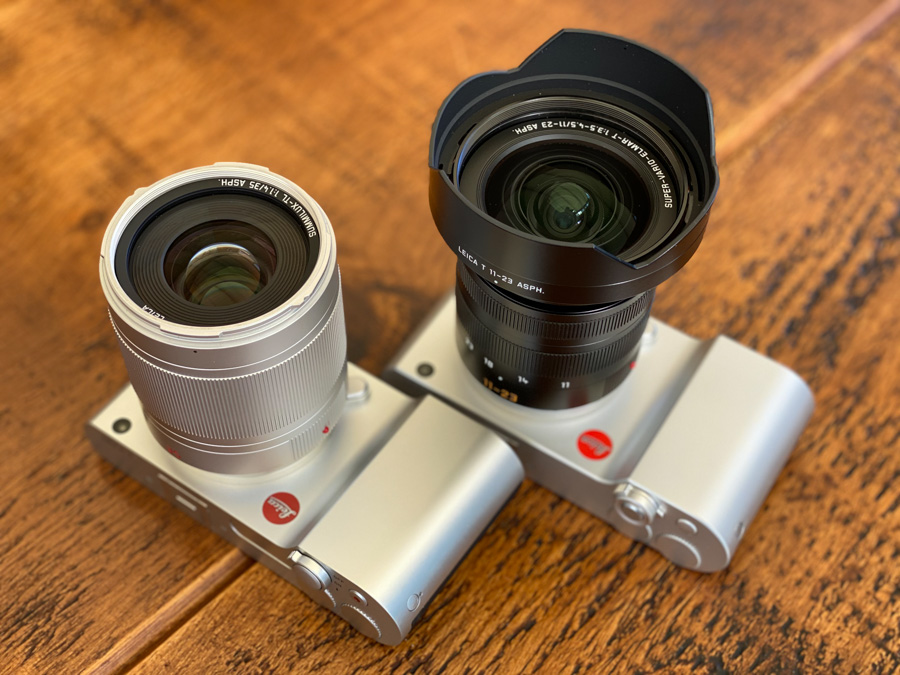 That concludes my round up of the more meaningful differences between models and I appreciate there are a whole bunch of others. The reason I decided to add a TL2 to my system was one driven mainly by cosmetics. I have always loved the paired back look of the T series and the TL2 is even more austere than the previous generation (see Body Styling above). This, and the TL2’s ability to produce DNG files without jpg’s, were enough to persuade me. Everything else, particularly the silent electronic shutter, was a bonus. The thing is that I still really like the T and, in my eyes, it has not really been superseded.

Will there be a TL3? That is a question that only Leica can answer. What else could be added to the TL2 apart from incremental performance improvements or more (yawn) megapixels? Many users would like to see a built-in electronic viewfinder and as much as this makes sense, it also kind of contradicts the simplistic styling. If anything, I would rather see a vastly improved detachable EVF with increased resolution to replace the cheap feeling plastic offering that we have in the Visoflex 020. After using one for a little over a year, I am still reeling at the cost of an item that feels like it has dropped out of a party cracker.

The TL2 is like every other camera out there - not perfect. For me it does what I need a camera to do and the touch screen interface was something of a eureka moment when I first handled a T. Having been into photography for almost 40 years, I have seen plenty of gimmicks come and go, but embraced changes I felt have enhanced my style of shooting. I love some of the more classic camera designs but am not hung up on buttons or dials. The T series styling is in no way a gimmick, but a breath of fresh air that strips out unnecessary functionality, radically changes the way we approach picture taking, and adds a whole lot of fun to the process. T3 or not, the T series will occupy a place in my heart in the same way as my Olympus OM1 did back in 1982.