PhotoArk have used many different camera systems and models over the years, and we were early adopters of the Olympus E-System, obtaining and using two models early in its history. The first of these was the E-1, followed a little while after by the E-510. I was always impressed with the build quality of Olympus cameras, and my experience with them goes back three decades with their film OM System. These two digital models were no exception; the E-1 being built like it could knock nails into wood and fully weather sealed, and the 510 being lighter, more portable and an ideal travel companion.

But times change and technology progresses, so how do these two models stand up today? We do not use them in the same capacity as a few years ago, but retained them and four Digital Zuiko lenses in our photographic archive. 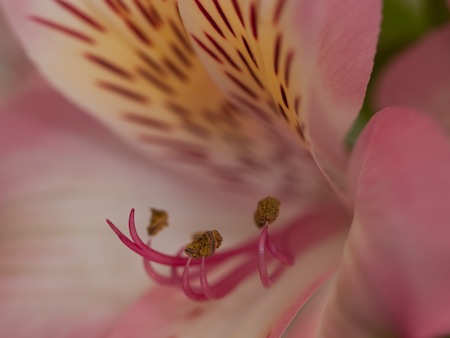 The E-1 has seen very little use during the last few years, but recently it was powered up and re-united with the DZ 50mm ED F2 macro lens. We had a requirement to photograph some Lilly and orchid flowers at fairly close quarters and I recall the 50mm lens provided outstanding clarity and colour when used in conjunction with the E-1’s Kodak sensor. The results were nothing short of spectacular.  Out of camera JPEG’s have always been a strong point of the E-1, indeed of the whole E-System, but RAW files have been given a whole new lease of life through applications such as Lightroom. As most users of the system will know, the E-1 is ‘limited’ to just 5 megapixels. But what superb megapixels they are; assuming that you do not crop images much (and we don’t) it produces files that are more than acceptable and, in many cases, exceed expectations. For me, the only real downside is its noise problem beyond ISO 400. However, I soon learned to keep it at ISO 100 where possible, and use a tripod.

The 510 has seen more use than its venerable sibling recently, as it always finds its way to our sides on overseas trips and other locations. I think this is down to a combination of its smaller size and low weight, along with a larger (10) megapixel count.  It does not possess the weather sealing that the single digit E bodies possess, but this has never been a problem for us. There is really no reason for not including it in our travels and, like the E-1, its files are very good indeed. I am not sure what algorithms Olympus use with regard to their JPEG engine, but it has remained one of the industry’s finest and its DNA has successfully been passed onto the Micro Four Thirds System. 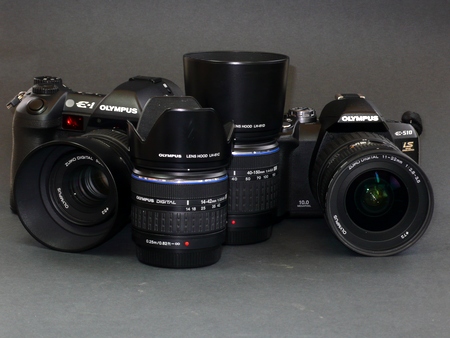 Many photographers seem to disapprove of built in flashguns. I agree they are limited in power and functionality, but they can be incredibly useful from time to time. So I see the 510’s on-board one as an advantage. Another noteworthy point is the increase in noise control over the E-1 at higher ISO’s.

So several years on, we find that these old E-System models still have a use and results continue to impress. They are no longer our regular picture taking machines, but I must admit there are very few reasons that they should not still see active service. As Olympus only now produces one full blooded E System model, we are unsure if we will pursue the system further. However, Zuiko glass is amongst the best in the industry, and we cannot quite let go of this. Maybe one day Olympus will re-formulate some of the superb professional lenses for dedicated use with the Micro Four Thirds system (instead of using them via an adapter). Now that would be very interesting.