If ever there was a scene waiting to be photographed, it is during those few minutes at the beginning or end of the day when light becomes really magical, transforming even the most mundane subject matter into a potential work of art. I would guess that nearly all photographers will have a series of sunrise and sunset images in their collection as they can make for stunning viewing and are relatively easy to capture. Add to this the absolute peace that can be found working at these hours…what is there not to like? Some of the memories I have from being up before the silver dawn and walking across moors (or camping out for the night) to get to my chosen subject are every bit as exciting as making the final image. Similarly, taking a walk along coastal cliffs during twilight looking for a good location to capture those warm sky tones after sundown can be spiritual. 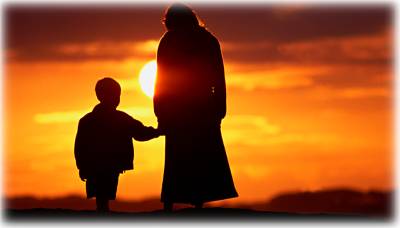 It goes without saying that this type of photography may involve the sun, so the usual common sense approach applies to ensure no damage is done to the eyes. Don’t look at the sun unprotected, particularly through a long telephoto lens. Intense sunlight not only damages eyes but can damage camera shutter and sensor assemblies.

One of the beauties of this type of photography is that superb results can be achieved regardless of the lens’ focal length. Novices are often under the impression that a telephoto or telezoom lens is required; true, if a large sun’s disc is required then this is the way to go and 200 to 500mm lenses are an excellent choice; spot metering is ideal and the reading is best taken from an area not too close to the sun as this will prevent the image from becoming under exposed and allow some colour retention in the sun itself. But having just a large golden disc in the image is not enough, so look for landmarks that can be included such as a distant hill, trees or a body of water to add a little interest. If possible, include cloud formations to break the monotony of the sky.

Good sunrises and sunsets are not the preserve of telephoto lenses though. When I started out, I was one of those people that thought it was, so all of my early images bear the trademark perspective compression provided by telephotos. I cannot recall exactly when it was that I took the leap of faith and started using other types of lenses but I do recall how it changed the way I saw the image I wanted to create. I began using 50mm lenses to include much more foreground interest such as buildings, classical ruins or sea. The sun shrank to become an almost insignificant element but allowed more sky to be captured resulting in some wonderful washes of colour.

But is doesn’t stop here; pushing the boundaries back to 24 or 21mm really opens up the field of view as they have an angle of view of 84° and 92° respectively (compare this to the 47° of a 50 and 5° of a 500mm). Suddenly whole swathes of foreground interest can be included either as silhouette or containing detail, depending on where the scene is metered from. I particularly like using a 21mm when photographing sunsets from beaches as they allow me to include beach, sea and sky which looks very effective when some cloud is present. The sun is reduced to an almost insignificant dot but it should still be considered when calculating the final exposure as it can easily cause an unsightly burn-out in the resulting image. 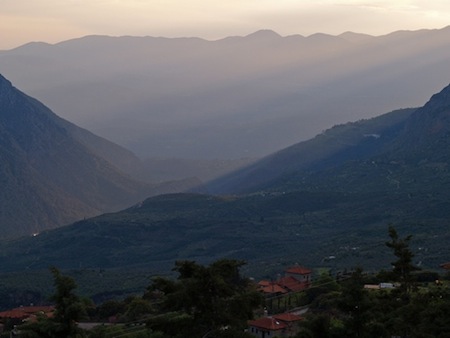 Sunrise and sunset photographs do not have to contain the sun. The cool, soft light of early morning lends itself well to plenty of subjects that, if exposed correctly, retain the essence of the moment. For example, a fog shrouded woodland scene punctured by slanting rays of light immediately conveys to the viewer a time of early morning. Similarly, the warmer tones of evening can be interpreted by reflections off water or distant mountain ranges against a colourful sky-almost anything is fair game during the magic hours of dawn and dusk.

Living away from the coast, I need little excuse to set up camera and tripod when at a seaside location and point it in the direction of the rising or setting sun. I love capturing those moments just before the sun rises, when the sky is washed by tones of magenta, pink and pale blue. A multitude of possibilities lie before me and I have just a few minutes to decide how my final image should look. And when the moment has passed, sitting quietly and watching the world waking up takes some beating.

Some of my most enjoyable coastal sunset photography was when I visited the Portuguese Algarve a decade or so ago. Most evenings during our visit produced varying amounts of cloud cover, but never enough to make things dull. Consequently we were treated to some really spectacular sunsets whereby the sky shifted though the colour spectrum like a child’s kaleidoscope. Given that our accommodation was a few minutes stroll from sea facing cliffs, I had one of the most productive sunset photography sessions ever. 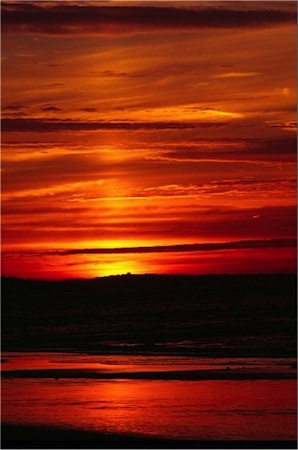 Returning to home, living on the edge of Derbyshire’s Peak District gives me easy access to some beautiful countryside, ranging from windswept moors to lush limestone dales. The moorland provides excellent opportunities  as not only does its beauty shine, but their loneliness is amplified by the fact that most day visitors have yet to arrive, or have long since left. Sometimes the walk to a location involves many miles and it is not possible to return in one day. This gives me the perfect excuse to load up a full pack and pitch a tent at my chosen location. It is then simply a matter of waiting for the right moment.

One of my favourite sorties was a two day walk around the Derwent Watershed in North Derbyshire. The weather was unsettled and toward the end of the first day, heavy rain closed in forcing us to pitch tent where we stood. The night was extremely stormy and wet with low cloud swirling around the tent making photography impractical. So I cooked up some food and crawled into my sleeping bag to get what I could from what turned out to be a disturbed night’s sleep due to the wind and rain hammering down. I woke just as the night was drawing out, to absolute calm. Unzipping the tent revealed a completely different landscape to the one I locked out the night before. The cloud had completely retreated, revealing that the tent was located just a few yards from a large outcropping of gritstone, beyond which lay unbroken vistas to the south. I wasted no time setting up tripod and firing off several frames as the sun rose to cast long shadows across moorland occupied by artic hares, grouse and us. The previous day had been exhausting and the night demoralising, but it was worth every moment while I was pressing the camera shutter.

Sunrise and Sunset photography does not by any means have to be as tortuous as this; nor does subject matter have to be limited to what has been covered above. City skylines, architecture and monuments all afford superb opportunities whether they are included as silhouettes or when allowing soft light to pick out finer details. And a mix of lens works equally well too. There are those times when a tight study of a particular building as the sun rises, call for the use of a telephoto optic. Then there are those images as the sun paints a cerise afterglow over restaurant-lined town squares crowded with people, which call for the use of a standard or wide-angle lens.

Over the years, I have photographed most subjects with the sun low in the sky as they reveal detail, texture and colour that are not seen at other times if the day. Many images belong to the magic hours, but do not forget that such magic exists throughout the day – you just have to know where to look. 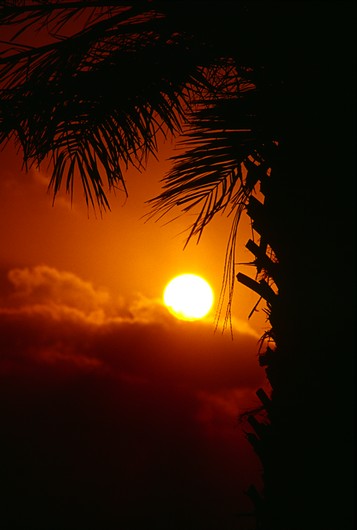 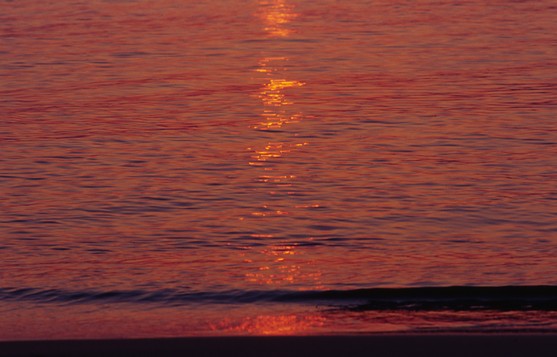 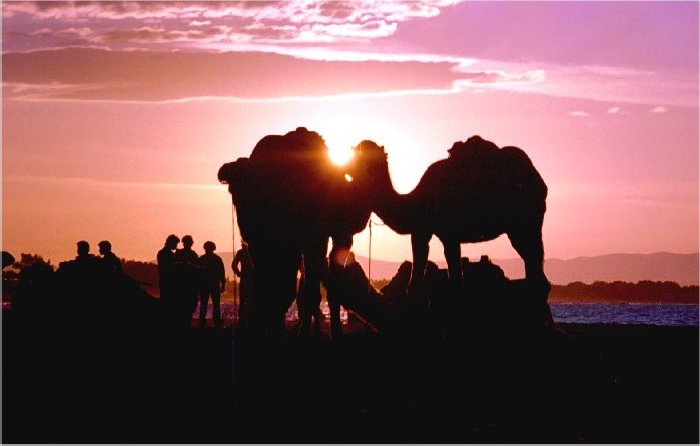 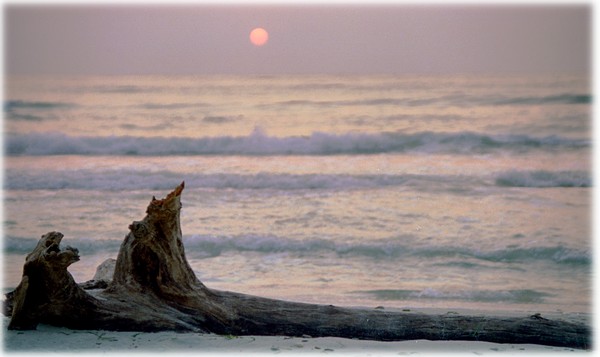 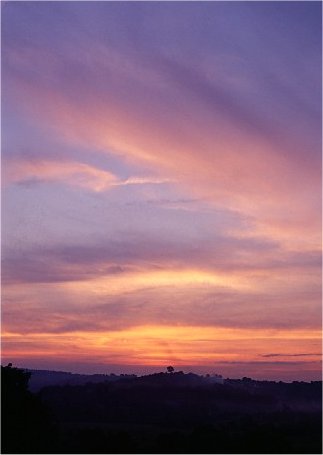 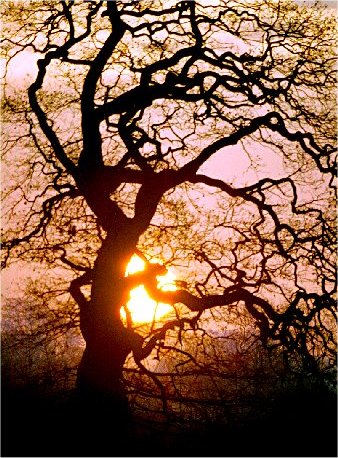 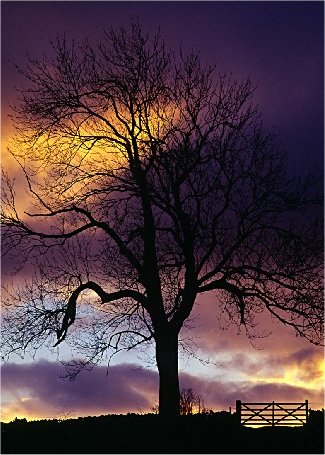