So I finally committed to a new camera system after many months of evaluating what the market has to offer. I decided to buy into in the Leica T or TL system as it is now known. With very few exceptions I have never been the kind of person to jump at new technology, preferring instead to remain behind the curve and reap the benefits of a debugged product that usually has the added bonus of reduced pricing. My purchase of the T is no exception and finally found its way into my hands more than two and a half years after its release. Such a long time in the market place has resulted in huge discounts, particularly as I timed my purchase with the announcement of a slightly updated model, the TL. Given the small generational differences between the two (32GB instead of 16GB internal memory) faster autofocus in C-AF mode (which will probably trickle down to the original T in the form of a firmware upgrade) and a pretty new titanium finish with bevelled edges, I am more than happy with the choice made. 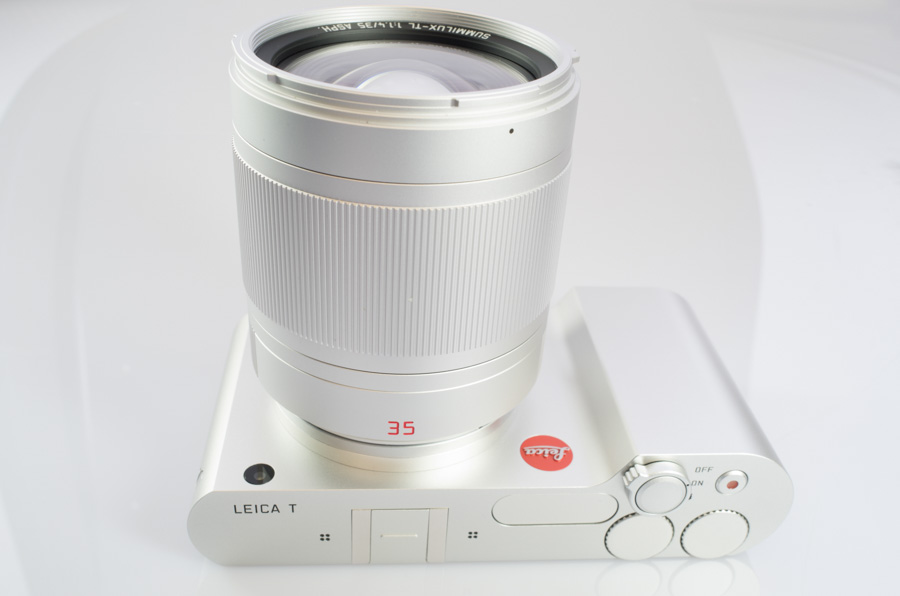 One thing I love about Leica products is the packaging – silly I know, but unboxing any of their items is great fun which is never lost on me. The attention to detail here adds to the anticipation of ownership and build quality of what lies within. The T is no exception…from the two draw box containing peripherals and manuals to the foam lined sarcophagus housing the camera body – no expense has been spared. I tend to take my time unboxing Leica stuff as the experience does not come often and I appreciate living in these particular moments.

I have often heard the T described as a ‘marmite’ camera…you either love or hate it. I must admit that when I first set eyes on one a couple of years ago, I was less than impressed. The design seemed so far removed from my expectations I quickly dismissed it as gimmicky…after all who wants a camera driven predominantly by a large touch screen?

It was earlier this year at the Photography show that I became interested, and this was due to Ethan handling one while I looked at the Q and M series cameras. I became oddly disenchanted by these two systems and joined Ethan as he had just attached a newly announced silver Summilux 35mm f1.4 lens to a silver body and was taking test shots. As the T uses an APS-C size sensor, the lens provides a focal length equivalent to 50mm – one of my favourites, particularly at f1.4. The test results were nothing short of stunning. I decided to try the combination out and immediately bonded with the handling and, after a further twenty minutes of use, suddenly understood the philosophy behind its design; There are just four buttons on the top plate which allow fundamental control…the rest of its features are driven by the touch screen, resulting in very minimalistic and sublime styling. Once set up to my own shooting style, I found I rarely needed to access the touch screen controls, other than to preview images. The balance with the 35mm lens was perfect and without any further time-wasting I was in a queue ready to purchase. Disappointment came when I was told that the lens was not yet available but I could pre-order. Not happy with this, I walked away empty handed. 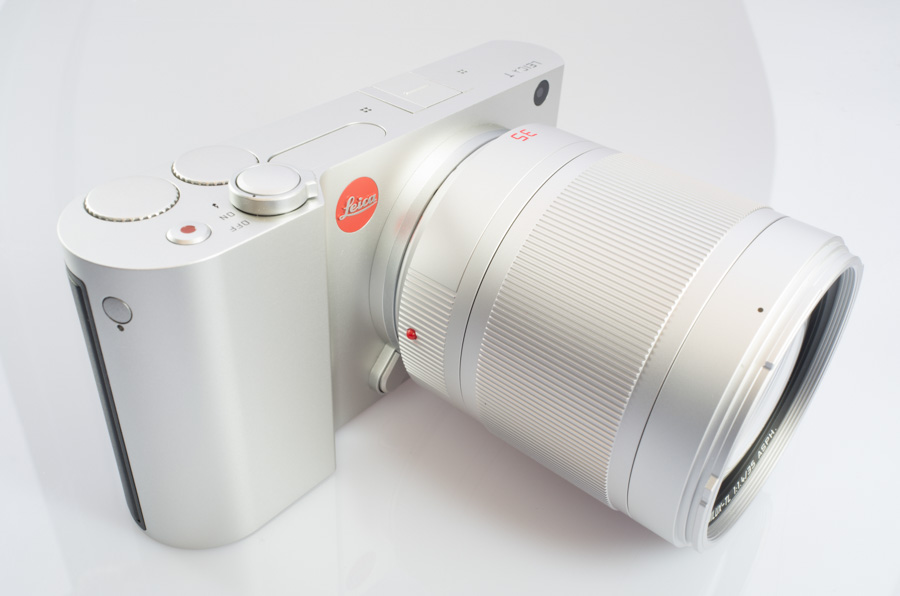 The T continued to haunt me for several months, in which time I evaluated the Olympus OMD and Pen series, along with Fuji’s X-T2. But the build quality or handling was not the same even though their feature sets far outweighed the Leica. The last time a camera like the T felt so right in my hands was almost 35 years ago when I first picked up the Olympus OM1 (which I still have). Fed up with ‘system confusion’ and knowing the T was on the cusp of replacement, I decided to finally jump in.

My particular example was manufactured in August 2014, so was old stock. Consequently, it was running an early firmware version (1.1), which never allowed the camera to perform to its best capabilities. I upgraded it to 1.55 which addresses many issues and transforms the camera’s operation.

Everyone who has heard of the T will know that it has been constructed from a single block of aluminium, painstakingly hand polished for 45 minutes. This unibody design is what is responsible for its sleek and tactile feeling when picked up…it demands to be handled and through this comes inspiration and desire to use it. This is a key attribute for me as I look beyond a camera as simple a photographic tool, for properties that nurture creativity. It is precisely this that makes me choose the cameras I use…from the OM1 and OM4Ti film cameras to the Leica X and T. I have other cameras that perform equally as well (if not better in some cases) but they lack this attribute and are used in situations where specific conditions demand their use.

The large lens mount suggests that a much larger sensor could be used, and this is exactly what Leica have done; the same mount is used for their full frame professional SL model so I suspect that the roadmap for the TL mount will be an exciting and busy one, given that only six lenses exist for the T camera series and even less solely designated for the SL. 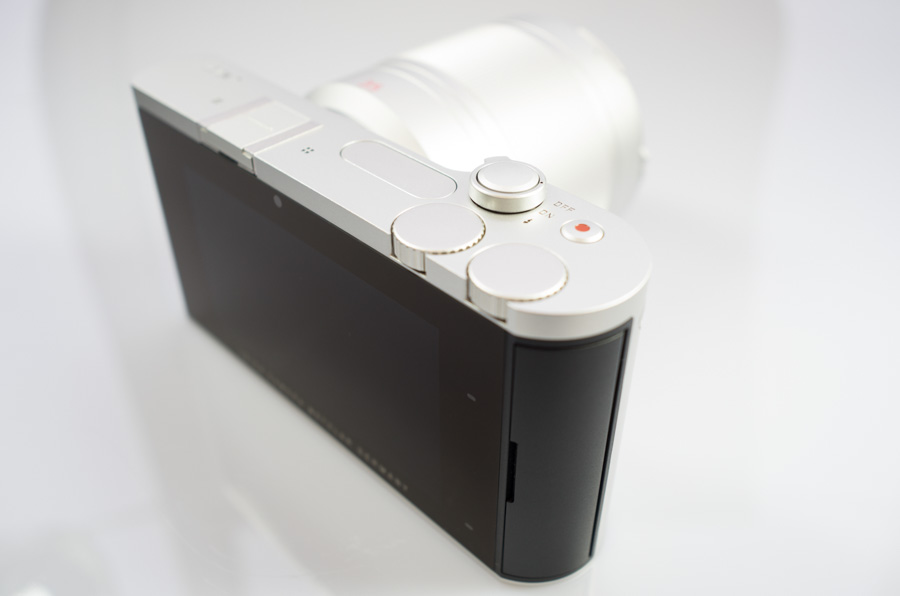 I am surprised that Leica decided to include a pop up flash on the T as it is next to useless for the larger lenses due to them throwing a shadow on the final image. This is also true when used with the smaller 11-23mm zoom, particularly when the hood is attached. The flash appears to be designed for use with the 23mm lens (and possibly with the 18-56mm zoom?). Personally I would have liked it to have been removed from the new TL model and the space used to incorporate a small electronic viewfinder. No need for the bulky shoe mounted viewfinder then, so the shoe can be used for its intended purpose i.e. a dedicated flashgun.

A neat touch is the camera’s built-in 16GB memory. While it is not a huge capacity, it is more than sufficient to allow me to shoot for a day without using external cards, and can be very useful if an external card is full and no others are available. It is a shame that it cannot be used as a mirroring option to automatically back up images written to a card – effectively a dual write system. It is good to see this feature expanded to 32GB in the new generation body.

I am not sure what to make of the battery at the moment; Part of me loves the fact that the lower plate forms part of the T’s body – it makes for sensible ergonomics. But on the other hand I have yet to find third party offerings, meaning I am tied in to expensive (£80) Leica spares. Having said that, how much would I trust a cheap third party alternative in such an expensive item? I have been there before and while there are good brands out there, I have also fallen foul of poor ones. On the whole battery life is good, particularly as it is supporting a large touchscreen. I can just about get a day’s shooting out of one, but will always carry a spare.

Writing of touchscreens, the responsiveness with the T’s latest firmware is very good, and I have no complaints here. Gestures are positive and accessing any of the options is quick in execution. I am a person who loves traditional dials on my cameras, so this technology built into in a camera is alien to me and something that scared me off when I first looked at the system. However, in actual use it is a breath of fresh air…a completely different concept that is intuitive and very easy to use. It also means that the camera body does not need to be bristling with buttons and switches, themselves intimidating when picking up a new camera for the first time. As intimated earlier, lack of buttons also helps greatly with the minimalist aerodynamic styling. 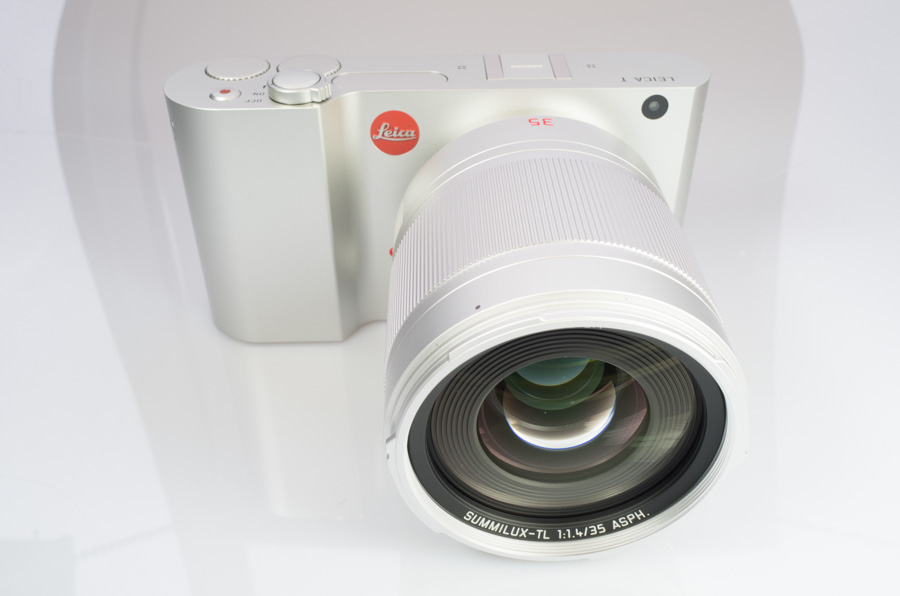 Image quality has to be king for any camera, but much of this is down to the optics placed in front of the sensor. Leica have a long tradition of producing fine lenses and, while my experience of them is a bit limited, the results I have produced from my X series cameras have always impressed and sometimes astounded me. In the final analysis there appears to be a real synergy between Leica optics and their respective bodies. At present I am limited to the results from the Super-Vario-Elmar 11-23 and Summilux 35mm f1.4 lenses (separate reviews will be forthcoming), but from what I am seeing, the quality is very impressive. In 2016 a 16MP sensor seems like old technology, but it is more than adequate for most applications and I kind of ‘got over’ the megapixel race many years ago realising that image quality is as much (if not more) about superb optics…hence why I chose Leica as my new system.

I have often read about the ‘Leica look’ which some users claim to have experienced while others have not. Transient in its nature, I am not sure I have experienced this yet or if it really exists, although some of my images do have a certain quality that draw me in and make me study them in more detail…more so than other brands I have used. I do not shoot JPG only, preferring to use RAW capture, so maybe it is my post processing that is responsible for this. I do know that, as with my X cameras, the RAW files are superb to work with in Lightroom and seem very malleable, allowing for lots of highlight and shadow detail to be recovered without becoming noisy.

It surprised me somewhat that the replacement TL model was almost a clone of the original T. I expected far more evolution in the new generation and a trickle-down of technologies from siblings in the Leica stable. If I was to be given an opportunity to add new features to the TL, they would consist of;

Being the minimalist that I am, I would also remove;

I guess this would customise the camera to my own requirements but everyone is different. To be honest, the above is not that important and is more of a ‘nice to have’ list. I am very happy with the T and it offers me compelling photographic prospects which I am keen to explore further as I expand my lens collection.