I admit, I am a bit slack when it comes to reviewing my equipment, it usually takes me about a year before I even consider reviewing it. But it does give me plenty of time to familiarise myself and give it a bit of a beating before I start singing its praise. 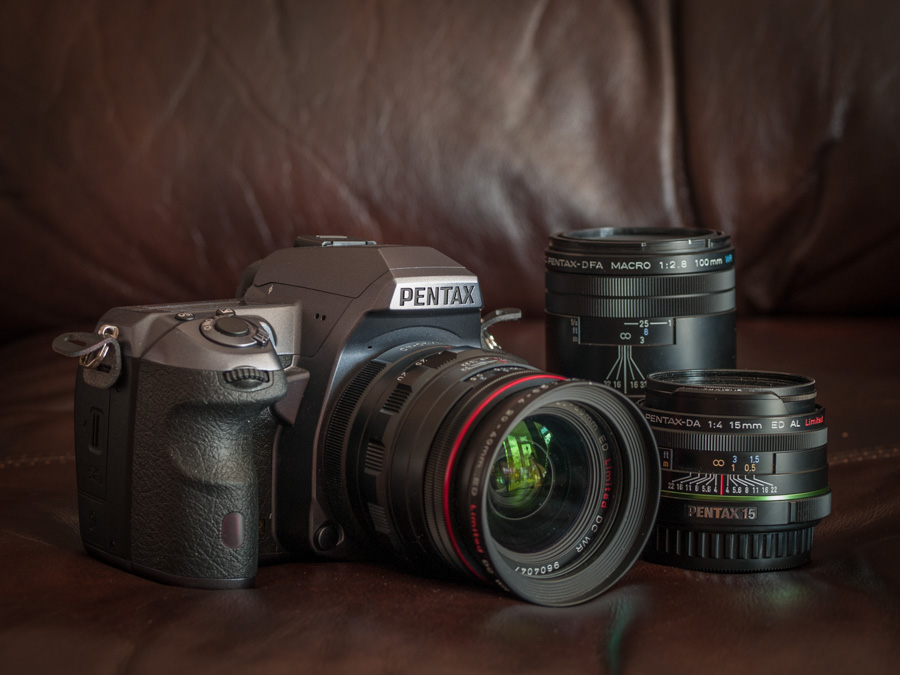 Having used a K-5 for many years now and being extremely satisfied with the results, I struggled to see how they could improve and make it worth upgrading. But the announcement of a K-3 in a gun-metal finish (known as the ‘Prestige’ edition) was just too hard to resist. With just 2000 units made world wide I felt particularly lucky to get my hands on one, particularly as they had been on the market a good six months before I had the cash to purchase. While they say you should never purchase something solely on looks I can honestly say it was worth it. This has to be the best, most badass looking DSLR ever made… EVER! The rarity of this type of finish makes it incredibly striking without it being in your face bold. I'am amazed more manufacturers haven’t jumped on the band wagon. But looking tough and being tough are two very different things, my K-5 has weathered extremely well and has taken quite a few beatings without showing it. You often find the finish on special editions is not anodised meaning the slightest knock could chip the finish revealing the magnesium alloy body. Thankfully this does not seem to be case with the Prestige. While exploring a gorge in Crete a rock I was stood on gave way resulting in me landing flat of my face and my K-3 on a rock. I expected the worst but to my amazement not a mark on it. Good work Pentax!

Picking up the K-3 for the first time was like slipping into a pair of old comfy slippers, with my eyes closed I doubt I could even tell the difference between this and my K-5 which suits me down to the ground. I always found the ergonomics & size of the K-5 a cut above, something which drew me to Pentax in the first place. The body is big enough to support a deep and chunky moulded grip along with a range of useful buttons without feeling bulky or cluttered. Yet the body still packs enough weight to balance even the larger of lenses without it becoming a burden to carry. These qualities are rarely seen in most ‘professional’ DSLR’s as the consensus seems to be, massive equals professional! One thing I did immediately notice was the removal of the air gap used to protect the rear screen. It certainly makes viewing images much more pleasurable as it cuts down on glare and increases clarity, but my concern was it left the screen somewhat exposed. Well rest assured, as the screen now sits behind a tempered glass panel which is absolutely solid. After poking and prodding with various pressures I could not get the LCD to ‘ripple’ once. Not to mention that after a year in the field the screen is still scratch free! 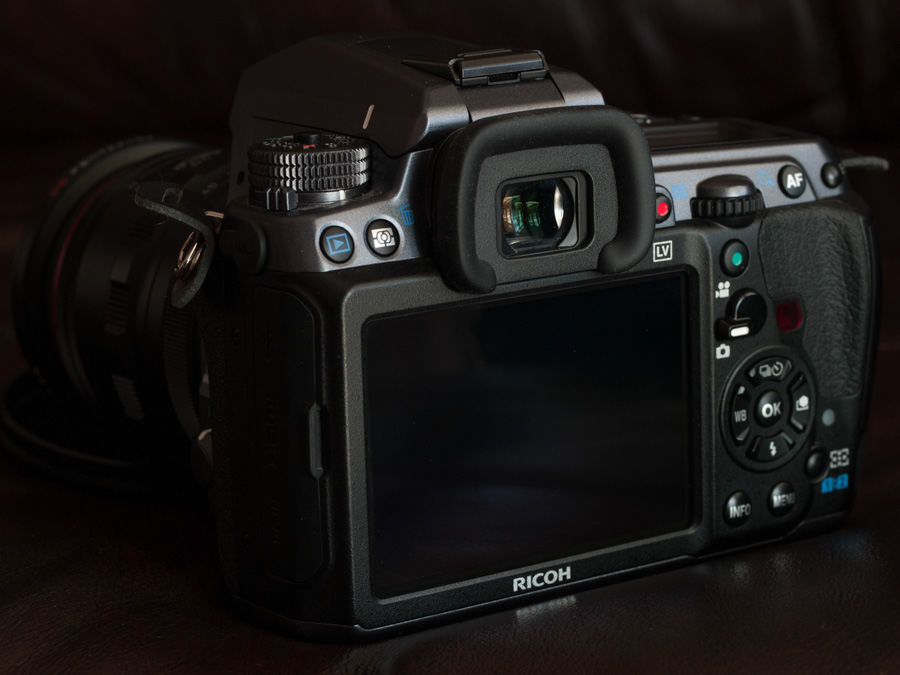 The viewfinder experience is identical to the K-5; the metering system is positioned at the bottom and displays all the usual information along with the accelerometer level and various modes that are enabled, like exposure bracketing. I got very good at changing many parameters on my K-5 without even leaving the viewfinder, trying to do this on my K-3 revealed a few niggling button changes. The most annoying being the AE-L button used for Spot Metering which has been moved slightly to the right making room for an AF button in its place. Every time I go to Spot meter I end up pressing the Auto Focus button, I just can’t break the habit and even after a year of use I still do it! The metering selector ring positioned under the Mode dial has been changed to provide a way of unlocking the Mode dial so you don't have to hold the button on top to rotate it. Again, an odd choice as to change your metering mode you now have to hold a button and rotate the rear scroll wheel. I would have thought most people change their metering more than the mode. Another odd one is the movie mode which has been moved off the mode selector dial and now has its own switch on the back. This position seems too prominent considering the main purpose of a DSLR is to take photos, not record movies. On a more positive note a button has been added to easily change between SD cards when viewing pictures, this also doubles up as an AF point selector. 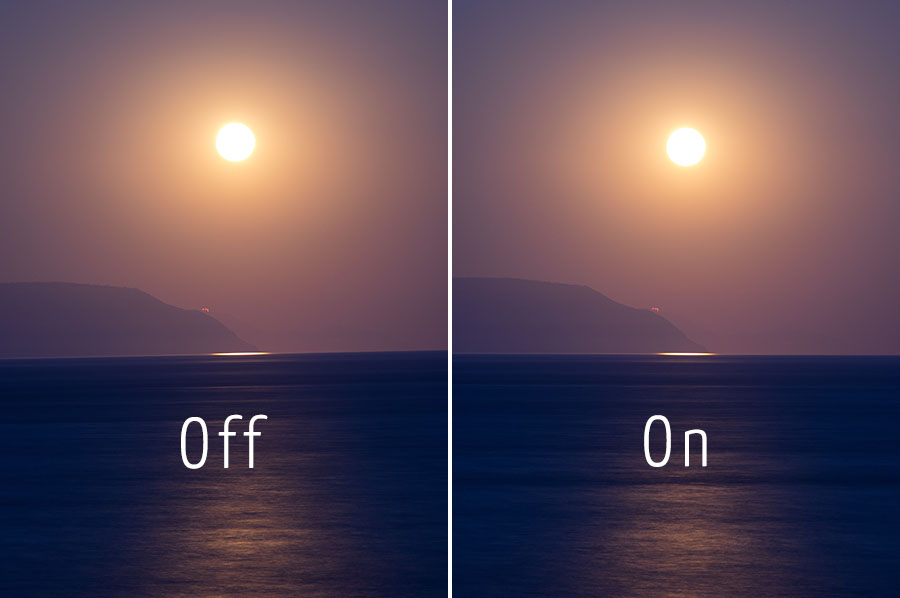 I am reviewing the software as of version 1.11, up till now I have experienced absolutely no bugs, crashes or performance issue. The K-3 & K-5 seem to share near on identical firmware. Pressing the ‘Info’ button shows the intuitive tile interface, where you can quickly get an overview of your cameras settings and change things like DNG/JPG, Shake Reduction, AA Simulator and of course dual SD. Pressing the ‘Menu’ button launches you into the nitty-gritty setup stuff - all 14 pages of it, allowing you to customise just about everything including button/scroll wheel actions, screen/backlight, movie/sound recording, and much more. You can also find in here a few useful utilities such as Pixel Mapping, Dust Alert, Dust Removal and Sensor Cleaning. One new feature I did find is Horizon Correction which uses the image stabilisation system to tilt the sensor up to 6 degrees. Cleverly, when in live view the boundaries for this are displayed on the level meter. I decided to test this out while abroad in Crete using a fantastic moon rise over the sea as my subject. It does exactly what it says on the tin, just awesome! My results can be seen on the right.

Though the body of the K-3 may not have changed much, the same certainly cannot be said for the internals. Sporting a new 24MP sensor with no Anti-Aliasing filter, a new & greatly improved SAFOX autofocus module and the addition of an SD card slot sets this camera apart from its predecessor. But out of all of these, I was most keen to try out the new AA filterless sensor and see how much difference it truly makes. Shortly after purchasing the camera my mum & dad had booked a surprise trip to New York for my birthday; possibly the best place ever for playing with anti-aliasing given the abundance of architecture! My results were interesting - buildings and other angular subjects with straight lines certainly appear sharper and more crisp. But outside of architecture the effect isn't really noticeable and I don’t think this feature alone makes a big enough difference to warrant an upgrade. That said, compared to other AA filterless cameras the K-3 does have a couple of major advantages. A lot of AA filterless cameras tend to suffer with the moiré effect which can occur when many straight lines cross over close together creating a weird ripple effect. This already seems incredibly well controlled and I am yet to experience the effect in any of my images. But, should it happen, the K-3 has an ingenious AA simulator which actually shakes the sensor by a tiny amount to smooth out edges preventing the undesired effect. Unfortunately I have never had the need to use it so I can’t comment on whether its works or not! 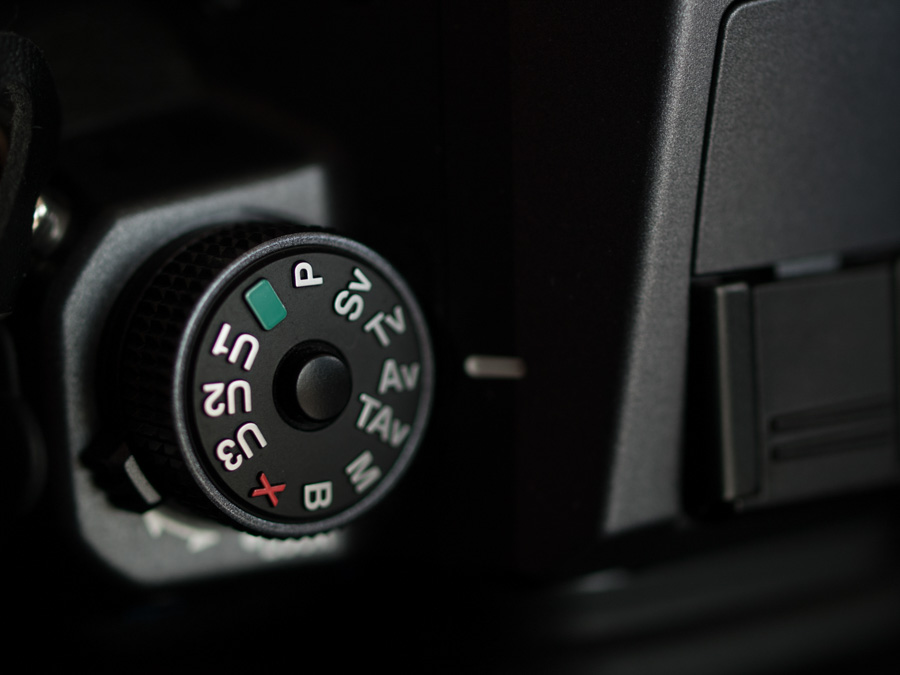 The new SAFOX Auto Focus module is certainly one of the best reasons for upgrading if you are a K-5 user. For the most part SAFOX 9 did a good job but problems arose when shooting in low light, this was greatly improved with firmware releases but it never felt as good as it should. Needless to say SAFOX 11 is spot on demonstrating faster speeds and better accuracy. The difference is night and day (pardon the pun) when it comes to focusing in low light, with the K-3 accurately hitting its target almost every time. On top of that the SAFOX 11 module now has 27 AF-points, although this may sound like a silly amount it does have its uses. Because of the increase there obviously isn't as much room so the focussing boundary of each AF-point is decreased meaning the camera can more accurately focus on what you want it to.

I have saved my personal favourite until last, dual SD cards. You can do some pretty nifty things with this, the obvious being sequential use so once your first card fills up it starts writing to the second. If you prefer shooting both RAW and JPG you can write your RAW’s to card one and JPG’s to card two. But the option I tend to use is ‘Save to Both’ which provides an instant copy of my photos should one of the cards fail. This provides enormous peace of mind when travelling and gives that extra layer of redundancy until I can backup my pictures. 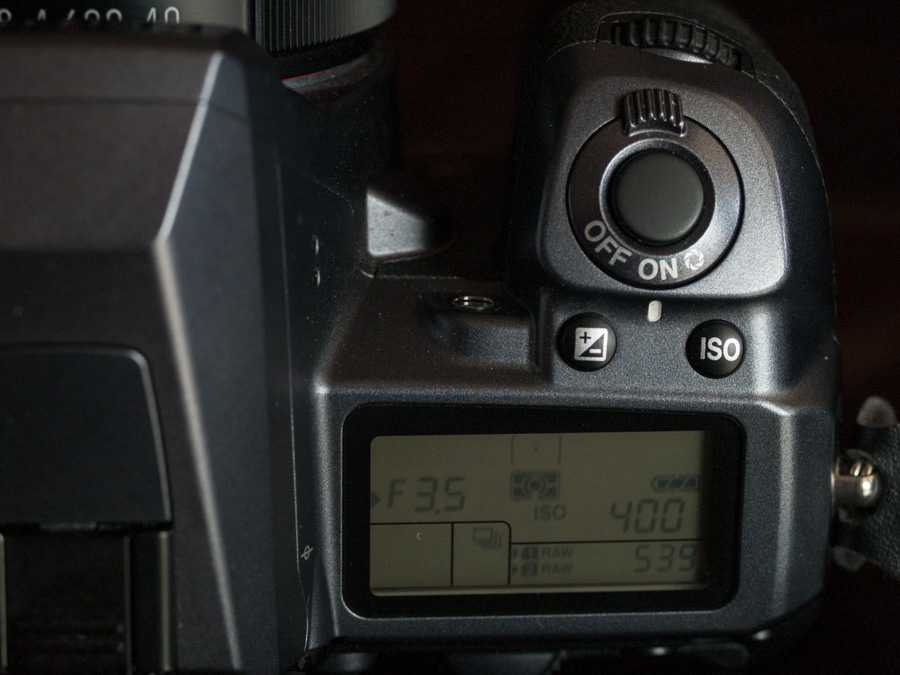 If find it very surprising that quite a lot of DSLR’s still don’t have weather sealing. It is something Pentax have always done very well and because of this, something I take for granted. Me and my Dad always used to have a giggle at some of the massive DSLR’s we saw when visiting the Photography Show wrapped in freezer bags! I treat my gear with a lot of respect and tend to shield it as much as I can in inclement weather, but its nice to know its there. After all, sometimes its unavoidable. While in New York last year the city went into lockdown as a large snow storm made its way across New York. We were out exploring Central Park when the snow began to fall, and boy did it fall. Temperatures were down to -10C and as the skyscrapers disappeared in the blizzard, we thought it was time to call it day and walk back. But not capturing this momentous occasion would be sacrilege. When we finally got back, both my K-3 and 20-40mm lens had a blanket of snow covering them. The metal was so cold it hurt to touch but both still work perfectly.

So, is it worth upgrading? Definitely, this camera has accompanied me on two major shoots to New York and Crete producing some absolutely stunning results when combined with my Pentax 20-40mm Limited. Both the design and ergonomics of this camera are spot-on making it a pleasure to use. While it may look similar to a K-5 on the outside, the inside has seen some major improvements and the addition of some interesting technology. The new SAFOX AF module is fast and precise even in low-light and the anti-aliasing simulator gives the K-3 an edge on most AA filterless cameras. I am intrigued to see where Pentax take the K-series considering a K-3 II has already been released and the long awaited full frame K-1 has been announced. Is this the end of APSC? And what will they do with the numbering system?!