It seems rare today for a camera to come along that looks like it is designed by a photographer and not a by a consortium of IT orientated experts. Most cameras are bristling with buttons and their menu items allow users an almost infinite amount of configuration. Enabling/disabling some of the options can be frustrating to say the least, and having a copy of the manual close to hand is almost a pre-requisite in the early weeks of ownership.

It is into this world that Leica's X1 was born, its Spartan appearance making it stand out from the crowd. It is a beautiful example of minimization, devoid of all unnecessary controls and built to simply take still images. 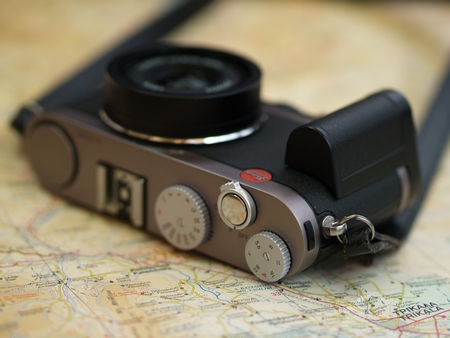 In the few years the X1 has been available, it has been criticized for poor response times, slow autofocus and dubious build quality (peeling skin, lose dials, ill-fitting battery door to name but a few). But during the camera's production, Leica appear to have addressed most problems, and given us a new firmware version which addresses several software issues.  So the evolution of the X1 has not been revolutionary, but one of progress.

I purchased mine several months ago (just before the X2 was announced) knowing fully its foibles and limitations. And it wasn't long before mine fell victim to peeling skin, erratic autofocus, jumping menus and other odd electrical problems. The passport scheme came in handy for getting the camera back to Germany for replacement of faulty parts. I must admit to being very disappointed that so many problems should appear in a model that has been in production for a while. Since its return it has behaved itself.

The X1's image output rarely fails to astonish; having a large APS-C size sensor is obviously a real benefit. But is it not just large sensors that make good images. Leica has built its reputation on world class lenses, and the 24mm (36mm eqv.) f2.8 Elmarit attached to the X1 is no exception. The combination of both of these components, along with a traditional design and use of dials, conspire to create a camera that is inspirational to use.

Menu items are a breath of fresh air to navigate, as there is a distinct lack of anything extraneous. My biggest complaint is that there is no facility to shoot RAW only, and the accompanying JPEG's are quite destructive irrespective of in-camera sharpening levels. Consequently, I usually dump them after transferring images to a computer. The RAW files really shine when processed through Lightroom (supplied as a download with the camera) and contain an awesome amount of detail, particularly useful when recovering highlights and shadows. Using ISO settings of up to 1600 creates very acceptable images – even 3200 can be used at a push. 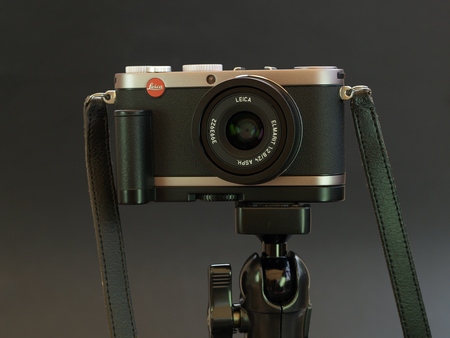 Having used many digital cameras over the years, this is the only model I feel a real affinity with. Coming from a background of interchangeable lens SLR's, I thought I would miss the ability to use different lenses. This has not been the case though – I find the experience liberating. The 35mm focal length is one of my favourites (along with 50mm), so incorporating one into the X1 is a big plus point for me.

This is a small camera - in fact too small for me to use without the optional hand grip. But even with this and the standard semi hard case it is smaller than a digital SLR, therefore I have no excuse for not taking it out with me. In fact I have reached a stage where the X1 is the only camera I take out on many assignments. And now there is the X2 which fully captures the spirit of the X1 but addresses its slow focus, poor battery life and adds the ability to use an electronic viewfinder. It is a shame that Leica chose not to change the lens on the new model (a 50mm perhaps?), as I would have seriously considered adding one to my collection. But then there is always the X3...