September 2016 saw the announcement and release of the sixth lens for Leica’s TL system. Forming the third in a trio of high quality primes, the 60mm lens finally gave the TL system a dedicated macro optic that also doubles as a reasonably fast short telephoto solution. I was keen to ‘round out’ my shooting options with something from the telephoto realm and this makes an interesting alternative to the 55-135 zoom. Of course, given the APSC size sensor, the focal length of the 60mm equates to 90mm which, for me, falls into my ideal focal length of between 85 and 135mm, albeit at the lower end of my requirements. 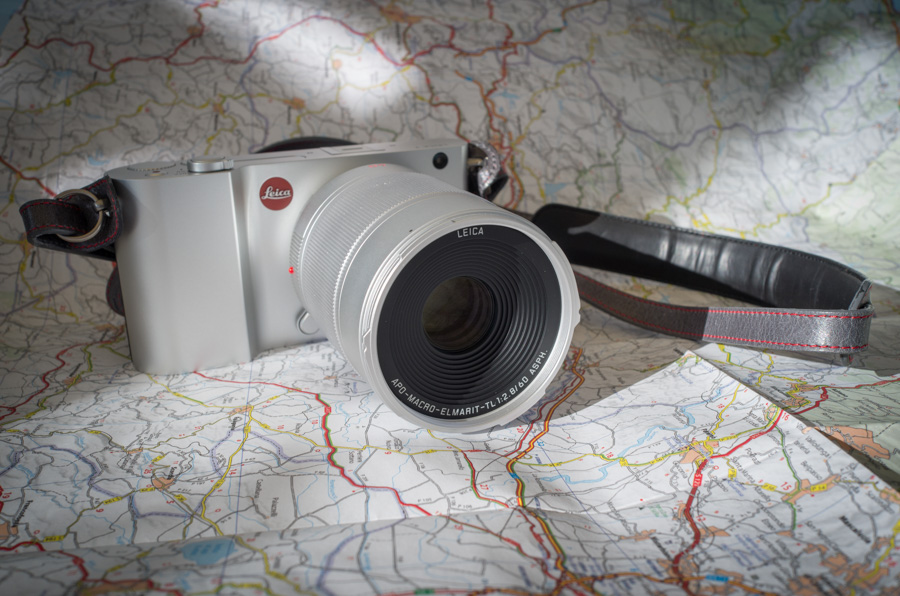 At the time of writing, there is very little information about this optic available anywhere, other than technical specifications and an occasional mention on forums. No detailed reviews exist and very few opinions regarding its performance can be found (other than the usual pointless ones authored by people who have never seen or used it). In fact, very little is heard about it, which is something that immediately grabs my interest. For many years I have enjoyed using equipment that is not widely recognised; Olympus’ 21mm F2 Zuiko was the first such lens in this category that I used…in fact it was the only one of its type I ever saw in real life during the decades it was in my possession. Other focal lengths followed, all of which were stunning performers but never gaining high profile promotion as the likes of more popular brand offerings. I get a real buzz out of using glass that is a little more individual and stands apart from the ‘me too’ brigade. Whether this shows in the images I take is open to conjecture, but this is not of primary importance to me; what is important is that I enjoy using what I own.

The Leica APO-Macro-Elmarit-TL 60mm found its way into my life early in 2017 and gave me macro capabilities for the first time since purchasing a 50mm F2 Zuiko macro for the Olympus E-System 12 years ago. It is available in a black or chrome finish – I opted for the latter as it matches the chrome bodied T and 35mm Summilux I use. Affectionately known to me as the ‘Chromium Twins’ the 35 and 60 make a great team and cover 75% of my needs. This is also the first Apochromatic lens I have owned and no doubt the optical formulae contributes, not insignificantly, to the cost.

The lens weighs in at 387 grams with the hood, which is less that the 35mm Summilux. Given its slightly larger size I was surprised by this, particularly as it contains a complex 10 elements in 9 groups (with 4 aspherical surfaces). As with other TL lenses, the finish is stunning and minimal with just the focal length etched in red (orange for the black version) on the barrel and the serial number and country of manufacture engraved very small on the opposite side to the focal length designator. Interestingly, this lens is made in Germany (similar to the 35mm), while the other four TL optics are made in Japan. Given that I own one of the Japanese made ones, I see no difference in build quality nor performance; they are all very well made with well damped action on the focus rings. The lens hood is the same one as used on the 35mm…superbly engineered but huge, adding around a third to the overall length. While I find the hood useful for general photography, it becomes a bit unwieldy with extremely close up work as it causes additional shadows to be thrown onto the subject. It is also very easy to disturb the subject when moving in too close. 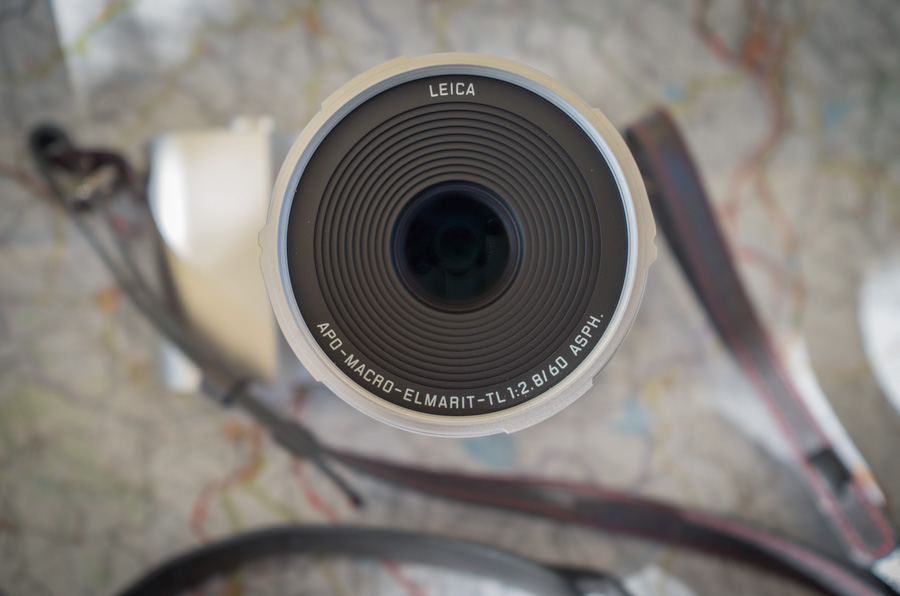 Like the rest of the TL system, no weather sealing is used therefore caution needs to be exercised when using it in less than favourable weather. Be prepared also to have to spend money on filters as a non-standard 60mm thread is used. Although manufacturers such as B&W can supply them, I have found them to be expensive, particularly the C-POL. The upside of this is that the 35, 60, and 55-135 all share the same filter size!

The lens’ focussing behaviour leaves a lot to be desired; in low light it is very slow to lock on to the subject and hunts a lot as contrast fades. I have found this to be true even with the latest firmware for the T (1.61). Close focussing only aggravates the issue, even when macro mode is selected from the camera’s focussing options. In these situations, it is better to switch to manual focus and make use of either the 3x or 6x magnification option. Focussing in normal light is fast and accurate, although significantly slower than many others I have used. I think there is only so much that can be done with firmware to improve performance in this area. Without a significant change to the hardware and method (contrast detection) used, further improvements will be minimal. What I really do appreciate is how silent the autofocus motor is and it has become one of my favourite attributes of TL lenses.

Image quality is nothing short of stunning with little difference between 1:1 and infinity focussing. The transitional areas between what is rendered sharply and that which is out of focus is beautiful, and this is as true for portraits as it is of close up studies; I took a series of flower pictures and the bokeh is wonderfully dreamy and soft. Similarly, portraits and group photos taken wide open are rendered with a 3-D like quality - precisely what I am looking for in a lens of this nature. Colour is reproduced very neutral in the DNG files, an attribute repeated in other TL lenses I own, while sharpness is excellent across the f-stop range. All of this adds up to give me RAW files that require very little processing which, in turn, reduces my workflow and time spent in front of a computer.

An interesting point that is not disclosed in any of the promotional information and technical specifications is that the lens cannot be used at f2.8 when focussing at its closest point. In these situations, it automatically shuts down to f4. For users of the X113 this will sound all too familiar, as the aperture of the fixed f1.7 lens could not be used at this value when close focussing. This, we were told, was to preserve image quality that typically falls off at wide apertures and close distances. I was not entirely sure that this should be the case with the 60mm, so I contacted Leica’s Client Care team. My suspicions that this was not a fault, but part of the design were confirmed when I received the following response; 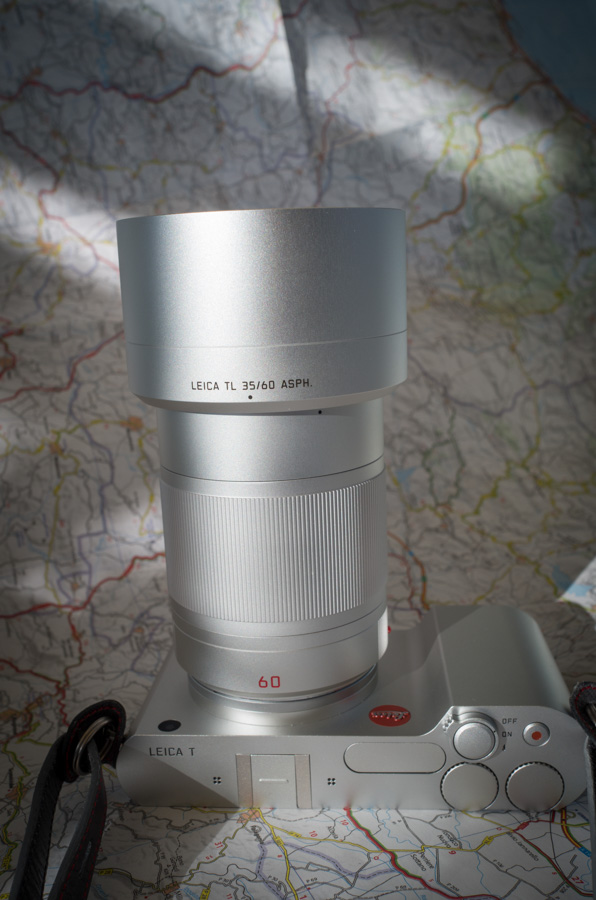 “A normal 'taking' lens is corrected for optimum results at infinity. Because of this, there is usually some deterioration (loss of sharpness) in the close focus region. Up to about 2m, such losses are usually very slight (negligible), but the problem get (sic) worse with wide aperture designs – one reason why macro lenses always feature modest maximum aperture values.

A 'true' Macro lens is corrected to give optimum results in the close region, but usually as a result performance is often slightly less good at infinity. Since the 60mm Macro for the TL has internal focusing, it's likely to be 'good' at most focusing distances. I would guess this lens is actually corrected for infinity, and they found sharpness fell off a tad in the closest region.

Leica's definition of 'Apo' is very strict, and any lens with this designation has to reach 'Apo standards' at all apertures and focusing distances. Almost certainly, they felt the performance at full aperture in the close range was slightly compromised. So that's why they designed the aperture to close down when focusing close.

You tend to get a slight loss of sharpness in the close-range with most lenses, so it's recommended that you close the lens down slightly in order to reduce this.

The 60mm Macro is programmed to do this automatically; it's nothing to worry about!”

Given that depth of field is so shallow at 1:1 magnification, the fact that the lens closes to f4 really is not a problem in actual use. Some of my older macro lenses’ maximum aperture was f4 and historically I never found this limiting in any way. However, it would be useful if Leica disclosed this information in their technical specs.

If you are a user of short telephoto and macro optics, there is little to dislike about this lens other than its sedentary autofocus and cost. The former will likely be addressed in a new camera body but the latter, as with most Leica products, requires careful consideration. 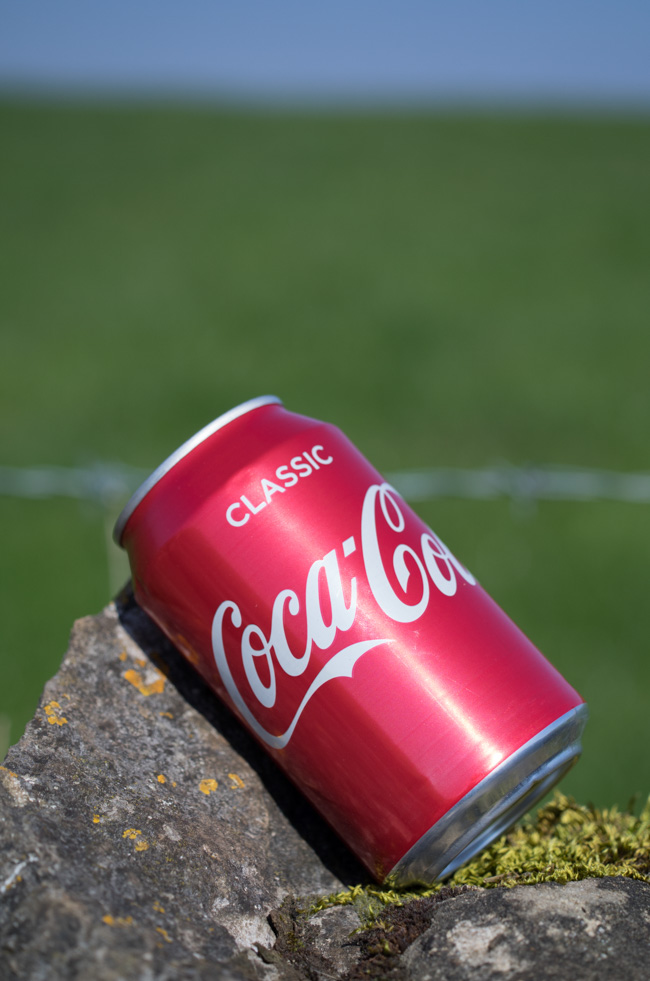 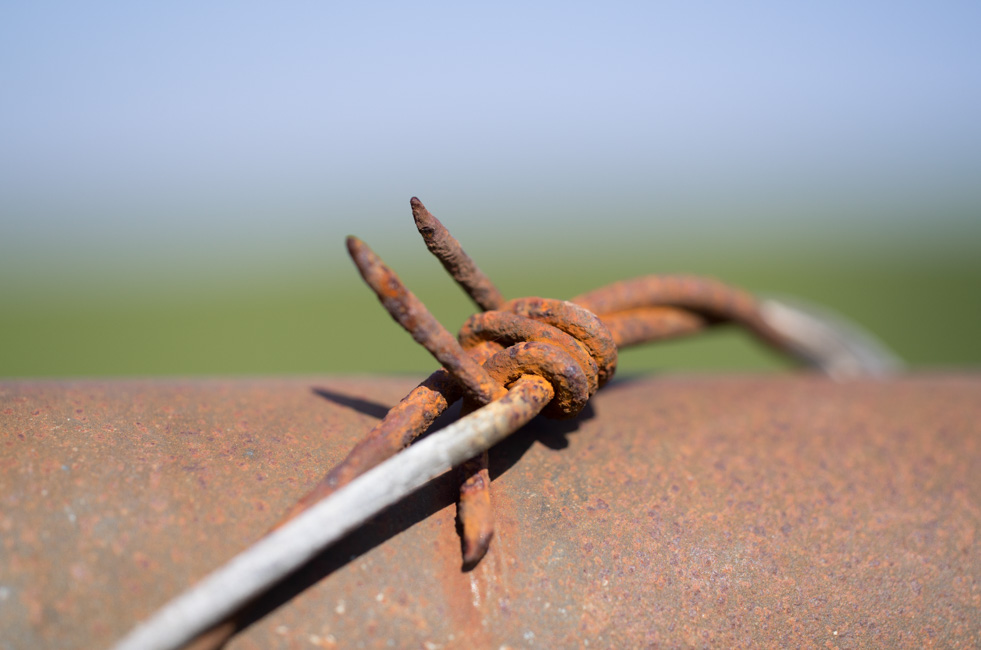 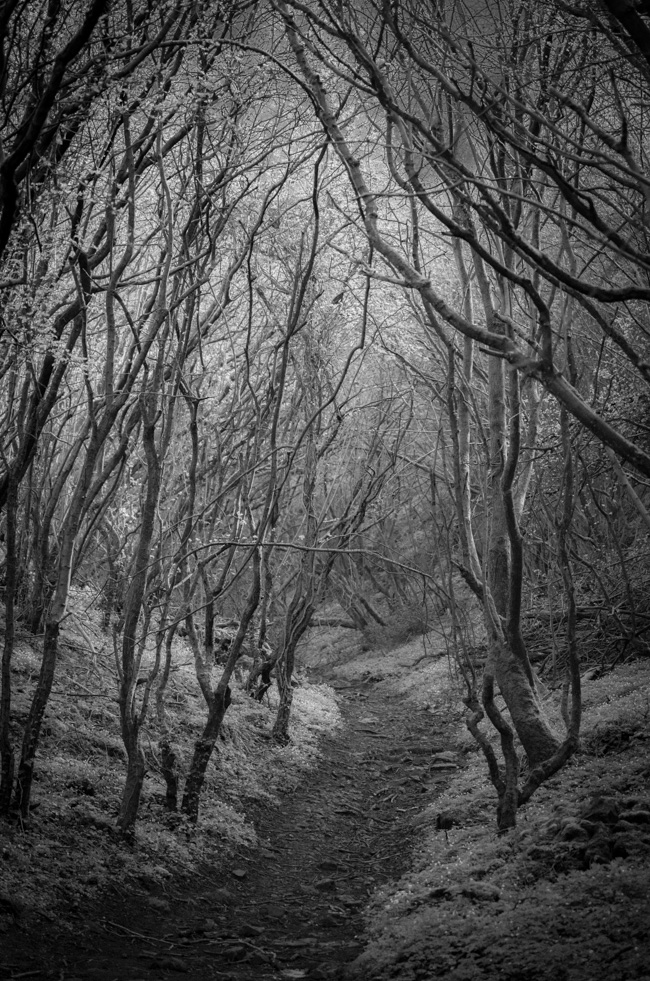 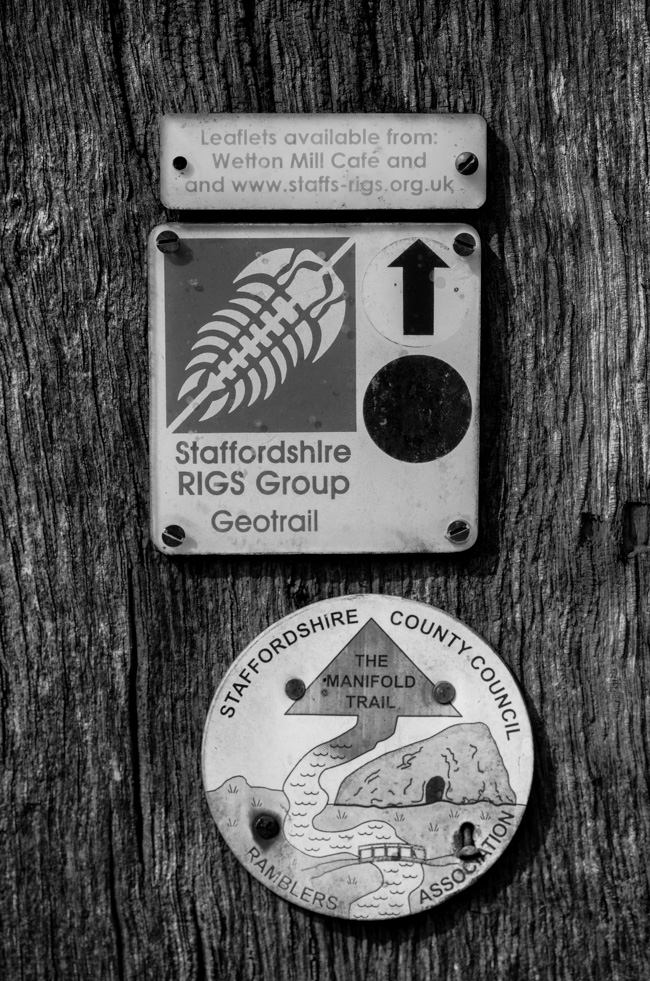 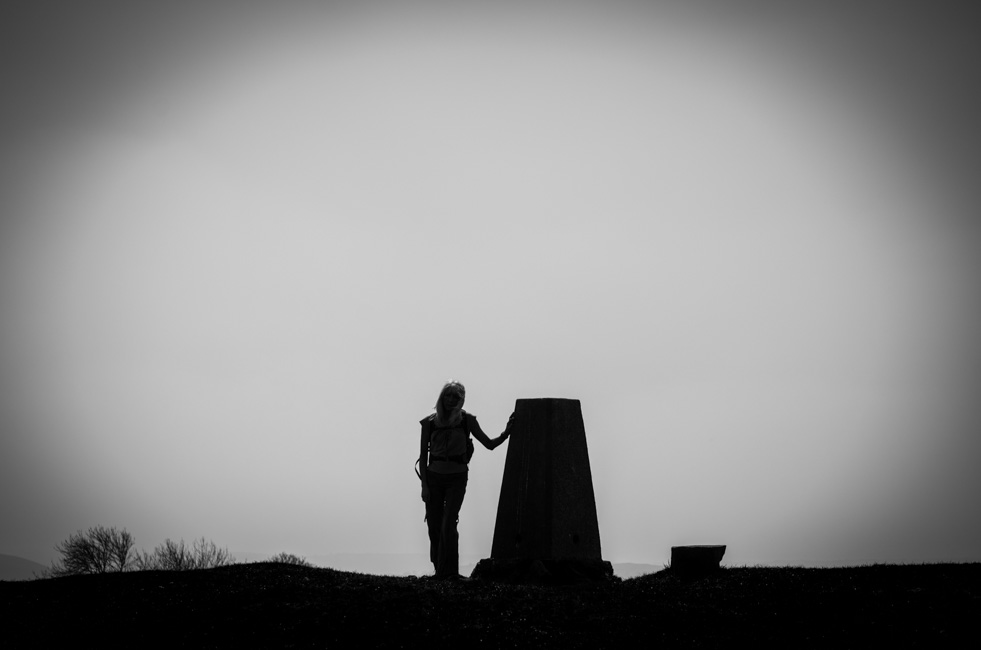 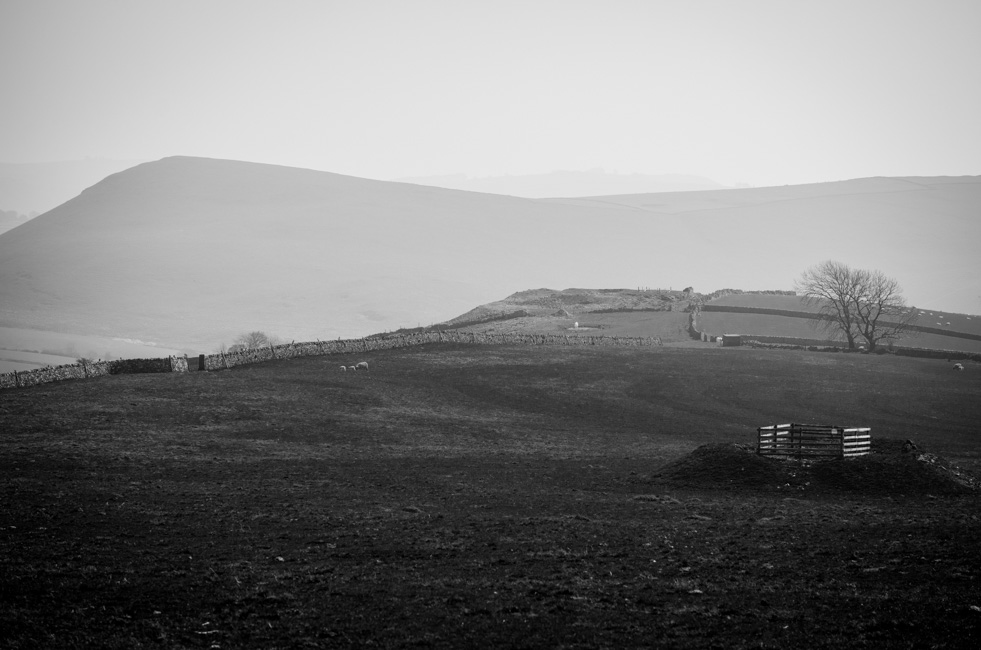 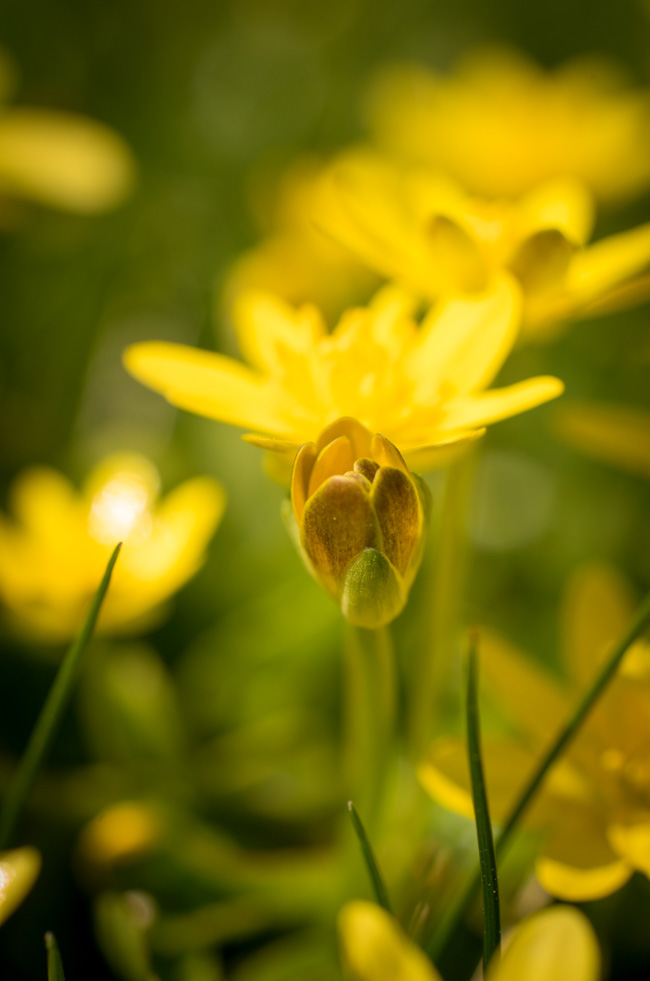 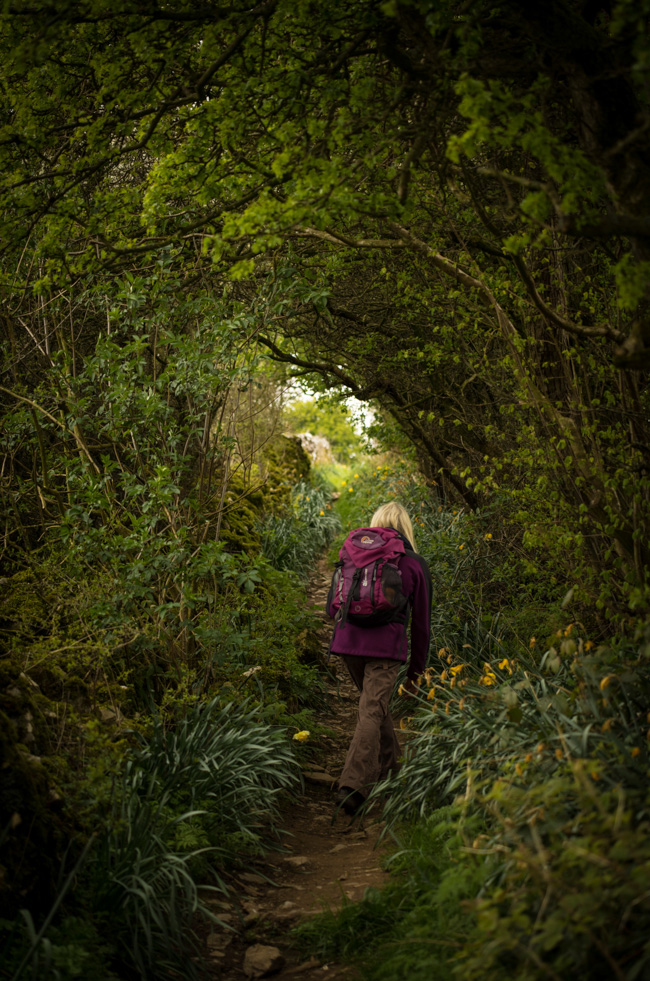 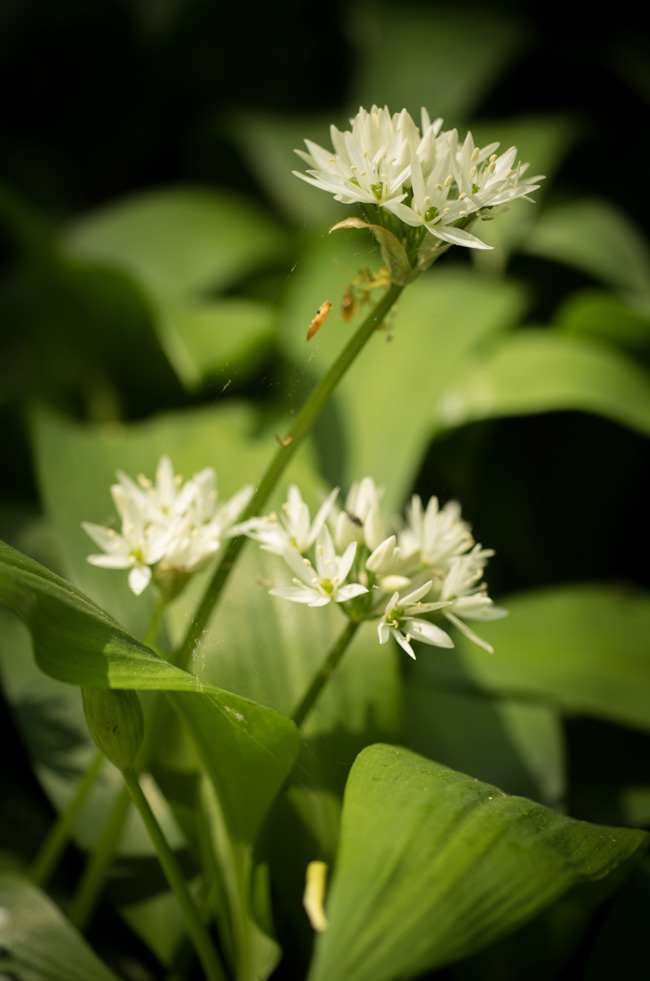 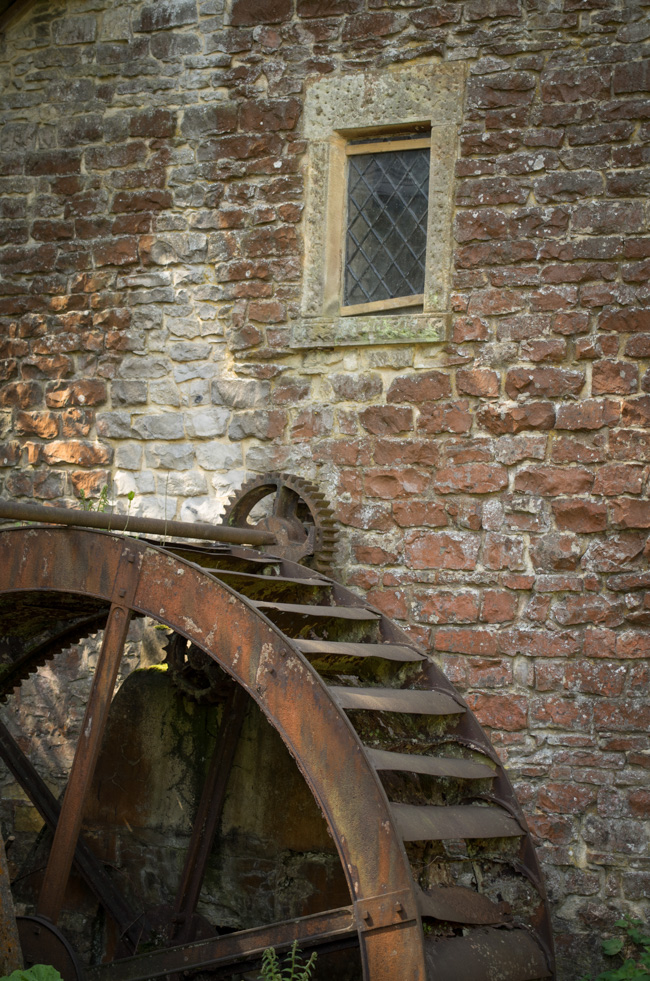 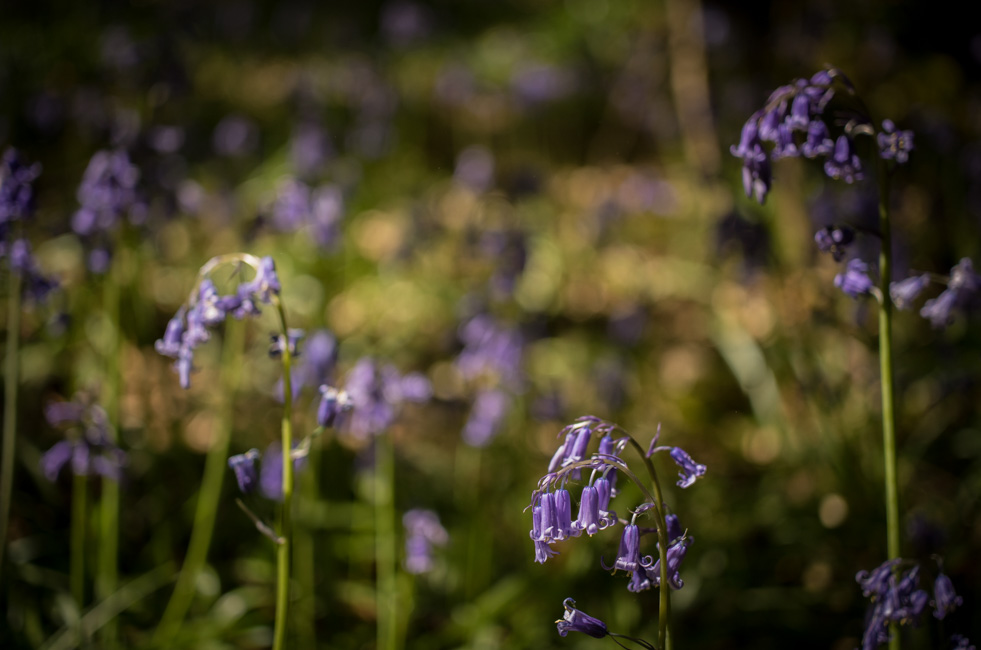 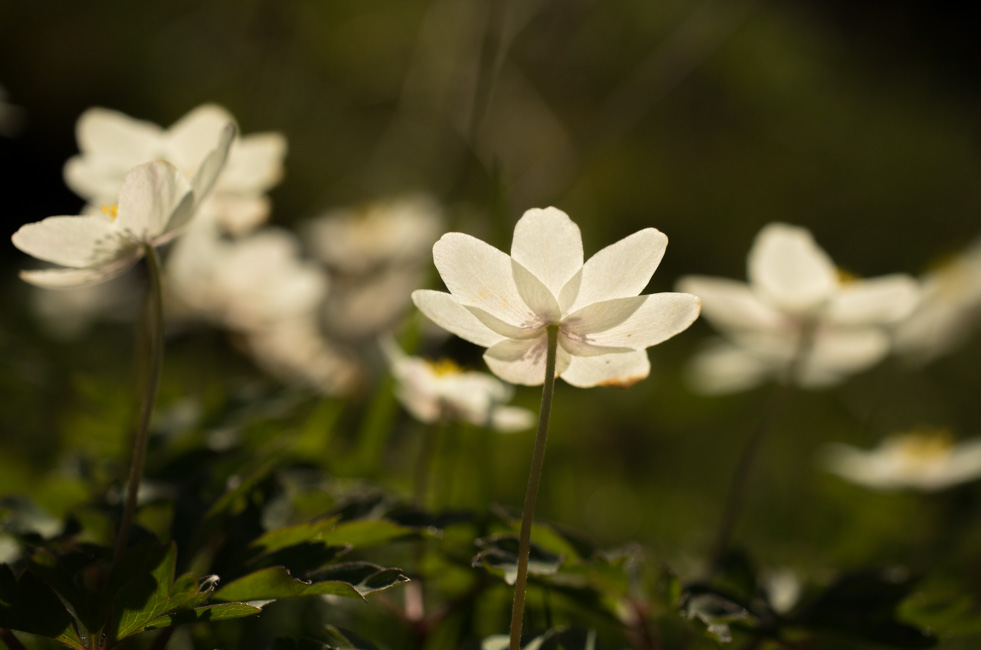 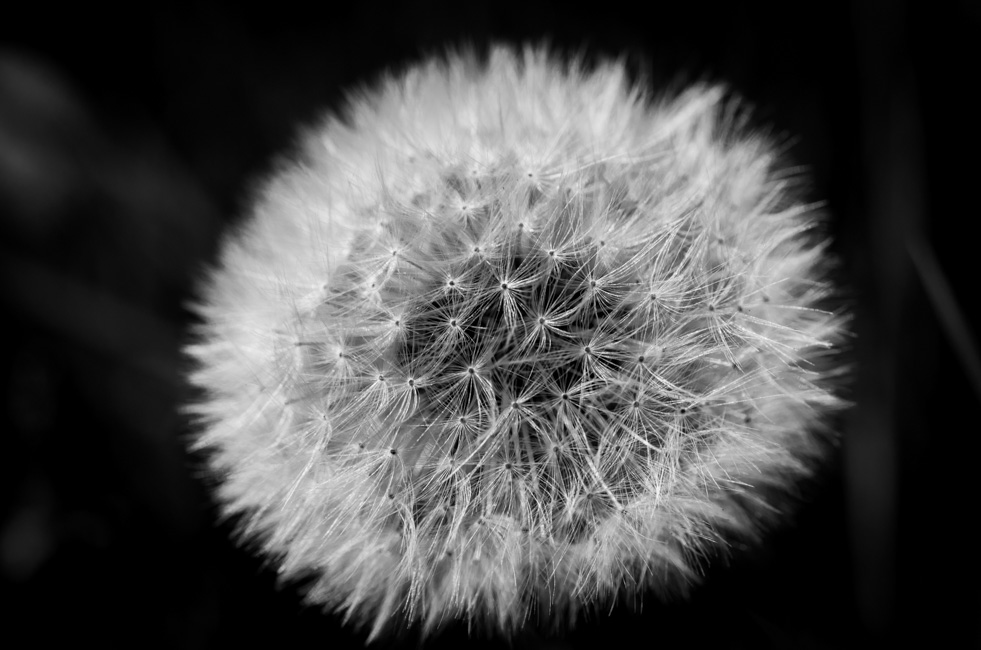 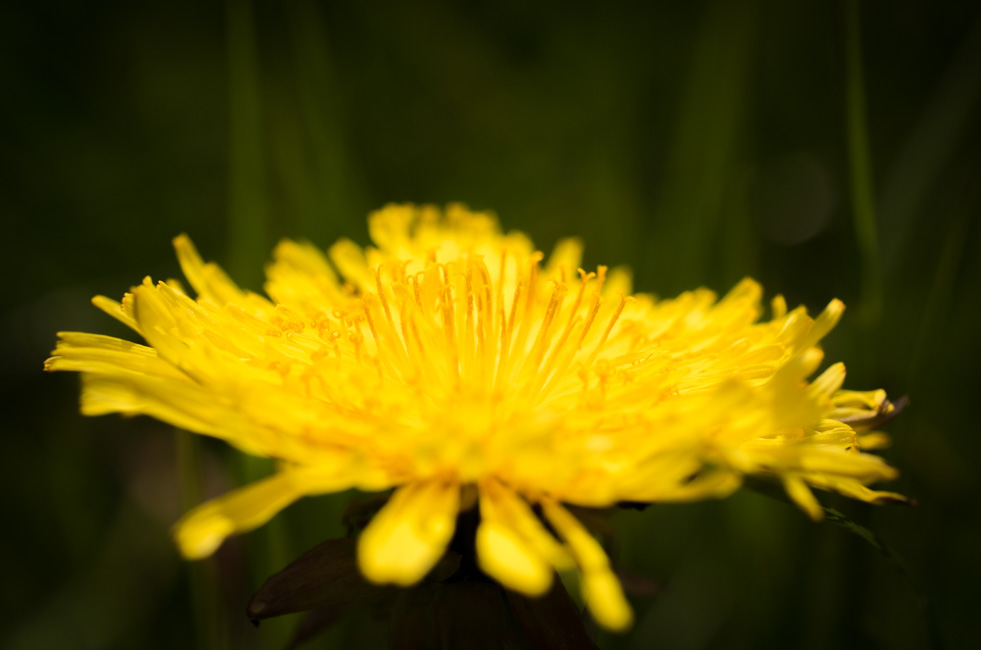